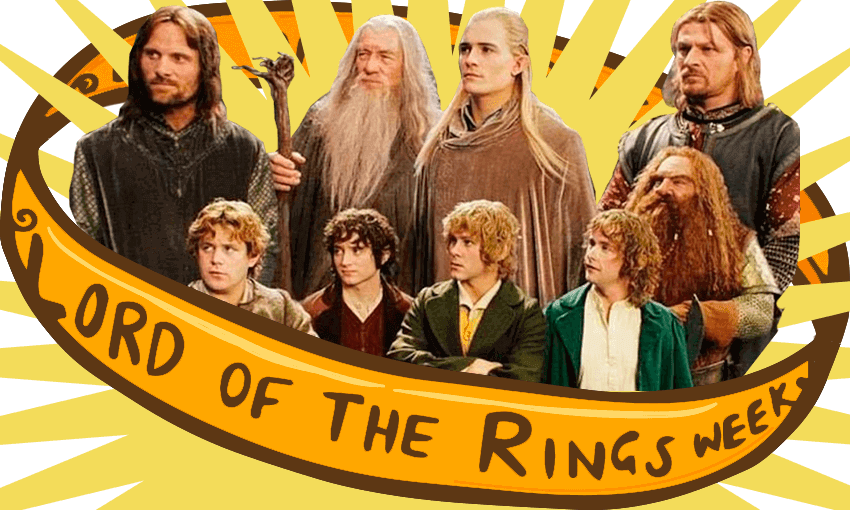 The original cast for Lord of the Rings: White, male and straight. Image: Tina Tiller

Gandalf, Gimli, Gollum and Galadriel: What if Lord of the Rings was cast now?

The original cast for Lord of the Rings: White, male and straight. Image: Tina Tiller

A Lord of the Rings movie trilogy remake is probably going to happen sooner than you think. Let’s give the casting agents some ideas.

There are few certainties in life: death, taxes, and a complete reboot of the Lord Of The Rings trilogy. Only one of these three eventualities terrifies me. Spoiler alert: it isn’t death or taxes.

A remake of The Lord Of The Rings is a matter of when, not if. If you don’t believe me, allow me to gesture broadly at everything Hollywood is doing right now. Rings is no exception; Amazon threw millions of dollars at the Tolkien estate just for permission to make a series set in Middle-Earth, and it reportedly won’t have any crossover with the flagship movie trilogies.

What would a remake look like, though? And, more importantly, who would star in it? Let’s put our speculation hats on! Before we go on an adventure, let’s put in place a few ground rules to guide us on this epic quest.

First, we can assume that any remake will have an insane budget, given the money it will be expecting to make back, so we can afford to spare no expense on the cast.

Secondly, the original trilogy’s main cast was, let’s be honest, pretty white, male and straight. So we’re going to mix that up. You can’t tell me there aren’t any people of colour in Middle-Earth. Or LGBTQ+ people. I saw the Frodo-Sam dynamic in the original.

Lastly, we’re only recasting the first film, which turns 20 years old this week. That means there are just 15 main roles up for grabs. I’ll be honest, my first instinct was to bang out half the cast by just putting BTS in the film.

But since that isn’t the most thoughtful approach, here are some real suggestions:

Just make peace with it, folks. Tom is young, he has cute cheeks, and his British accent — when he isn’t being Peter Parker — make him a perfect fit for the role.

John Boyega might seem like an odd choice but consider that Sam occupies a unique space in Lord of the Rings: he has to have heart and carry the occasional laugh, but he also needs to be able to carry the odd action scene (especially when we get to the third film). Boyega has shown he is capable of comedy, drama and action, and he’s in desperate need of a new franchise after the disappointment of his Star Wars trilogy. I’m legitimately excited for this.

Hey. Stop yelling and hear me out. OK, sure, Daniel Craig is now best known as Bond, James Bond. But he has surprising range (just see Knives Out or Logan Lucky), and will be able to portray the wisdom, heart and, occasionally, frightening level of power the role requires. And I think this works for Craig too: he needs a new major role to define himself with. Gandalf gives Craig a real chance to shed the Bond tag for good.

Idris Elba is one of the most under-rated stars in Hollywood and he’d be perfect here: his recent turns in The Suicide Squad and the Thor franchise show he can wield a sword, carry an action scene, lead an ensemble, and demonstrate the humility and courage required of Aragorn, essentially the co-lead of the series.

Ana De Armas was by far the best thing about No Time To Die, and was stellar in Knives Out too. Honestly, I just wanted to put De Armas in this thing, so here she is.

I’ll be honest, I just get the sense that Riz Ahmed would have a helluva time scooting down a set of stairs on a shield, arguing with a dwarf and taking down an ollyphant while yelling: “It still only counts as one!”

This is perfect casting and you know it. Sure, O’Dowd isn’t a huge name like his cast-mates, but he can do funny, he can do gruff, and he can be a big teddy bear, which is really the most important thing about the character.

Cavill is first-ballot for this cast, but he is also Superman and The Witcher, and is apparently up next in Highlander, so he doesn’t want to be doing three of these things. Let’s just bring him in, give him the “one does not simply” meme, enjoy his overly muscular physique for a little while, and then watch him die.

Ncuti Gatwa is best known for his work as Eric on Netflix’s Sex Education, the best friend of Otis before gradually becoming the heart of the show. In Rings. Merry and Pippin are both framed as comic relief, but Merry is the more mature of the two, and gets a meatier sub-plot in the third film. I think Gatwa is ready for the big time.

Swinton is one of the most incredible and versatile talents in the world, and I am certain would be fabulous here. Plus, if you had to choose one actor or actress who was actually an elf, wouldn’t it be Swinton? She needs to be part of the elvish cast of this movie, and this makes the most sense.

Did I do this because I want to hear Cousin Greg say, “But what about second breakfast?” Yes.

We have a running gag in our house that Gary Oldman is such a good actor that my wife can’t remember who he is until you name one of his characters. The role of Saruman would allow Oldman to tap into some of his earlier, more villainous and versatile performances – think Stansfield in Leon: The Professional or Zorg in The Fifth Element.

Bilbo gets just two key scenes in Fellowship: his hilarious speech at his 111th (“eleventy-first”) birthday when he tells the crowd “I like less than half of you half as well as you deserve”, and the jump scare in Rivendell when he turns on Frodo and tries to grab the One Ring. If you’re going to have a random Giamatti cameo, this is it.

Lady Galadriel is a beautiful and bewitching woman, someone with a bit of sass but with the range to play a warrior, to play a monster, to play an ageless being with wisdom and power unimaginable. Kerry Washington is all of that and more.

It seems sacrilege to suggest anyone other than Andy Serkis, but we must. Sean Gunn is a random choice but consider that, one, he is already doing motion capture work for characters like Rocket Raccoon and Weasel on his brother’s films Guardians Of The Galaxy and The Suicide Squad, and, two, he can do voices and act, as per scenes in the aforementioned films. Besides, who else is there? A lot of actors do motion capture, but few are specialists. Gunn is a specialist. Worst case scenario, he only has to be glimpsed a couple of times in this first movie and we can replace him with Toby Kebbell or something.