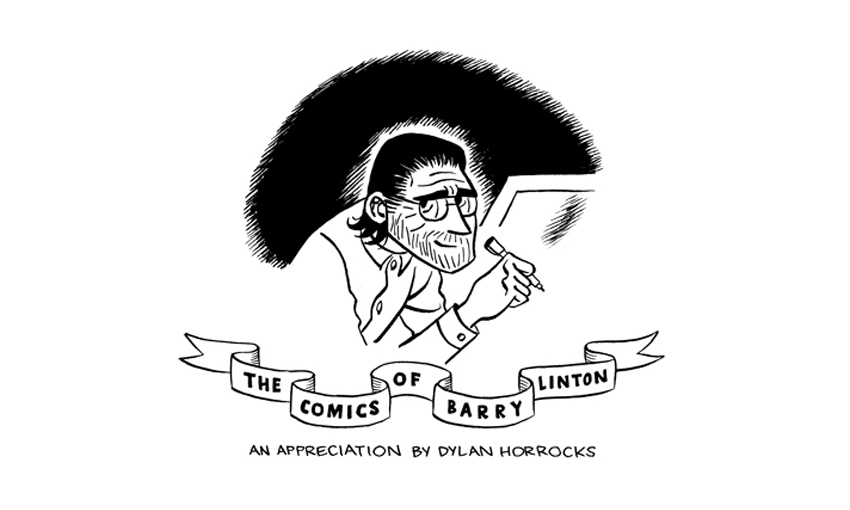 Last week New Zealand lost a true legend. A relatively under the radar one, but a legend none the less. Barry Linton, often called the godfather of comics in New Zealand, passed away aged 71. He was a revered figure for those familiar with his work, and a mentor and inspiration to several generations of local cartoonists, comic artists and illustrators.

But as incredible and unique as Barry’s work was, it never completely found a major mainstream audience. The small local comics crowd revered him, and in later years he was recognised to a degree by the literary and art scenes – appearing in Landfall, and at the Auckland Art Gallery, and occasionally in the Listener for example, and local indie comics publisher Pikitia Press released two Aki books in recent years – but it’s astounding to me that his work has never been collected by the big publishers and more widely distributed.

Not that it ever slowed Barry down. Over 40-odd years of creating work he never watered down his intelligent, challenging idiosyncratic approach. He never compromised to make something more accessible, never tried to fit in.

I’m not sure what else to say. Below you’ll see a comic from a couple of years ago by one of our other great toanga of NZ comics, Dylan Horrocks, paying tribute to Barry and outlining his career and why it was so important, and Dylan says all this much better than me.

There will be a small commemoration event celebrating Barry’s life and work for friends and family this Saturday in Auckland. RIP.

To The I-Land appears in Incomplete Works, by Dylan Horrocks (VUP, 2014) and was originally printed in Look This Way: New Zealand Writers on New Zealand Artists, edited by Sally Blundell (AUP, 2007)