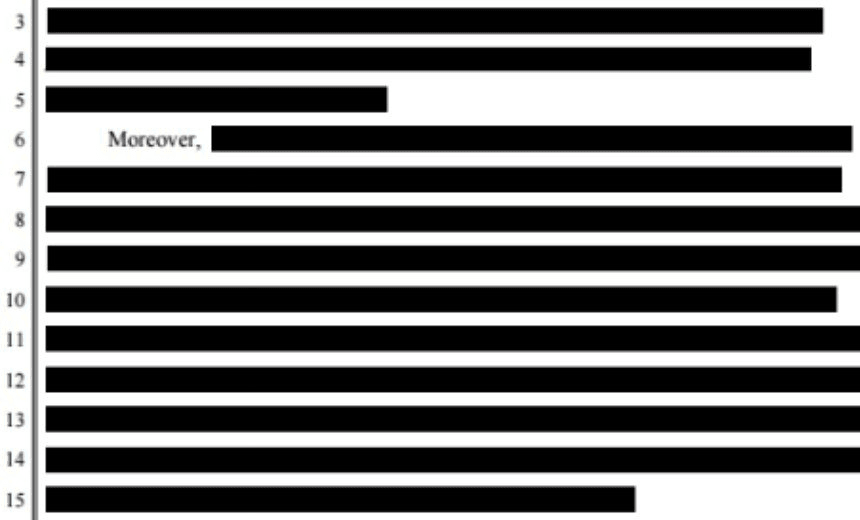 By Gavin Ellis
Guest writer
Made possible by

This excerpt from former editor-in-chief of New Zealand Herald Gavin Ellis’s new BWB Text, Complacent Nation, has been modified for exclusive republication with The Spinoff.

In November 2015 an acknowledged academic authority on gang culture revealed – with the backing of his Vice-Chancellor – that he had been deemed by the New Zealand Police to be unfit to conduct research. That determination meant that Dr Jarrod Gilbert, a sociologist at the University of Canterbury, was denied access to even the most basic and uncontroversial police data. He had been deemed unfit because of his ‘association with gangs’, a scenario that could have provided Joseph Heller with a worthy successor to Catch-22. Dr Gilbert’s reputation as a researcher and award-winning author was based on ethnographic observations that required him to ‘associate’ with New Zealand gang members.

He requested a copy of his own police file – which may have provided clues to his ‘unfitness’ – only to find that 17 of its 20 pages had been completely blanked out. The polite term for this form of censorship is ‘redacting’ and ten sociologists from the University of Auckland signed a letter condemning the police action.

New Zealand Herald investigative reporter David Fisher said the contracts were ‘an example of a growing wave of conditions placed on academics dealing with the government sphere because of concern research might expose politicians to criticism’. The president of the Police Association Greg O’Connor, far from supporting the police action, echoed Fisher’s comment and said it was an issue facing not only people dealing with the police but with the public sector, which had adopted a defensive posture.

The glare of publicity and academic condemnation forced a climb-down by the police, who issued an apology to the academic and labelled the original decision ‘a mistake’. Police also stated the wording of their research contracts would be changed and that it had never been their intention to restrict academic debate.

I have been around long enough to take these developments with a grain of salt. I think the original situation reflected an entrenched police culture and the reassurances were given only because one manifestation of an organisation’s attitudes had been publicly exposed as untenable. The culture will not change with the stroke of a pen. Dr Gilbert’s encounter is only one episode in a protracted war between the public’s right to know and political or bureaucratic self-interest. It is a war largely ignored by a general public that is either indifferent or perhaps beguiled by the belief that ‘we live in a free country’.

Throughout my book, Complacent Nation, you will find numerous instances of limits being placed on both the information we may receive and what we may freely write and say. Some are legitimate, others are self-serving and some are little short of scandalous.

As a journalist advocating for media freedom over the years, I had been driven by self-interest, I suppose, when I drew inspiration from John Milton’s seventeenth-century call for de-licensing of presses in Areopagitica. I had seen his plea – ‘Give me the liberty to know, to utter, and to argue freely according to conscience, above all liberties’ – in the context of a free press. I saw his belief that truth would prevail over falsehood ‘in a free and open encounter’ as the environment in which journalism flourished. But I also saw why he acknowledged limits on acceptable speech (his intolerance of Catholics notwithstanding).

These limits have been encapsulated by American literary theorist, Stanley Fish, in an aptly titled essay, ‘There’s no such thing as free speech … and it’s a good thing, too.’ Fish does not see speech as having inherent value but as something that takes its value from ‘the good to which it must yield in the event of conflict’. As an editor I was always mindful of this carved-out space because part of my job was to decide where to set the limits of what I regarded as acceptable content in our newspaper.

My principal guideline was the concept of harm. Perceptions of harm are at the core of journalistic ethics as well as much of the jurisprudence relating to a free press. Justice Oliver Wendell Holmes provided a perfect example of harmful speech – falsely shouting ‘fire’ in a crowded theatre. Not publishing information that could cause unnecessary harm was always a good starting point for me. However, ‘harm’ is a deceptively simple word.

I drew on more than one occasion on the work of nineteenth-century political economist John Stuart Mill. To gain an insight into the proper exercise of power, I took considerable guidance from his essay On Liberty in which he stated that ‘the only purpose for which power can be rightfully exercised over any member of a civilised community, against his [sic] will, is to prevent harm to others.’ Compulsion could only be justified where the conduct being deterred is calculated to ‘produce evil to someone else’. He went on to say, ‘The only freedom which deserves the name is that of pursuing our own good in our own way, so long as we do not attempt to deprive others of theirs, or impede their efforts to obtain it.’

By ‘harm’ he meant acts that were prejudicial to the interests of others. In an essay on utilitarianism he addressed injustice: wrongful aggression and wrongful exercise of power. I saw the news media as a check on these phenomena. His discussion of injustice listed various forms of harm including direct suffering, deprivation of a physical or social good that could reasonably be expected, and the wrongful interference with another’s freedoms. It is clear from Mill’s writings that he made a clear distinction between harm and offence. Editors must do likewise, on an all-too-regular basis.

I didn’t have the benefit of New Zealand-born philosopher Jeremy Waldron’s writing on the subject while I was an editor, but his 2012 book The Harm in Hate Speech has since helped to close the circle for me on how we should make that distinction between harm and offence. He advocates substituting ‘offence’ with ‘assault on dignity’, a phrase that admirably captures the real harm that certain categories of speech can cause. He uses ‘dignity’ in the sense of a person’s status as anyone’s equal in the community they inhabit. He extends it to their entitlement to basic justice, and to the fundamental elements of their reputation. This, he says, is worthy of protection by legal sanction while protecting people’s feelings against offence ‘is not an appropriate objective of the law’.

Dignity is not just decoration; it is sustained and upheld for a purpose. The social support of individual dignity furnishes for people the basis of a general assurance of decent treatment and respect as they live their lives and go about their business. Protecting people from assaults on their dignity indirectly protects their feelings, but it does so only because it protects them from a social reality – a radical denigration of status and an undermining of assurance – which, as it happens, naturally impacts upon their feelings.

Waldron provides a useful benchmark but the limitations that society accepts as legitimate are not always imbued with the clarity he brings to the subject. They range from provisions enforced by law to the social strictures that still exist even in an era when social media is breaking down old codes of behaviour and creating new ones. We accept, for example, restrictions on reporting that are necessary to ensure a fair trial or to protect victims of crime. We accept the validity of preventing the exploitation of women and children by pornographers and condone (sometimes futile) attempts to control pornography on an otherwise unencumbered internet. And some of us baulk at the use of certain obscenities in print and in conversation.

Acceptable limits become questionable when they are open to the use of disproportionate influence, are counter-productive, or have unintended consequences. […] The western world is coming full circle: where the past three centuries have seen the rise of democracy and the recognition of human rights, the twenty-first century’s reaction to misappropriated religion and psychopathic fundamentalism has been to curtail those rights. Perversely, this reaction has been in the name of freedom and this has given it an acceptable face. Confronted by threats, people take a lot of convincing that safeguards are needed against abuses of their rights. It is unfortunate that the right of free expression in New Zealand has largely been taken for granted and debased as a result. Instead of actively promoting this right as a necessary public good it has been simply characterised as a fact: we have freedom of expression. It is not that simple. In my book I illustrate its conditional nature, its nuances, and the subtle – and unsubtle – ways that freedom of expression has been eroded.

A groundswell could emerge from a national conversation if enough people add their voices. We also have to play a longer game. I was part of a project that sought ways of improving civic knowledge and participation along with a more meaningful contribution by news media by the year 2030. The Civics and Media Project recognised the role of education: we must teach our children to value freedom of expression if they are to place greater importance on it than it now enjoys. This long game is vital but we cannot simply place the issue in a slow cooker. Jarrod Gilbert’s experiences led the New Zealand Herald to tell us to take stock. I think we already know that change is required now.