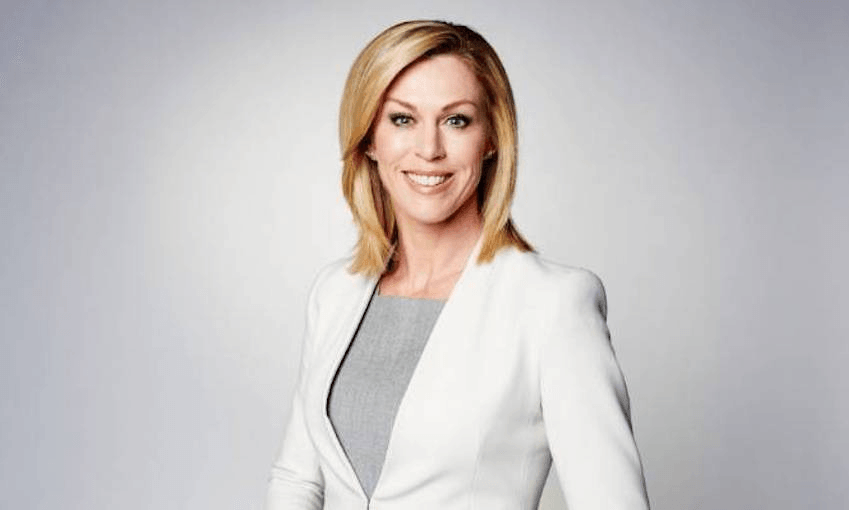 By cutting Wendy Petrie, TVNZ loses a great anchor and a major opportunity

There’s a genuinely moronic characterisation of newsreading which holds that it’s a low skill job that anyone can do. Just read off the autocue for an hour, collect your $500,000 a year-ish salary and that’s you for the day. It’s flat wrong. Newsreaders mostly arrive at work hours before their shifts, with some notorious for helping junior reporters with their edits or helping polish their own scripts. Some go out reporting in war zones, many have to carry the weight of their personal lives becoming company property, contractually obliged to submit to a certain number of personal interviews in lifestyle magazines each year.

All become part of the machinery of their parent media company, rolled out to woo advertisers at events, shake hands and turn their megawatt charm on anyone the company needs it. Their faces adorn bus shelters and network promos year-round, and thus must look essentially the same each night. Seeing Tova O’Brien with a few hairs out of place, her skin shining like everyone else’s during the rushed-in live cross to cover the latest beats of the Andrew Falloon saga was a reminder of just how much time the women of television must spend in hair and make-up to be allowed into primetime. It also is a reminder that events change on the fly, and newsreaders must adapt to that in real time, while making everything flow like syrup, night after night after night.

Perhaps the harshest thing news presenters experience is near-constant speculation about their jobs, and about who might replace them. Occasionally, that speculation is well-founded, as with Wendy Petrie, the longtime anchor of TVNZ 1’s iconic 6pm bulletin, who has lost her job in a very public way.

More agonisingly, she has lost it to her co-host, Simon Dallow, whom she has sat alongside since 2006, as it moves to a solo anchor position as part of a drive to find $10m in cost savings. It begs a number of questions. Most prominently: why Petrie? After 14 years on the job, she and Dallow both appear equally skilled, the only difference being that Dallow is seven years older. It fits an unfortunate pattern, witheringly diagnosed by Hilary Barry a few years ago in an interview with me. “Seeing women over a certain age on television is one issue that absolutely needs to be addressed,” she said. “I am the oldest woman in a full time job on television and I’m 47.”

Now, that interview was three years ago, and Barry is still on television at 50. But the fact of Petrie being excised in favour of her older co-host does seem to perpetuate a recent trend of men being allowed much lengthier lives behind news desks than women, with Dallow a similar age to John Campbell and Mike McRoberts, neither of whom appear likely to be going anywhere.

Perhaps a bigger question is why, if the object is cost saving, would you retain either? Anchors are notoriously highly paid positions; anchors who have presented TVNZ’s 6pm bulletin for 14 years can be assumed to be among the most well-compensated figures at the network. There are any number of highly qualified presenters rattling around the TVNZ building – there was (and remains) an opportunity to introduce a new one.

The arguments against that come back to ratings risk (the show is a juggernaut which effectively funds the whole company) and the skill required to execute. On the ratings front, it’s hard to credit that as an issue – Seven Sharp radically changed its hosts and saw no great change to its numbers, and it seems many New Zealanders could never imagine changing their routine of watching TVNZ’s bulletin. And on the talent front, TVNZ has a formidable training and support regime, and a number of backup news hosts. Delve into the likes of Te Karere, Breakfast and Sunday and the pool becomes deeper still. In those locations you also see a diversity of ethnicities which has never been present as a core host for the TVNZ 6pm bulletin – easily the most-watched television programme in the country, year in, year out. As Hayden Donnell pointed out in an essential interview with RNZ CEO Paul Thompson, this is something it shares with Morning Report, the radio equivalent of TVNZ’s 6pm news. Indeed, it’s telling that private sector competitor Three has had a far better record of putting people of colour in prime slots, from Neil Waka to Carol Hirschfeld to Mike McRoberts, than the state broadcaster.

Personnel decisions are never easy. Privacy dictates that what truly drives them is rarely made public. Perhaps Petrie is horrible to work with, perhaps Dallow is happy to drive news crews around off air. Perhaps the risk involved in an entirely new team at such a crucial news moment (Covid-19 and an election) is judged too great. But this move looks from the outside like a somewhat throwback decision, during an era for news and media which is hungry for change.

TVNZ declined to comment when approached this morning. The company later released a statement confirming that Petrie was losing her job.