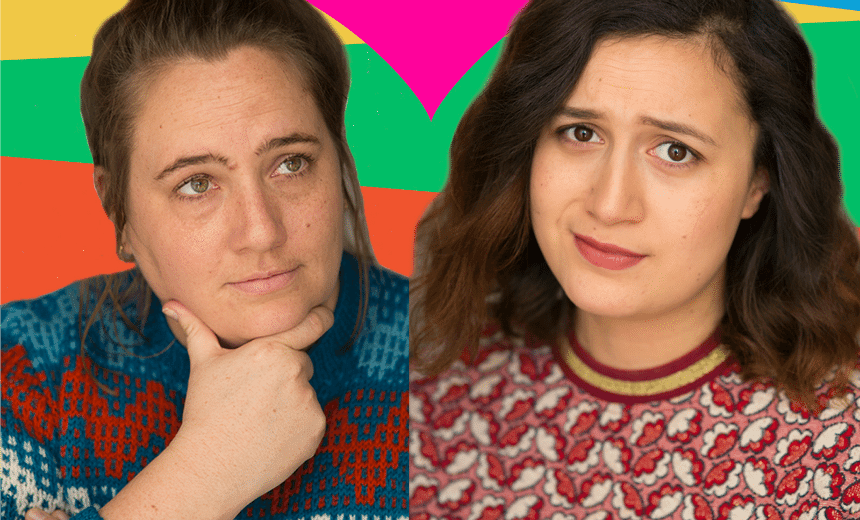 Boners of the Heart is a new podcast hosted by Alice Snedden and Rose Matafeo, where the pair dissect their weird, often disturbing, celebrity crushes. By way of introduction, we got each of them to detail their favourite heart-boner-maker.

I met Alice a couple of years ago, but I think we both agree we were mere acquaintances back then. It wasn’t until we started writing together on Funny Girls that we discovered we were far more similar than we’d hoped. We lived a couple of streets away from each other our entire lives, we have the same GP and we both are attracted to very specific and often strange celebrities.

After we finished recording this series of the podcast, I realised I missed out on discussing my hugest hot dad crush Christoph Waltz. Alice agrees he’s hot. I really like how he was discovered as a superstar so late in life which means he’s #humble and will never forget his weird Austrian dramedy roots of the 2000s.

He speaks a lot of languages and plays the guitar and there’s a great pic on the Internet of him wearing a tie dye shirt playing the guitar and it would be cool if you could put that in here somewhere please.

He has a strong chin and a natural tan. He has a facial scar which makes him interesting and mysterious. Also he enunciates really well and I fantasise about him giving me elocution lessons. I also like how he’s old. I don’t know why I’m attracted to so many old men but I’d prefer not to go into that here. Please listen to our podcast.

There was a time in my life when I dreamt of being Prime Minister and kissing Leonardo DiCaprio with tongues. As an adult who is still no closer to those goals, it’s fair to say that this podcast feels like a step in the wrong direction.

Rose and I have known each other for a couple of years, but only recently became friends. I would say the friendship is off to a good start, in that she now lives in London and that means we have the space necessary to make it work. Doing this podcast with her has been an absolute labour of love for myself and I’m sure Rose wouldn’t hesitate to call it a labour. I couldn’t imagine talking about my weird and unobtainable celebrity crushes with anyone else.

This morning I woke up and watched Tom Cruise in the free fallin’ scene from Jerry McGuire. In my eyes, Tom Cruise can do no wrong and nothing has ever been substantiated. I love the way he can wear a white tee and jeans for a casual look and then chuck on a blazer and he’s ready for dinner.

It doesn’t matter if you agree or disagree with him, he is a passionate man who exhibits the confidence of someone who can wear adult braces like they’re a fashionable accessory. A hunk and a hero.

Listen to Boners of the Heart on Little Empire Podcasts, or here on iTunes