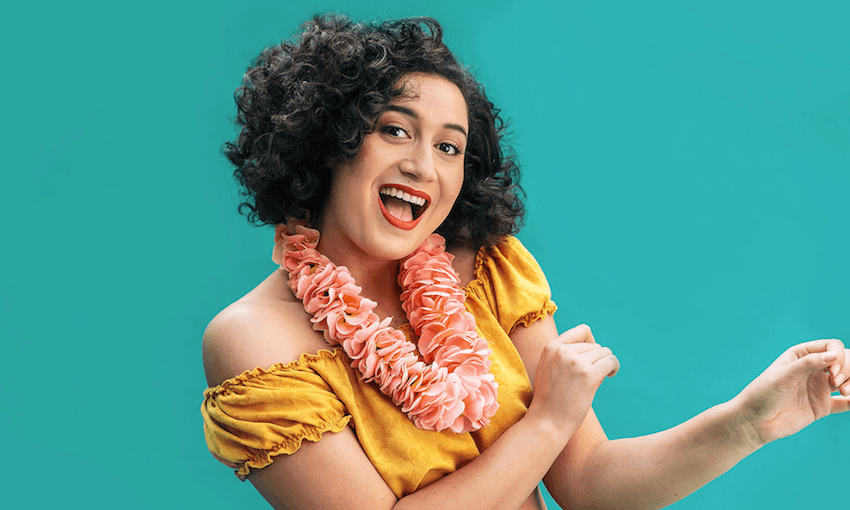 Last night Rose Matafeo won the Edinburgh Comedy Award at the Edinburgh Fringe Festival, one of the most prestigious awards for comedians anywhere. Here’s why that matters.

The Edinburgh Fringe Festival is the biggest fringe festival in the world. With well over three thousand shows, there’s nothing that’s even comparable anywhere else. For a month, around 50,000 performers, tourists and other arty-type people whom you would probably avoid at your local cafe pack into the usually sleepy city of Edinburgh. There’s theatre, comedy, experimental art, performance art… if you can think of a concept for a show, chances are there’ll be three of that same show in Edinburgh. Two of them will be the worst possible version of that idea.

If you’re reading The Spinoff, you know who Rose Matafeo is.

But in case you’ve ended up here by mistake, Matafeo is one of New Zealand’s biggest and best comedians. She’s already won the Billy T Award and the Fred Award for best NZ Comedy Festival show, and since moving to the other side of the world she’s won near-universal rave reviews. This award, for her latest show, Horndog, is just the Millennium Star in her comedy award crown jewels.

So what’s this latest award?

As the name ‘Best Comedy’ might suggest, it’s the award that goes to the best comedy show of the entire Edinburgh Fringe Festival, as judged by a panel of experts who know more about comedy than you do.

The award, formerly known as the Perrier Award, has been running since 1981, and the winners have included names you might recognise like Steve Coogan, Dylan Moran, Demetri Martin, Daniel Kitson, Bridget Christie, Jenny Eclair, Theatre de Complicite (if you’re a wanker).

Last year’s award was shared between John Robins for his show, The Darkness of John Robins and Hannah Gadsby for Nanette. You know, that special that is genuinely amazing and everybody who has seen it has told you it’s amazing and if you haven’t seen it by now you probably won’t ever because of how hyped it’s been? That one.

But why is it such a big deal?

If you missed the first answer, the Edinburgh Fringe Festival is absolutely mammoth. I went over there as a punter in 2016, saw about 52 shows in two weeks, and broke myself. Imagine Queen Street, or Lambton Quay, or whatever your equivalent main street is. Now imagine that street is full of people frantically trying to get somewhere. Okay, now imagine there’s literally dozens of people handing out flyers on that street, attempting to persuade you to see a show you’ve never heard of and don’t want to see, and they’re handing out those flyers with a desperation that you’d usually see in the line for the women’s bathroom, because if you don’t take their flyer and don’t see their show, they’re going to have to sell all their stuff to live. And on top of all that, often the person handing out that flyer has to go perform in a venue that very same day in the show they spent all their money on, and then get straight back to hustling.

I love it so much, and will never perform there. But I digress. My point is, it’s huge.

It’s a festival that chews up literally thousands of shows, and only the absolute best ones rise to the top. You can be one of the most famous comedians in the entire world and not even make a dent there. There are literally, not figuratively, not metaphorically, close to a thousand stand-up shows in this festival. The best comedians in the world are there, and they’re not bringing their workshop material or their new five minutes – they’re bringing their best stuff.

That’s why it’s a big deal.

So what does this mean for Rose Matafeo?

No, but that’s a bloody good place to start.

It’s the most prestigious comedy award in the world, or at least the most prestigious competitive one. It puts Matafeo on the radar of a lot of people, and that’s hugely exciting for a New Zealand comedian. The likelihood of her exploding on an international scale – we’re talking Netflix specials, parts in big TV shows and movies – is less a possibility now and more an inevitability. And as inevitability goes, you could do a lot worse.

To have one of our own – and while it’s important for us to claim Matafeo as one of our one, it’s also important to realise that she’s honed her craft overseas and has been consistently working and upping her game every year – win this award is huge. It’s big for New Zealand comedy, and bigger for Matafeo.

And best of all, she fucking deserves it.

In the interest of realising New Zealanders winning big at Edinburgh Fringe, I have to give a shoutout to both Last Tapes Theatre Company’s Valerie (created by Robin Kelly, Cherie Moore and Tom Broome) and Zanetti Productions’ The Basement Tapes (created by Stella Reid, Jane Yonge, Thomas Lambert and Oliver Morse). Both of them are award-winning theatre shows which you may or may not have heard of, depending on your opinion on the statement ‘theatre is for nerds’. Both walk away from the festival with Fringe First awards (essentially an award recognizing outstanding new writing) and The Basement Tapes also has a shiny Best Performance Award from The Stage.

Take everything I said about comedy shows in the Fringe, apply it to theatre, and the same is true. These are big deals, and very cool.