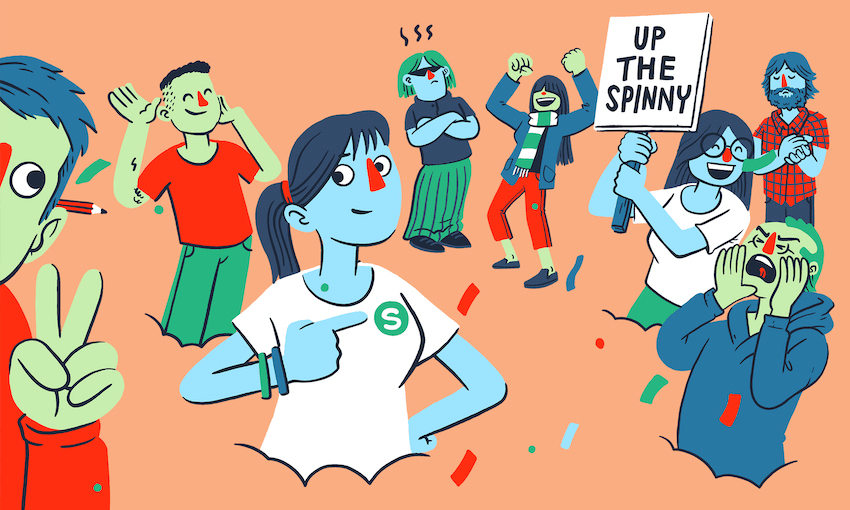 Two months of sustained coverage of the local elections, all around New Zealand – brought to you by The Spinoff Members. Plus, a week concentrating on climate change.

A month ago, we launched The Spinoff Members – a new initiative to enable our readers to contribute to our work both financially, and with editorial guidance. We’re thrilled with the results, as over 1300 of you have signed up so far.

Today we announce the first fruits, neither of which we would have been able to do without the support of our audience. Each has been entirely funded by member contributions, but more than that, the shape was directly informed by the results of our first member survey, which went out in the days following our launch.

The first piece is a local elections pop-up section. We have always been believers that local government is a critical part of New Zealand’s democracy, yet one which is often overshadowed by big, national narratives of central government. For two months, from mid-August through mid-October, we will bring to the local elections the kind of energy with which we waged the crowd-funded “War for Auckland” in 2016.

Only this time, the focus will be nationwide. This came directly from our survey, which suggested that at times The Spinoff can be too Auckland-centric. We’ve listened, and will be sending reporters to spend chunks of time in towns big and small over the next few months, returning with features which capture what’s eating New Zealand.

The section will be edited by former Spinoff staff writer Hayden Donnell, a local government obsessive who drove the “War for Auckland” and returns to shape our coverage. He will commission stories and direct travel around the country as we build towards voting in late September. If this idea is exciting to you and you’re not yet a member, please consider joining today.

The second project we announce today is our joining The Guardian, Vox, Nature and 60 international organisations, along with Stuff and Newsroom in New Zealand, for a weeklong international series called Covering Climate Change in the leadup to the climate action summit in late September. We have enlisted Mirjam Guesgen, an award-winning science writer with a PhD in Zoology, to lead the week. Once again, this was in response to our first survey, in which our members singled out climate change as the single topic they most wanted to see more of on The Spinoff.

The plan is that this concentrated week is the prelude to a more sustained level of coverage, Members willing, so once again, if you would like to see more coverage of science and climate change, please consider signing up to become a member. You can contribute as much or as little as you’re able, and all members receive the weekly world bulletin, a new global news email written by Alex Braae.

We’re thrilled with the initial response to Members – both the contributions and the feedback we received have been immensely valuable to our editorial team. Look out for the local government coverage from mid-August, and climate week in September. And remember that if you have any story suggestions or other enquiries please don’t hesitate to get in touch: members@thespinoff.co.nz.