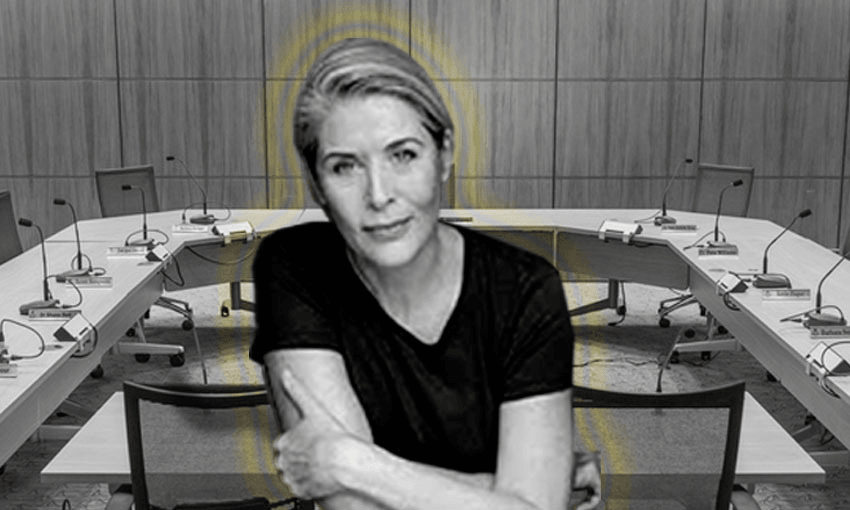 This week, the Education and Workforce Select Committee are hearing submissions on the Screen Industry Workers’ Bill.

This week, the Education and Workforce Select Committee are hearing submissions on the Screen Industry Workers’ Bill.

The Screen Industry Workers bill rolls back some of the worst aspects of the 2010 Hobbit Law, and we believe this will lead to a fairer working environment for actors and other screen production workers.

In 1991, the industrial relations reforms ushered in by the Employment Contracts Act effectively destroyed the collectively negotiated award system that used to set the minimum standards and wages for the acting profession. This started the shift to actors having to negotiate individually and to being employed as “freelancers” or independent contractors rather than as employees. Despite sporadic efforts over the next 20 years to negotiate collectively, actors were frequently misclassified as independent contractors, rather than as employees, on most film, television and even theatre productions.

It wasn’t until the introduction of the 2010 Hobbit Law that actors, and everyone else employed in the film industry, had the right to challenge their employment status removed. That law, shamefully ushered in on one day under urgency by the National government, said that a worker could be classified as an employee only if their employer said they were. Otherwise they would be independent contractors.

As independent contractors they could not negotiate collectively – because it would be a breach of the Commerce Act – and they certainly would not be able to take any kind of industrial action since the employment laws, which set the rules for strikes, would not apply to them. All other minimum labour standards were also removed as independent contractors have no right to minimum wages, sick leave, bereavement leave, or annual or public holidays.

There were some interesting exclusions and inclusions in this law: those working in television were not covered by it and yet, over time, nearly everyone who works in television production became independent contractors. The gaming sector was also specifically included in the Hobbit Law, although as Mickey Treadwell pointed out in an article last week, most people in the gaming production area work nine to five and are classified as employees. Obviously some employers in the gaming sector understand this is an excellent way to retain a valuable and skilled workforce, and it is also a tribute to the organisation of the workers themselves.

Given that the Screen Industry Workers Bill doesn’t shift how the gaming sector is covered, we don’t see that it will bring about any radical change to the way people are employed in the gaming production industry. But if, after the bill is enacted, employers in the gaming sector wake up one morning and decide they will only engage workers as independent contractors, this bill will at least give those workers some protection. They will be able to negotiate collectively.

The Screen Industry Workers Bill has been criticised because it prohibits the right to strike during bargaining for a collective contract, and doesn’t restore the right for a worker to challenge their status as an independent contractor. This might be a bit harsh. Most screen production workers have not had the right to strike for the last 10 years because they have been independent contractors. This bill might actually allow them to take industrial action outside of bargaining, for health and safety reasons, for example – although this is unlikely to occur as there have been enormous efforts by the film industry to comply with the Health and Safety Act and, quite frankly, no one wants to destabilise employment relationships or lose income by withdrawing their labour. Actors in New Zealand haven’t taken any type of industrial action since the 1980s.

Our union was part of the Film Industry Working Group that brokered the deal that forms the basis of the bill. The limitation on strike action was at the behest of the government, which wants to portray the industry as “stable” in order to attract overseas investment. Maintaining the employment status of workers as independent contractors, however, was the fervent desire of the screen technicians. We agreed to these concessions to gain consensus about the rest of the bill. From a purely pragmatic point of view, we think the ability to negotiate collectively for enforceable minimum standards and wages, and finally have some protections around bullying, discrimination and harassment, is worth it.

The limits on the right to strike during bargaining is offset somewhat by the ability to access mediation, facilitation or arbitration overseen by the Employment Relations Authority during negotiations, and by the requirement for good faith in workplace relationships (although we think this should be strengthened).

We are looking forward to negotiating minimum wages and standards for our occupation across the screen sector and to second-tier bargaining for specific productions. We are also welcoming the parts of the bill that will restore protections to our members from bullying, discrimination and harassment, because, although it may look like a glamorous industry from the outside, it is a small world and actors can be coerced into doing things they aren’t comfortable with out of fear of developing a reputation for being “difficult” and/or being blacklisted.

We don’t think the Screen Industry Workers Bill will be a panacea for every actor’s work problem. But we do think the Hobbit Law went too far and this bill is a giant step in the direction of creating respectful working environments and fairer working conditions.

Jennifer Ward-Lealand is an actor and the president of Equity New Zealand. She is a companion of the New Zealand Order of Merit (CNZM) and the 2020 Kiwibank New Zealander of the Year.