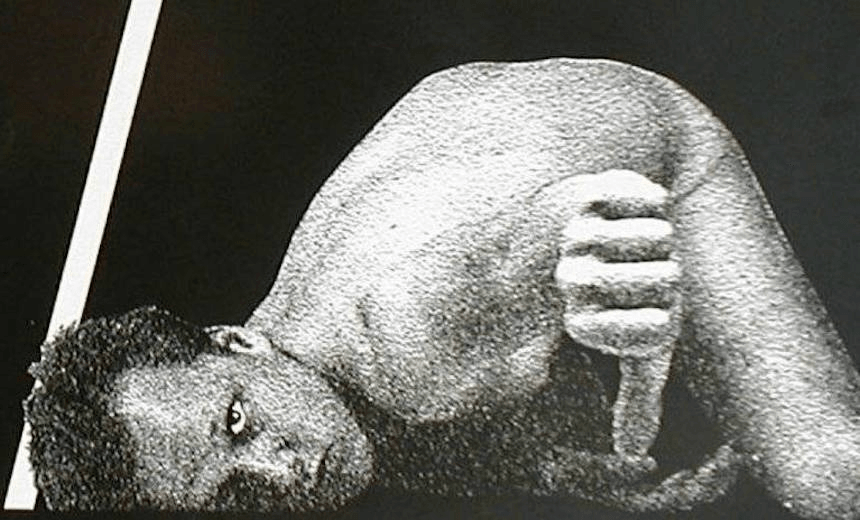 All Pixies everything: The best Pixies song, album, cover … everything

Henry Oliver spends two days listening to the Pixies ahead of the announcement of their show in March next year. These are his decisive findings (at least until he deep dives again in March).

When you listen a band’s discography a few times over a day or two, you can really zoom out and get a sense of the big picture – the preoccupations, the theme, the repetitions, the hooks, the crutches and the tricks. After listening to the Pixies a lot (like, a lot) this is the song that seems to best bring the band’s various strains into a single three-minute burst, encapsulating the major themes of the band, lyrically, musically and sonically: sex, death, obsession, rage, quiet, noise, restraint, abandon, punk, pop, and, of course, Black Francis and Kim Deal. Apparently, the classified ad Francis placed that lead to Deal joining the band said he was looking for a female bass player who liked Peter, Paul and Mary, and Hüsker Dü. ‘Debaser’ might be the best possible outcome of that combination.

This is tough. Doolittle and Surfer Rosa are obviously the best two albums, but there’s no room for two at the top. A decision has to be made. So, if you don’t mind, let me split hairs for a minute. Doolittle is, on a song-for-song basis, the best Pixies album. Shit, song-for-song, it might be the best indie/alternative/rock albums of the era. If it wasn’t just the band’s second album, you’d think it was a greatest hits or singles collection. But, if I’m going to be stranded on some content-less island where I can only listen to one Pixies album, from start to finish, for the rest of my days, I’m taking Surfer Rosa.

The songs are nearly as good, but it’s got a looser, less-consistent flow (The shouting! The talking!) that makes for a more compelling listen than the non-stop hits of Doolittle. Plus, it feels like the most collaborative Black Francis and Kim Deal record, which, even though it kind of is Francis’ band, it was at its best when the collaboration was at its strongest.

If there’s a downside to Surfer Rosa, it’s the after-the-fact ubiquity of ‘Where Is My Mind?’, which, appropriately, has become an anthem for whoa-dude!-dudes, a status strengthened by that terrible Brad Pitt movie about whoa-dude!-dudes punching each other. Sure, it’s actually a very good song, but is now so heavy with signifiers (including two skyscrapers exploding in on themselves) that, ironically, it’s hard to listen to with an open mind.

(Oh, and the Spanish songs are amazing.)

Best b-side: ‘Into the White’

‘Into the White’ explores one thing that the Pixies never really gave themselves the room for: repetition. Essentially one riff cycling for nearly five minutes (an infinity for them) with different instruments arriving and departing: just drums and bass, just drums and vocals, add acoustic guitar, bring back the bass, add distorted guitar, build up, break down, start soft, go loud, get louder. You can see why this didn’t make the album (it was recorded with Doolittle)

Best song recorded by, but not written by, the Pixies: ‘Head On’

This Jesus and Mary Chain cover is just a straight-up rock banger and one of the best songs on Trompe le Monde, the band’s amazingly inconsistent fourth record which often gets discounted as being essentially a Black Francis solo record.

There really is only one Pixies t-shirt.

(Okay, there are others, but there shouldn’t be. With a t-shirt this good, why make more?)

Vaughan Oliver was the graphic designer behind most of releases on the Pixies’ record label 4AD in the 80s. His typographic and photographic style helped shape the look of not just the band or the label, but, like the ‘Debaser’ video, much of the aesthetic that became synonymous with the following decade.

Okay, this might be obvious. Amazing song, amazing vocal, amazing bassline. Need I say more? Just listen to it.

But what I really wanted the excuse to bring up here is the monologue at the start of ‘I’m Amazed’ where Deal tells the story of a teacher who was “into field hockey players” and was discreetly fired from her school. It’s not like it’s a great story, you’re not even really given the opportunity for it to know if it was a great story, but there’s something about Deal’s voice, the expressiveness of it, the pitch that is just super entertaining, regardless of whether or not she’s making any sense. Sure, not the best moment, but a moment nonetheless.

“They were just so … quiet about it.”

Spark Thanks have an exclusive pre-sale for Spark customers, available from 12pm Friday 2 December to 5pm Sunday 4 December