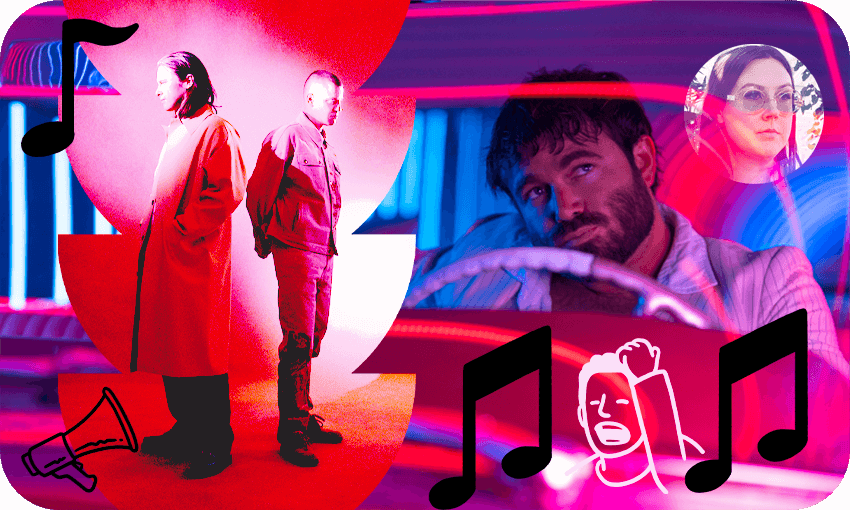 Music festivals are back in business and here’s the first – a mid-winter event called Elemental Nights.

It’s a mid-winter party. It’s bringing UK dance act Jungle to New Zealand. It’s pairing Nadia Reid with the Auckland Philharmonia Orchestra. It’s getting Aucklanders out onto the dancefloor at a time of year when many prefer to hibernate.

Elemental Nights, an eight-night lineup of local and international artists performing across Auckland this July, is all of that, and more. But it’s also something else, the first post-omicron music festival to be confirmed in Aotearoa. That in itself is a reason to celebrate.

“It feels like a long time coming,” agrees Renée Hermsen. While gathering restrictions were in place to curb the spread of Covid-19 variant omicron, with venues being shuttered and many working from home, the Live Nation promoter was keeping busy booking venues, securing artists and building her dream festival line-up.

Along with Diggy Dupé and Friends performing The Panthers soundtrack, each act will perform in either the Auckland Town Hall or the Auckland Concert Chamber as part of the city’s two-week  cultural festival Elemental AKL.

After months of secrecy, Hermsen couldn’t be happier to finally be talking about it. “We are incredibly excited,” she says. It’s the first of what she hopes, Covid-permitting, will be a jam-packed year of live music. “Elemental Nights will kick off … an incredibly busy, exciting and fun rest of the year.”

Now in its third year, Elemental Nights puts local and international acts on iconic or under-used venues around Auckland. “It’s generally a fairly quiet period,” says Hermsen. She’s trying to “bring people out to see something special and see something different in the middle of winter when it’s coldish and darkish”.

Her first two Elemental festivals were blighted by Covid. “The first year was supposed to be July, 2020, just after everything kicked off. That was moved to October.” Last year’s event was marred when the travel bubble with Australia closed. “We had to cancel five out of the eight Australian acts  … we got three in at the last minute.”

Now, she gets to do it properly. “This year we will get to realise what we set out to do from the beginning.”

It’s the start of what’s looking like a huge year of music. Following Elemental Nights, more than a dozen acts from Australia’s Splendour in the Grass festival will cross the ditch to perform here, including Tyler, the Creator, Wet Leg, Liam Gallagher, Maxo Kream and Tierra Whack.

Australasian promoter Paul Dainty recently claimed a “traffic jam” of artists was coming our way. It’s something echoed by Hermsen, who, at Live Nation, works to bring some of the world’s biggest artists down under. “We’re going to be bringing out a lot of artists and shows that have been in the works for two to three years now,” she admits.

“It’s going to be a jam-packed winter. All venues are going to have the lights on, and shows on, pretty much three, four, five nights a week. Get ready.”

But it all kicks off with Elemental Nights. Among the festival’s must-see shows are Jungle, who Hermen calls “infectious … so much fun”. Nadia Reid with the APO is “a match made in heaven”. And she promises more big names are on their way.

“It feels really good right now, similar to what we saw in 2020 when we came out of the first big lockdown, when everyone was like, ‘Yes, let’s go.'”