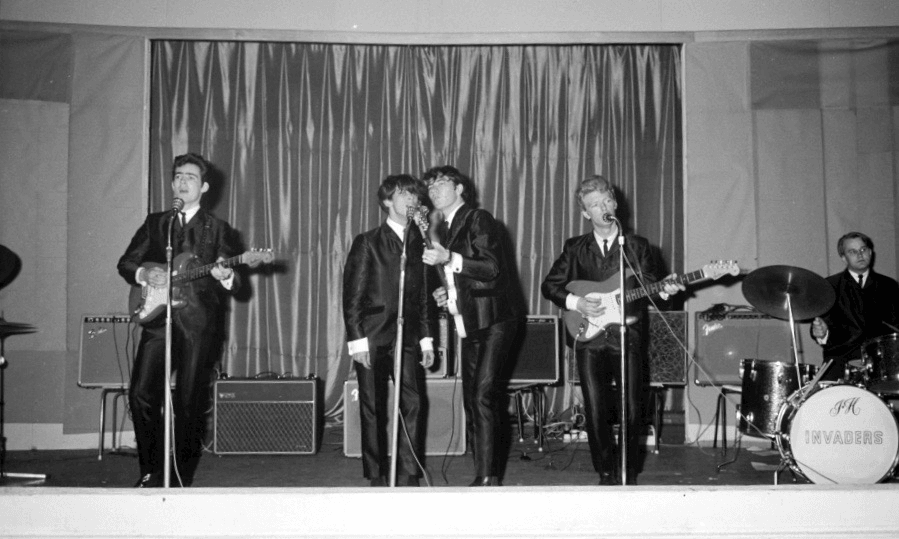 John Rykenberg ran a studio of Auckland photographers from the late ’50s through until the late 1970s. Last year, 900 boxes from his studio were donated to Auckland Libraries. One of the researchers investigating this massive collection of images was Gareth Shute, who shares some of his favourites.

My interest in the Rykenberg collection came through my project to map the historic venues of Auckland (announced in The Spinoff last year). I managed to receive some support from the Auckland Libraries Heritage Trust to investigate the images of musicians to find any that might help with my maps for the ’50s and ’60s. However, I had no idea just how huge the collection was. Each of the 900 boxes contains dozens and dozens of rolled up sections of film, sometimes a few of them coiled together into one slot. Digitising even one box would take be a long process – but even if they library did one box a week it would take over 18 years to get through them all.

Fortunately, the team at Libraries allowed me to go down to where the boxes were being stored and look through boxes that seemed promising, using a lightbox and negative scanner on my phone (Rykenberg’s wife, Wendie Wright, had provided a rough list of what is in each box). This allowed me to prioritise some of the collection for scanning and get a sense of how fully these images capture the life of Auckland in the heyday of rock’n’roll dancehalls, jazz coffee lounges, and cabaret restaurants.

When you talk about Auckland’s nightlife in the late-’50s and early-’60s, two names inevitably come up: the jazz/rock/pop promoter Phil Warren and cabaret owner Bob Sell.

Phil Warren leased premises throughout the city including the basement area of the Crystal Palace, where he put on shows featuring some of the biggest names of the era.

John Rykenberg made part of his career in these early years by taking photos of people in the audiences and offering them the opportunity to buy prints the next day. Taking a selfie at a gig wasn’t so easy in those days!

Meanwhile, across town, a more grown-up crowd were having a late dinner then watching a floor show that extended into the early hours at Bob Sell’s nightclub, Colony, which was on Wellesley Street West, near the corner of Nelson Street (across from what is now City Works Depot).

If you wanted to check out a scene that was a bit wilder you could head down to the Picasso Coffee Lounge, where the beat scene was in full swing and sailors would often turn up itching for a fight. Locating this venue in the modern age is a little more tricky since the nearby intersection where it stood was demolished in the ’80s for the creation of Aotea Square and Mayoral Drive.

If you’d been slipping whiskey in your coffee all night, then at least Picasso had booths where you could get a little rest.

Makes you think maybe you shouldn’t have started the evening by drinking out of your shoe at the office Christmas party out west? Fun times!

To see more images of musicians from the Rykenberg collection (including Johnny Devlin, The Quin Tikis and Max Merritt & the Meteors), check out Gareth Shute’s two recent articles on Audioculture: Rykenberg: Auckland by night and
Rykenberg: mystery musicians.