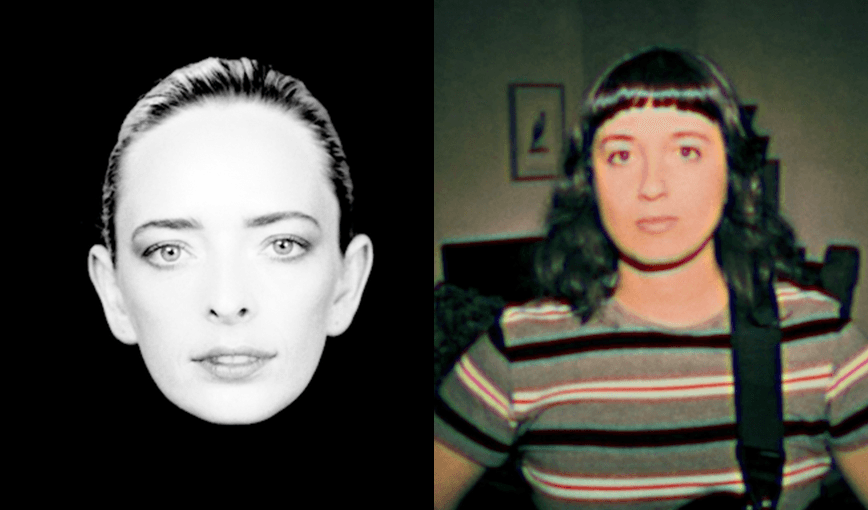 Under Cover is a new series that brings New Zealand musicians together via video link to bond, chat, and play each other’s songs. The third episode features Chelsea Jade and Liz Stokes.

Liz Stokes (The Beths) and Chelsea Metcalf (Chelsea Jade) go way back. They were in the same guitar group in high school, just over 15 years ago. They’ve got each other’s merch, and Stokes was even in Metcalf’s video for her 2017 single ‘Life of the Party’.

In this episode of Under Cover, produced in collaboration with RNZ music, they discuss their shared past: busking in the local mall, living together, and their early attempts to recreate albums using a guitar they took from school and Metcalf’s parents’ Skype headset.

They also perform covers from each other’s catalogues: Metcalf performs a softened cover of The Beths’ ‘Great No One’, and Stokes brings out the rock’n’roll guitar to cover Metcalf’s ‘Laugh it Off’.

Thinking about the present, they talk about how different their lives are despite the universal blanket of the Covid-19 crisis. Stokes is in Auckland, allowed into the studio to record thanks to alert level two and the fading threat of the virus here in New Zealand. Metcalf is in LA, where the crisis is taking longer to resolve.

Metcalf was meant to go on tour after the release of her ‘Superfan’ music video, but that’s been shelved. Similarly, The Beths were meant to be on a North American tour throughout April and May.

Under Cover is a multi-episode web series where two artists enter into conversation with one another from their various locations of isolation. It is brought to you by Banished Music in collaboration with RNZ Music, and thanks to funding from Creative New Zealand.

Chelsea Jade performs The Beths’ ‘Great No One’ from the 2018 album Future Me Hates Me.

Liz Stokes performs Chelsea Jade’s ‘Laugh it Off’ from her 2018 album Personal Best.