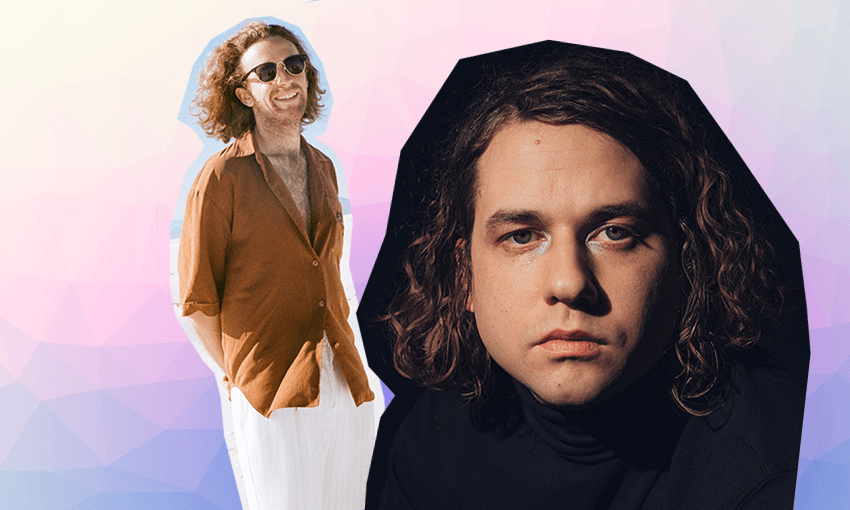 On the eve of Soaked Oats’ new release, an EP entitled Sludge Pop, lyricist and singer Oscar Mein speaks with one of his songwriting heroes, Kevin Morby.

Indie folk rock icon Kevin Morby recently released his fifth solo album, Oh My God to global critical acclaim – four stars from the Guardian and NME, that kind of acclaim. When he played his first New Zealand show earlier this year to a sold out crowd, Oscar Mein of Dunedin-born band Soaked Oats was in the audience.

Mein, currently based in Berlin, got the chance to speak to Morby about how it feels to be compared to other musicians, and the way that the shapeshifting business of journalism has changed the way people find and consume music.

Oscar Mein: I remember something you mentioned during your show in Auckland about your influences and how The Clean were a big inspiration early on. When I heard that all I could think about was the fact that when I hear the Clean, I hear a lot of 60s/70s New York bands like the Velvet Underground and especially Bob Dylan when he went electric and it got me tripping on the circular nature of influences and inspirations.

I think a large reason this interview is happening is because when people hear the music that my band is making, they often reference you.

It’s how much stuff gets recycled. Influence can just take on so many forms and ways that you don’t even know. Sometimes I think about you know, people who influence a lot of people. You think about how The Breeders influenced Nirvana and the how Nirvana just changed the world.

I think about how you can be someone who is  so influenced by Nirvana and then meet Kim Deal and not know who Kim Deal is. The reach of influence – it’s such a powerful thing.

I’m hugely grateful for being compared to you but I still struggle with that kind of pigeonholing. How do you negotiate that inevitable need for [artistic] categorisation?

I think it’s fine, I think music journalism is so lazy for the most part with their comparisons but at the same time, it’s just gonna happen you know?

It all comes down to if people are going to connect with it or not. When you’re making work that connects with people, I don’t really care what people think it sounds like or doesn’t sound like, I think it’s just like you said, it’s human nature to sort of categorise things.

Which stems from you connecting with yourself.

Yeah, for sure. I also think, like Kurt Vile, for example, is an old friend of mine. I’ll get compared to someone like him, but at the same time if you’re Kurt Vile you just got compared to some other indie rock artist. Everyone is always getting compared to one another, that’s just inevitable.

I think when people get upset about being compared to someone else… you just don’t need to put your energy there. I think with journalism in general, whatever they’re gonna say about your music, you just try not to let it lead you too much either way.

You’ve talked a lot about how much [singer-songwriter-producer] Sam Cohen influenced Oh My God. How much does the band you’re working with at the time influence your records?

It’s different with every record. Some records are very collaborative and some are more intimate and Oh My God is definitely very collaborative. There was a lot of Sam and I listening to demos and thinking out ideas and talking out ideas, everything was very well thought out. Which I’ve never done with a record, I’ve definitely never had conversations around what direction I wanted the record to go in.

I just saw the notes where it said you had four days with him before going out and touring City Music and then you went back in later?

Yeah, exactly. There wasn’t a lot of time in the studio so in the in-between period, we talked a lot about it so we could kind of go in with the full knowledge of what we wanted to knock out. Which is cool. It was done in a short amount of days but over a span of two years, so there was a lot of thinking about the vision to map the whole thing out.

Exactly. Are you just getting interviewed by a bunch of NZ journalists right now?

I am, you’re the second one.

You mentioned music journalism is getting a little lazy, do you think that’s… that’s kind of tragic?

I don’t know much about New Zealand or Australian press but in America it’s one of those things where people don’t get paid well and you see that it’s not what it once was but you think well, ‘who’s gonna do that job for so little money?.’ And then it’s part of the bigger conversation about ‘why isn’t there much money for the arts?’

I think it’s also kind of going away with technology. I think music journalism used to exist basically to tell people what they’re about to spend their money on, but now people don’t buy music and anyone can kind of make up their mind on their own.

I think it’s very important and I think we need to have it but I think journalism doesn’t really know where it’s at right now. I have a lot of friends in America who are political writers and they’re all getting laid off left and right because these sort of smaller publications, there’s no need for them, and I think all music journalism falls under the umbrella of ‘smaller publications’.

Yeah, it also seems people don’t really have time. I’ve been recycling this idea in my head about headline opinions, you know, people are willing to make their minds up based on headlines now.

And if it’s a catchy hook of a headline then it’s done, you know?

For sure, it’s so interesting.

I remember finding out about like the Microphones, Phil Elverum because I read an article about him in a music magazine when I was 14 years old. I remember seeing his picture, reading the article and buying the album because I thought he seemed interesting and… that just doesn’t really happen anymore. You see a headline, you see ‘This record is great’ and you just Spotify it.

I honestly feel like I listen to music more when the headline says ‘they’re really bad’, when I hear about someone being horrible, and I think a lot of people do that. It’s a weird thing with streaming, you hear about like R. Kelly… when all those allegations came out his streams were the highest they’ve ever been, and he’ll see money for that. It’s just such a weird time we exist in.

It all feels very Donald Trump.

I shouldn’t be bringing him into the interview.

Anyway! I read a biography of Leonard Cohen recently by Sylvie Simmons and he’s quoted somewhere as saying that there was three or four themes throughout his whole life that he constantly refined and chased. I know with Oh My God you’ve said that it’s kind of a final release of this religious imagery you’ve often touched on. Do you see your music as a process of refinement – thematically and musically – or is it a process of expansion and change?

I think expansion and change. I always like to think of my records as rooms and one day after I’ve released my last album I will have built a house. I think every songwriter is just writing the same song over and over; finding a new way to get at the same thing.

I read Jeff Tweedy’s autobiography recently and he talks about his songwriting and what he tried to get at and he quotes Dylan when he was asked the same question. He said Dylan put it the best when he said “I’m just putting another hole in the same piece of wood.”

That’s what it feels like, to be alive at all; to be a human on planet Earth; you’re doing the same thing over and over. Every year you’re talking about the weather; about how it’s too hot outside; too cold; or it’s so perfect outside; so horrible outside; you’re talking about how you’re hungry or you’re thirsty; how you’re relationship’s going okay or how it’s not going well.

It’s always the same thing you know, over and over, it’s just putting like a new cap on it each time. That’s how I like to think of it. With music it’s the same way, I feel like the same person most of the time as when I began and I’m here constantly just trying to find a new way to tell the same story.