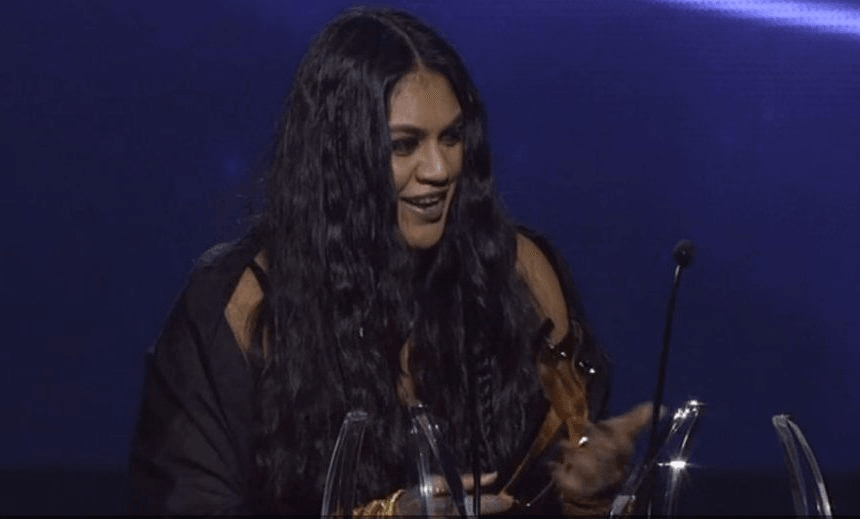 Aaradhna at the NZ Music Awards

Aaradhna at the NZ Music Awards: ‘I feel like if I was to accept this, I’m not being truthful in my song’

Aaradhna at the NZ Music Awards

Aaradhna just stopped the New Zealand Music Awards in its tracks with an incredible speech in which she declined to accept the Best Urban/Hip-Hop Album prize. This is what she said.

Update, 21 June 2017. The Vodafone NZ Music Awards today announced a number of changes to the categories for this year’s awards, including splitting the Best Urban/Hip-Hop Album prize into two separate categories.

“So my father, his name is Jayanti Patel. He’s from a village, Navsari, in India. My mother’s name is Sia’a Moe, now Sia’a Patel, and she’s from Papa Sataua, Auala, Falealupo, Uta and Savai’i, Samoa.

“And then there’s me. I was born in Porirua, Wellington. And I’m a New Zealander.

“OK. So this song is ‘Brown Girl’, and it speaks so many things. It speaks on racism, and being placed in a box. And for me, I feel like if I was to accept this, I feel like I’m not being truthful in my song.

At which point SWIDT stepped up to the stage and accepted the award: “thank you, sister Rads!”

Read Aaradhna explain her motivations behind the speech in an exclusive interview conducted immediately after the awards here.

Listen to all the music you love on Spotify Premium, it’s free on all Spark’s Pay Monthly Mobile plans. Sign up and start listening today