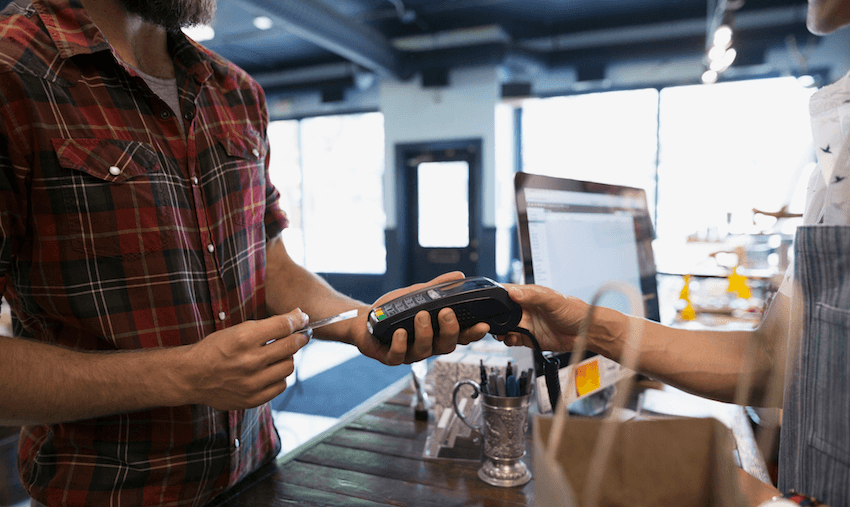 How to spend it: two freelancers on why they buy the things they do

In the third instalment of our Money Talks series, Alice Webb-Liddall and Henry Oliver face up to how they’re using their hard-earned cash.

Spending money is often considered a bad thing when it’s not completely justified. Going out for dinner or buying a new pair of pants can bring on a sense of guilt once the dopamine wears off and all you’re left with is a pair of no-longer-new pants. But some spending is unavoidable: rent, power, phone bills, family (especially with children).

For some people, spending money on non-essentials isn’t even an option. Is this why we feel guilty if we are in a position to splash out sometimes? Is spending money a bad thing? What is the best way to balance wants and needs? And importantly for new graduate Alice Webb-Liddall and father of two Henry Oliver, both freelancers, what’s the best way to spend money when you aren’t sure how much you’ll be making each week?

With online shopping making it easier and easier to buy, and targeted advertising being hurtled at you from every direction, it’s increasingly hard to make sure that your ‘impulse buying’ urges are suppressed. Services like AfterPay have taken place of more traditional layby models, offering a way to pay off items in weekly payments but not miss out on the instant rush of having the thing you want right now.

Blair Vernon, managing director of AMP, says these services are not necessarily any better than just spending all the money at once. “Marketers are good at selling us stuff. They want you to close the sale now. All these AfterPay models are just speedy ways of doing instalment lending after the fact.”

So even though instalment payments feel like less of a burden – because there’s no huge commitment outright – they save you no money and encourage impulse buying.

“For just about everyone, my suggestion is to try to avoid the impulse buy. It’s impulse that robs you of appreciation.”

He says when spending, sometimes it pays to ask yourself if you can “slow down the velocity of your spend on discretion items by just waiting a moment”.

So as Christmas approaches and the pressure to spend rivals the pressure on bank accounts, Henry and Alice talk about when and where they spend their money, and how it makes them feel.

Alice: When I was young, around four or five, I decided I wanted a little blue wheelbarrow that I saw at Mitre 10 and because my parents were not the kind to respond well to a tantrum, the only way to get the wheelbarrow was to make money myself or to wait till Christmas.

My dad helped me to plant marigold flowers and for months I harvested the seeds, weighed and bagged them, added a sticker of my face to hold the bag closed, then sold them at the end of my driveway for a couple of dollars a bag.

That is my earliest memory of spending money. Sometimes I still remind myself of the feeling of pure joy when I finally got my hands on that wheelbarrow when I am considering a big purchase.

It’s a pretty good lesson to be taught so young, to wait and save and figure out if it’s a purchase I actually want to make, and I think it’s impacted the way I spend money still (thanks Mum and Dad). However, with the independence of my own income, there have been plenty of times where I bought things I didn’t need and barely even wanted under the justification that it’s my own money and I can do what I want with it.

Henry: Unlike you, I wasn’t entrepreneurial at all when I was a kid, but I was a fanatical saver of any money I did get. My godmother used to give me a £10 note every year, which I would squirrel away, hiding it in books so my sisters wouldn’t find it. (I would squirrel away everything though – I tried to make my Easter eggs last for weeks until one year my dog ate them). So I learnt the saving thing but not the work ethic.

So you were a saver-upper as a kid too. How do you approach spending now?

Alice: Each week I put aside enough for rent and maybe about $50 for groceries and a chunk for savings, and then the rest of my income I see as spending money.

I don’t do much online shopping and I’m not a fan of fast fashion so most of my clothes shopping is done at op shops, where I feel way less guilty about spending my money. I think the biggest downfall for me is spending money on things like Uber and food delivery, I always feel guilty if I get to the end of a week and most of my bank statement is split between Uber and Uber Eats.

Henry: Still, my approach to spending has always been the same. My whole extended family has always had expensive taste beyond our economic means, so I guess I was always taught to save up for the version of something you really want rather than buying the cheaper version and being able to buy more. That definitely affects me as an adult. I’m (mostly) lucky to be terrible at impulse purchasing. I like to research every purchase well beyond what was necessary.

Like a few weeks ago, I thought I’d lost our nail clippers, so I spent like an hour on the internet finding out what are the best possible nail-clippers you can buy. It turns out they’re probably these Japanese nail clippers that will cost you about $25 on eBay. Anyway, it took me so long to research them and then consider whether nail clippers were something worth spending $25 on (no matter how sharp they are) that by the time I got to the point I was ready to click ‘buy’, I’d found my old, blunt nail clippers.

Which is probably for the best, but it backfires sometimes. Like I tend to not spend money on clothes because I always want to buy more expensive clothes that I will “save up for” that will “last forever”, but instead end up saving nothing and therefore buying nothing. Then, in the same couple of months, all my clothes start falling apart at the same time and I have nothing presentable to wear and am suddenly facing the very expensive proposition of replacing multiple garments at once. Ahhh! How to spend money responsibly without fastidiously sucking the joy out of it?

Alice: I like the idea of saving up for nice items instead of spending as soon as you see something, but like you said it’s not always easy to save. Sometimes I’ll save for something but as soon as I’ve met my target I start feeling bad about taking money out of my savings account, even if that’s exactly what I was saving for in the first place.

A couple of years ago I set up an extra bank account so that I could have secondary savings that I wouldn’t feel so bad about withdrawing from, but I never used the account and I think it’s actually costing me money to have.

I think unless I was contributing nothing to my savings I think I would feel guilty spending money on luxuries. Truth is, I’m not a big spender so I think I’m actually not too useless at this particular aspect of handling money.

I also understand that apparently there’s now a target on my head if say, I sometimes pay upwards of $20 for a brunch because I’m young and there’s an assumption that a) I want to buy a house and b) my addiction to hollandaise is why I can’t. But that’s not going to stop me spending money on a great poached egg.

More from Alice and Henry on money:

An honest conversation between two freelancers about money

This content was created in paid partnership with AMP. Learn more about our partnerships here.

This article was brought to you by AMP. A leading financial services and retirement savings provider in New Zealand. AMP is committed to helping Kiwis get more from their money, so they can get more from life.