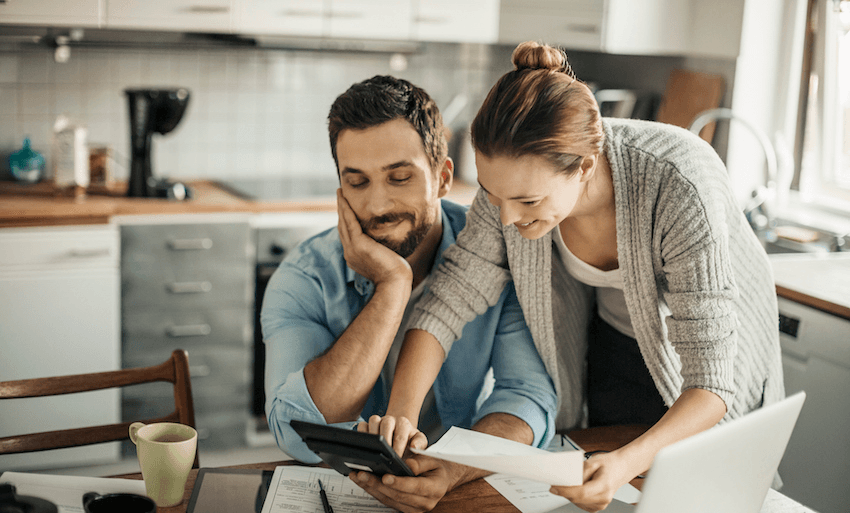 Not Henry and Alice (Getty Images)

Not Henry and Alice (Getty Images)

In the second instalment in the Money Talks series, Alice Webb-Liddall and Henry Oliver face up to their finances.

Dealing with money is complicated enough when you are a single person with a single income. But it can be more than twice as complicated if there are two (or more) of you in a committed relationship. When you’re dating you can pretty easily figure out who can/should pay for dinner, the cab, the festival tickets, whatever. Anything else isn’t really the other person’s business.

But once a certain level of entanglement comes into the picture, there are more and more costs that can become associated with the relationship: rent, groceries, bills. Maybe you want to travel together, maybe one of you has a car that both of you use equally. Maybe one of you makes more than the other, maybe one of you lost their job and took a couple of months to find a new one. Maybe one of you is a spendthrift who takes a calculator to the supermarket and is squirrelling money away in the hopes of (gasp) owning a home one day, and the other believes that inflation disincentivises saving and money is to be spent now, while it’s most valuable.

So how to keep everyone happy? Keep your money separate and split bills when you need to? Or throw it all in a shared account and spend money from there, trusting that the other person won’t spend it all?

“There’s no right or wrong way to manage money in your relationship. The important thing is understanding how your partner operates and agreeing [on] a way that works best for you”, says Blair Vernon, AMP’s Managing Director. “We know that money can be a big relationship stressor and source of conflict. The key is having that conversation with your partner and figuring out the common ground. This will help you to identify any shared financial goals, and how you can work together to achieve them”.

So, to continue their conversation about learning to live with (and without) money, Alice Webb-Liddall, who’s been in a relationship for about a year, and Henry Oliver, who’s been married for ages, discuss two of the things you’re not supposed to talk about in polite company: relationships and money.

Alice: Money and relationships, eh? I know from movies and TV that it can be a strain on some couples, but I’ve never thought about it too hard in terms of the relatively new relationship I’m in.

Henry: When we talked to Blair at AMP, he talked about four categories of relationships in a financial sense: soloists, reluctant joint accounts, pocket money, or all in. ‘Soloists’ are people in a relationship who keep their money entirely separate, sometimes not even talking about how much money they earn. ‘Reluctant joint accounts’ are when they have a shared account for essential bills like maybe rent and power but everything else is separate. ‘Pocket money’ is when there’s a main shared account with separate accounts for discretionary spending and ‘All in’ is all money goes into shared accounts and everything’s all together and out in the open.

What category are you in?

Alice: Me and my partner fit into the ‘separate accounts’ category. We go halves on groceries and other household things, but any other money we earn is our own, and it’s working great so far. On dates we split the bill, it’s been that way since our very first date, and any other activities we do we generally just pay for our own part.

I’ve never felt any pressure from my partner regarding finance and it’s nice to have someone who earns a full-time salary while I’m freelancing so that if I get a bit less work on any particular week I know I won’t be eating mi goreng for lunch and dinner.

What category do you fit into and does it work for you, Henry?

Henry: My wife and I are all in. All inners? I would’ve naively thought being ‘all in’ was the norm for people in long-term committed relationships like marriage or de facto marriage. But we started well before we were married. She earned more than I did for a long time, and basically paid for lots of the things we did together. So when I started making more money, it just made sense to throw it all in together anyway.

Now we’re both freelance, so we both earn varying amounts each month, plus we’ve both taken time out from fulltime work over the years to look after our children for various amounts of time. I guess, regardless of any romantic notions of ‘oneness’ and ‘sharing a life’, it would just be so complicated to split money in any way. Even pocket money seems weird to me. Just spend money when you need/want to and talk to each other when you’re thinking of spending an amount that’s going to have an impact on your finances.

Alice: Pretty similar here, my partner and I don’t ask permission from each other, but I don’t think we’d buy anything huge without it coming up in conversation beforehand anyway, so there’s never any surprises in terms of the other spending a huge amount. Not that I think it would matter anyway, apart from the fact that we are both saving to travel together.

Because we have separate accounts, it is sometimes hard to keep track of progress towards the travel goal, because I never know how much he’s saving. We do talk about it a bit, but at the moment I have around three times the amount of savings as he does, so trying to motivate him to save without telling him what to do with his money can be a little tricky.

Henry: I thought it was funny Blair saying that when you’re all in, all purchases are made by both people even if only one person gets to use whatever it is being bought. I think that just means that you have to be mindful of spending but also grant the other person a certain amount of liberty to spend how they want to spend. But if you’ve got shared economic values, you’ll probably have a compatible approach to money. Not that all good relationships include people with the same economic values – I know couples that are very different from each other and different relationships with money.

Alice: His advice was that there is no ‘right’ way to handle finances in a relationship, and because we’ve only been dating for just over a year I don’t think putting weird unnecessary pressure on it is a good idea. We both know the end goal and are both working our way towards it so that’s fine with me.

How do you work out savings? Do you have a joint savings account?

Henry: Savings! If only!

But seriously, actually saving money when you have two children and a fluctuating income is hard. At least it is for us. So we don’t even have a savings account, I’m sad to say. When we’ve travelled, we’ve just jumped on a good deal when we’ve found one and put it on a credit card to pay off incrementally. Like saving in reverse, I guess.

We have talked about starting a savings account but there are so many immediate uses for that money before we could actually save it that having a separate savings account sitting there taunting us seems needlessly cruel. And maybe that comes down to how we spend what money we do have, which maybe we should deal with separately.

This content was created in paid partnership with AMP. Learn more about our partnerships here.

This article was brought to you by AMP. A leading financial services and retirement savings provider in New Zealand. AMP is committed to helping Kiwis get more from their money, so they can get more from life.