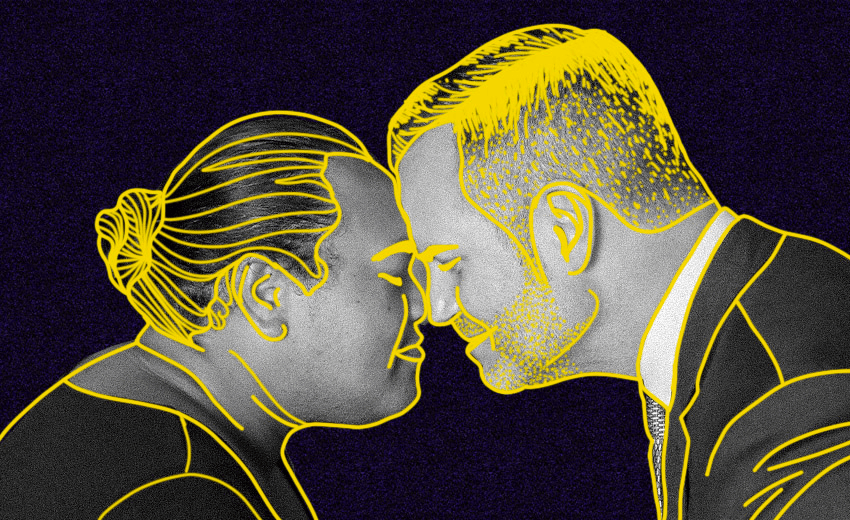 Engaging with Te Tiriti o Waitangi isn’t mandated in the private sector like it is in the public sector. But businesses are discovering the wealth of knowledge to be found through meaningful engagement with Māori.

Embracing te ao Māori represents an opportunity for New Zealand businesses that gives them a unique perspective on the world that can bring profit and cultural purpose. It also creates a secure environment for Māori, often in industries where they’re underrepresented. Increasing cultural capability is a chance for businesses to communicate more fluently with Māori businesses. Pre Covid-19, the Māori economy was valued at $50 billion. Globally, te ao Māori has become a powerful marketing tool for New Zealand brands.

But the use of tikanga and te reo by the private sector can also be misguided. Culture can be appropriated and abused, and brands have used poorly translated words for business names, causing embarrassment for them and anger from Māori. In the “values” sections of many websites, you can learn about a company’s commitment to “manaakitanga” or “kaitiakitanga”, which doesn’t always come with a real understanding of the concepts, or appreciation of the responsibility they come with.

There can also be an unfair burden placed on Māori within organisations to be in-house cultural consultants on top of their day jobs. But by recognising their place as tangata Tiriti in Aotearoa, businesses can begin to engage with Māori in a way that embraces the promise of the Treaty partnership and brings financial and social benefits to both parties.

To coincide with Matariki in July, Vodafone announced a new policy: “Honouring the principles of Te Tiriti o Waitangi”. The policy aims to strengthen the relationships between the telecommunications company and Māori, both within the company and the Māori businesses Vodafone works with. First developed by the Vodafone Foundation and guided by Professor Mānuka Henare and Vodafone’s Pou Whakawhanake Māori (Head of Māori Development) Kirstin Te Wao (Ngāti Rangiwewehi, Ngāti Rangiteaorere, Ngāti Mahanga, Ngāti Hikairo and Ngāti Whātua o Ōrākei), the policy signifies Vodafone’s “commitment to honouring the Treaty and operating within a framework which allows us to express and celebrate the cultural diversity of Aotearoa New Zealand”.

Te Wao calls herself a “bit of an auntie” having worked at Vodafone for 13 years. She started on the customer operations team, helping people get their home phone and broadband connected. Since then she’s held a number of roles within the company, and one thing she’s observed over her time in the corporate environment is the expectation that Māori employees wear more hats than they necessarily signed up for.

“Relying on a few people to deliver business outcomes and also be the go-to-Māori within the organisation, that’s not sustainable,” she says.

“From our experience over the past ten years, we’re taking the approach of building cultural capability across the organisation. It’s important that all of our people have a clear understanding and ideally, a positive connection with te ao Māori and how that helps them in their role at Vodafone.”

Vodafone’s policy is laid out in a set of ten commitments to honour the Treaty, and “are guided by its interpretation of the principles of Te Tīriti”. These commitments include a deeper understanding of how the Treaty principles can be applied in a business context, the effective representation of Māori within the organisation, and “the ongoing organizational development, normalization and use of Māori language, practices and philosophies across the Vodafone business and community”. The policy also says that Vodafone may require new and existing suppliers to demonstrate their own dedication to working with Māori, leveraging their influence to create further opportunities for Māori.

Te Wao’s vision is to create a place where Māori entities can communicate with anyone in the company with the same level of understanding and respect, instead of relying on a few Māori employees to carry that weight. She wants Vodafone to be a place where Māori talent is fostered throughout the organisation.

The benefit of a strengthened relationship between private sector companies and Māori organisations goes both ways. For Māori, it’s a declaration of intent to work together, which has the potential to strengthen Māori businesses and provide opportunities for Māori.

Che Wilson (Ngāti Rangi-Whanganui, Tūwharetoa, Mōkai Pātea, Ngāti Apa, Ngā Rauru), president of the Māori Party, singles out Air New Zealand as a private business that’s worked hard to create a strong relationship with Māori. Ngāti Porou signed a partnership agreement with Air New Zealand at the beginning of 2018 which, among other things, saw the inclusion of iwi-owned and farmed primary produce on flights.

At Vodafone, Te Wao wants its policy to expand the digital access and fluency of some of New Zealand’s most vulnerable. Covid-19 lockdown exposed the reality of the digital inequalities that exist in marginalised communities in New Zealand, with rangatahi told to rely on online schooling and devices while schools were closed. The digital divide doesn’t just represent those who have access to devices or not; it’s as much about understanding how these technologies work and how to utilise them fully. In this environment, it’s unsurprising that Māori make up less than 2% of New Zealand’s IT industry.

“We need Māori participation in the sector not just as consumers, but as creators, designers, governors, coders, and project managers. We need Māori in this industry to be able to be sure that it’s reflective and catering to the needs of Māori in the community,” says Te Wao.

Developing Māori knowledge in the IT sector won’t only benefit these traditionally underrepresented communities, it will benefit the sector as well by creating more skilled workers from far more diverse backgrounds. For Vodafone, stronger relationships with Māori means a much stronger talent pool and understanding of technology, not just from the traditional Pākehā perspective that currently dominates it.

Greater engagement with tikanga also releases the burden on Māori employees to constantly carry that responsibility. Precious Clark (Ngāti Whātua, Te Uri-O-Hau, Waikato, Ngāti He, Ngāti Pākehā) is the chief executive at Maurea Consulting and has seen the expectation placed on Māori to provide other people with an understanding of te ao Māori and the Treaty of Waitangi. She helps businesses like ANZ, The Warehouse, Microsoft and Z Energy do the cultural groundwork to build cultural competence across the organisation.

“As Māori, we’re the ones who have to invest all of our time and energy in educating non-Māori so that they engage with us. We bear the burden of that cost every single time,” she says.

“If all of these organisations did their own due diligence and their own cultural competency development and came to understand their own Treaty position, then they would have traversed significant ground in their own education process in order to be better at delivering to us and delivering for us.”

The benefit of this mutual understanding has huge potential for the private sector too, says Clark. The $50 billion Māori economy has proven its strength, creating lasting value particularly in the primary industries. Its growth and longevity is something most businesses can learn a lot from.

“Prior to Covid-19, the Māori economy had only one trajectory and it was a trajectory of growth,” she says. “If you want to be an organisation in New Zealand benefiting from the dollar that circulates in the New Zealand economy, it makes sense to get yourself ready for engagement, participation and partnership with Māori.”

With the rise of the Māori economy, there’s also a rise in expectation across New Zealand that if you want to take advantage of that success you need to demonstrate a commitment to the principles of the Treaty of Waitangi and some cultural competency. Part of that cultural competency covers the use of Māori words and values. Values like “manaakitanga” and “kaitiakitanga” are often used by non-Māori businesses, but Clark says Māori will always be able to spot those who haven’t done their research on what they actually mean.

“[When] I was the chairperson for my tribe of Ngāti Whātua Ōrākei, we were developing a housing strategy and wanted people to be able to go into our whānau homes and have conversations with them about housing-related kaupapa. We shortlisted the finalists down to two potential organisations and we told them ‘we’re going to put you through a pōwhiri process because we want to see what you know.”

The first group sailed through. The other organisation didn’t know what to do.

“That told us instantly that they didn’t know tikanga. We sniff you out.”

“You’ll get some really good value added by having window dressing, but you’ll also get found out really quickly. We have to model behaviour because you can check entities over a period of time to see how committed they are. That’s the key – whether there’s follow through or not.”

At Vodafone, the new policy promises that follow-through by giving the company a clear set of commitments to be held to in order to create meaningful relationships with Māori. Te Wao knows the policy is only the beginning, and the proof will be in how Vodafone, at all levels of the organisation, practices it.

“We’re not always going to get it right but we are on the journey and we are committed to working with Māori to get the best outcomes for Māori, Vodafone and Aotearoa.”