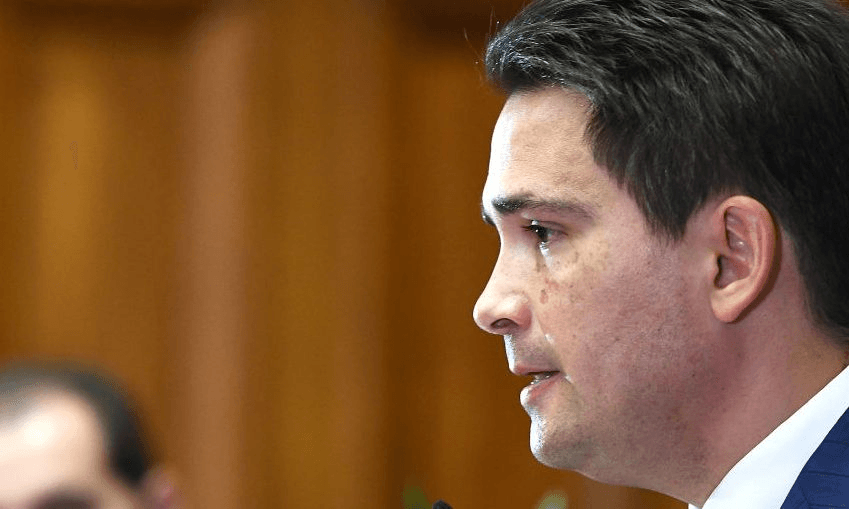 When he was in his early twenties, I used to joke with him about the Bridges administration, circa 2020. He can get there in three years, if he gets it right and things fall into place, writes former National Party cabinet minister Wayne Mapp.

From the moment he declared himself in the contest, Simon Bridges was the front runner. The caucus knew that in picking him it would be the end of the Key/English era. That the torch had been passed.

When John Key resigned in 2016, in large part it was because he knew that a deal with Winston Peters was unlikely. Certainly, it was impossible for Key to pull off, but he also knew it would be extremely difficult for anyone else to do. In short John Key knew that it was probable that the Key/English era had run its course.

Bill English did better than most people expected and had the election night margin of 10% above Labour been maintained, Peters may well have gone with National. But that is not how the total vote tally played out. With the drop off after the special votes were counted, National was as good as out. With the change of government, so ended an era. I suspect Bill English instinctively knew that at the time, and it just took the Christmas break to confirm it.

With Bill English going, National had two basic choices: stay with the past or go with the new. The fact that Simon Bridges and Amy Adams were the clear front runners right from the start demonstrated that the caucus knew that only one kind of future lay ahead of them. That no matter how strong the economic legacy of the Key/English administration was, it was in the past. That voters in 2020 were not going to vote on how strong the economy was in 2017.

Simon has been cut out for leadership for decades. When he was in his early 20s, I used to joke with him about the Bridges administration, circa 2020. Even at that age it was obvious that Simon had the gift of leadership, a certain charisma and self-confidence. The fact that he did not come from the exclusive suburbs and schools only added to his potential. Most New Zealanders will quickly become comfortable with his very Kiwi accent. For most of us it is who we are.

Arriving in parliament in 2008, Simon used his networking skills to great effect. He made sure that all the senior MPs got to know him. It was often as simple as taking the time in the evening to come forward in the debating chamber and sit with ministers. Making sure they understood him and his aspirations and philosophy. It seems simple in the telling, but it is surprising how few people have the confidence to actually do it. He was a natural for early ministerial promotion. Seeing him do battle with John Campbell on Campbell Live confirmed that he the toughness to hold his ground. Backing the oil and gas industry and its potential for New Zealand showed his mettle. A National Party leader is expected to promote business and not wilt at the first challenge.

Beating a government in just one term is a tall order, but in this instance very possible. New Zealand First is quite likely to go under 5%. In that case it will be a drag race between National (and Act) and Labour and the Greens. Things don’t have to go very wrong with the current government to make that a very competitive race. And should New Zealand First get back in – well, it is opposition for National in any event. New Zealand First will not go with National, at least not in 2020.

The thing with Simon is that he backs himself in such a contest. If there were ever an image that showed he is up for it, it was his sheer confidence at the time of the selection of the Speaker when parliament resumed after the election. Simon had all the government MPs scurrying around him to cut a deal. They came to him, he did not go to them.

Being up against Jacinda Ardern almost certainly helped Simon in the leadership contest. He could provide a contrast that Amy could not. And National MPs would have recalled how he and Jacinda had sparred with each other on breakfast TV in 2009 and 2010. A sharp contest but also one conducted with good grace and humour. So he is a safe bet in that regard. He is not going to do anything foolish that will embarrass him or the party.

That he brings a certain energy is already evident within his first few days as leader. Jacinda will have to bring her A game.

All of this will not be enough to win; new policy will be needed. Recognition of the failures of the last National government will be required, especially in housing and the environment. Some of the new policy in these areas will have to really surprise people if National is to be looked at afresh.

Of course, it is said that governments lose rather than oppositions win. That is especially true after three years. Labour will have to have some signal failures. Simon Bridges will have to focus on them with laser-like intensity. He will have to be as determined as Rob Muldoon was in 1975, the last time a government was defeated in just three years. It was Rob’s sheer effectiveness in opposition that put the skids under Labour. It was likely to happen even if Norman Kirk had survived. Too many things had gone wrong for Labour for that government to survive.

So expect a sparky time ahead. It will have to go well out beyond the bounds of political junkies. The sparring between the two leaders will have to seize the public imagination if 2020 is to be a real contest.