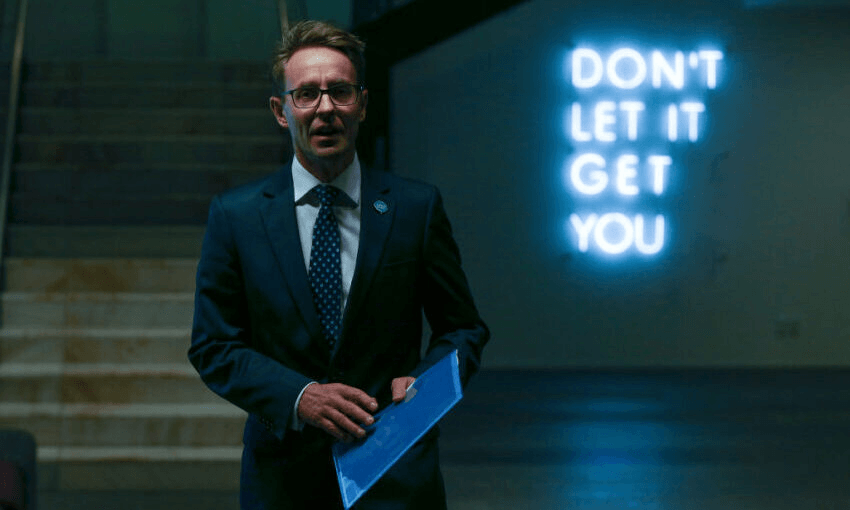 Seven days ago New Zealand was basking in a Covid-free glow. But over the week, holes sprung in the managed isolation system, with a scramble to assert authority seeing the military called into an oversight role. Spinoff political editor Justin Giovannetti recounts an extraordinary few days in NZ’s Covid-19 response story.

A sense of victory spread through the sold-out crowd at Auckland’s Eden Park last Sunday, 43,000 people celebrating rugby’s return to a coronavirus-free New Zealand. Less than 48 hours later, the triumph began to unravel.

The breakdown started on Tuesday afternoon with the revelation by a nervous-looking Dr Ashley Bloomfield, the country’s chief public health officer, that two women had tested positive for Covid-19 after an early release from managed isolation at the border. The country had gone 24 days without a new case of coronavirus.

From that moment, the floodgates opened and days of bad news followed.

A steady drumbeat of stories began to emerge which showed that the border, New Zealand’s only defence from a global pandemic, was far from watertight. The narrative about the two women and how they acted following their release under a compassionate exemption also changed significantly over the coming days, causing further embarrassment for the government.

So far, no one has been sacked over the bungling which could, at worst, cost the country billions of dollars and imperil lives if the virus is reintroduced into the community. Instead, new management has been brought in at the border and it’s promised to get tough on arrivals who break the rules.

The past week has seen New Zealanders come forward through the media with stories about lax practices and failures. The pace of revelations was unrelenting and left the country’s political leadership scrambling. Compassionate exemptions at the border have now been cancelled indefinitely.

Questioned by the media, Bloomfield and the prime minister, Jacinda Ardern, then unveiled that among a group of six people released early to attend a funeral, some had run away and were still unaccounted for. More questions showed that widespread testing of those in isolation and quarantine wasn’t happening despite assurances to Ardern that it was. Then there were over a half-dozen reports from across the country that social distancing rules were being routinely flouted in facilities, including at a birthday party for an arrival supervised by the Ministry of Health.

The reliability of assurances that the border was safe was shredded within hours of the news that the two women who’d been let out on compassionate grounds had tested positive. Ardern initially blamed an “unacceptable system failure” at the border but then said she’d lost confidence in the system altogether as stories continued to emerge.

The two appeared at the end of the week and resolved to put an end to the bad news and bring order back to the border. “We are determined to make this work because the alternative is unthinkable,” said Woods during a press conference at the Beehive. In a gentle rebuke to those who’d bent or broken the government’s border rules, she reminded arrivals that “they have an obligation to the rest of us”.

Webb, standing beside her in his dress blues, announced that the police and military presence at the country’s 18 border facilities would be doubled. Anyone who broke the rules going forward would face fines of up to $4,000 or face six months in prison.

“Returnees are left in no doubt that individual accountability sits at the core of our collective Covid fight. People must be responsible for their own actions,” said Webb. “We didn’t require a police officer or someone in an NZDF uniform to be at every street corner during the lockdown period. Each New Zealander played their part, we’re asking the same of returnees during their stay in managed-isolation and quarantine.”

In an exchange showing how the relationship was developing between the two, Woods leaned over and asked the air commodore in a whisper whether she’d just answered a question from a journalist correctly. She seemed relieved when he whispered back that she had. The military, with its focus on following procedures carefully, had taken charge.

Before this week, the government was riding high in the polls and were being applauded around the world for its competent Covid-19 response. That reputation is now being tested, with around 90 days left before the general election, by the emerging story of chaotically run facilities where arrivals have abused the trust put in them.

A sense of unity and fairness held the country together during lockdown. However, the same feeling hasn’t been as present among the thousands being held in four and five-star hotels, largely in central Auckland.

Bloomfield has been challenged in his response to the two women. The chief health official, who apologised this week for being one minute late to a briefing, has consistently shown that he sees the best in people, even when that faith has later been shown to have been misplaced.

The two women flew to New Zealand from the UK on June 6. On June 13, the day before the rugby match at Eden Park, they were released under a compassionate exemption to visit a dying parent. They weren’t tested before their release.

One of the women had mild symptoms while in managed isolation. Bloomfield confirmed that the woman did not disclose them to health officials when asked explicitly about them. He said the woman had dismissed them as part of a pre-existing condition. It’s unlikely the woman would’ve been released early if she’d disclosed those symptoms, health officials have said.

The two had a plan with the government that stipulated they were to drive from Auckland to Wellington on Saturday June 13 without coming into contact with the public. No washroom or fuelling facilities were to be used, and Bloomfield confirmed the plan had been adhered to on Tuesday. The next day, after National MP Michael Woodhouse spoke in parliament of sources having told him the women had “kissed and cuddled” a friend who helped them with directions out of Wellington, he admitted that it hadn’t. He insisted there had not been kissing or cuddling, but the women had met with friends on their way out of Auckland.

After testing positive, the women – one in her 30s and the other in her 40s – told health officials they’d forgotten about the meeting. They said that soon after leaving their isolation facility they drove north on the nearby motorway instead of south and called friends for help with directions. Two friends drove over to them and the women had what’s been described by health officials as physical contact with the friends for five minutes.

One of the friends went to a gym class the next day. Mercifully, contact tracing of the four has so far not shown any positive cases

The account from the women has been dismissed by some, including TV presenter Hilary Barry, as difficult to believe. Barry tweeted that it seemed more likely the pair made a point to meet with the friends on their way out of Auckland and came up with a story after the fact.

Ardern and other members of her government, who at first defended the women, have been at pains to avoid criticising the pair even as their story changed. Woods again defended the women on Friday, saying it wasn’t their fault that they weren’t tested. She omitted to mention that they’d apparently withheld information about symptoms while in isolation and about the meeting with friends.

National, showing less of an inclination to trust the pair, has called for health minister, David Clark, to be sacked. “What does it take?” asked opposition leader Todd Muller in the house earlier this week. “Have you got your border under control? And the answer is no. It is shambolic. It is hopeless and the minister looks at the floor and says it’s not my problem.”

Ardern and Clark have said that they won’t seek to find who is responsible for the failures, but instead simply want to fix them. The two have overruled deputy prime minister Winston Peters, who said someone should be held responsible.

One positive outcome of the week is that the health department, at Bloomfield’s direction, tested nearly everyone being held at border facilities by Friday. The tests caught three new cases, two of which were only days from release.