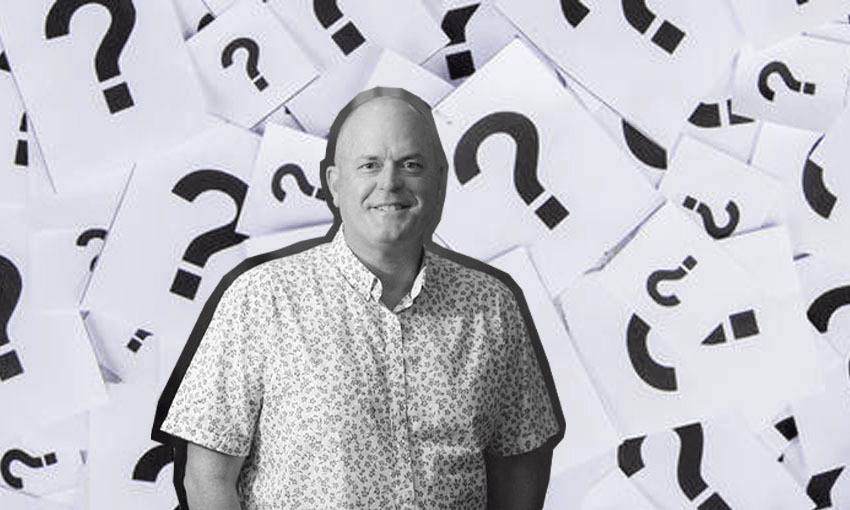 Who is Todd Muller? No, really, who is he?

Who is Todd Muller? No, really, who is he?

The National Party caucus has come to a decision and Simon Bridges is finally no longer leader. So who is this Muller chap it’s got in to replace him?

You’d be forgiven for not being able to pick Todd Muller out from a lineup. Much like approximately half of the National Party caucus, its new leader is a middle-aged Pākehā family man from an agricultural background that’s most of the way towards going bald.

So who is this guy that emerged from the herd to challenge Bridges? What’s his story, and what do we know about his career so far? Here’s a bunch of things worth knowing about Todd Muller.

He’s only been in parliament since 2014

The MP for Bay of Plenty first took office in the last term of John Key’s government and was around for the transition to Bill English. Interestingly, he never held a ministerial role in that time but did chair a select committee. A fun detail about his political career is that he considered running in the nearby Tauranga electorate when it became vacant in 2008, but didn’t end up putting in a nomination for the seat which was eventually won by a guy called Simon Bridges.

He got his start in politics with the Young Nats

From there, he went to work in former PM Jim Bolger’s office. Bolger returned the favour by coming out and endorsing Muller for the leadership earlier this week.

He comes from a family of farmers and politicians

Muller’s great grandfather Henry Skidmore was a long-serving mayor of Te Aroha and has been a major inspiration on his career. There’s a painting of Skidmore sitting on the wall of his office. Muller’s parents started Kiwifruit company Apata which is now one of the giants of the industry. Muller himself has several kids, all of whom are teenagers.

He grew up in a small farming settlement called Te Puna

Back when Muller was growing up there, Te Puna was to the north of Tauranga – now it’s close to being swallowed up by the growing city. He went to the local Catholic convent school and said in an interview last year that he was the only Pākehā boy there for two years. “I can still vividly remember having to do the haka, and being the little skinny white boy, with the whole school giggling,” he said. The experience clearly left a lasting impression on him, because unlike many MPs, Muller pronounces “Tauranga” correctly.

He’s emerged from a kind of backbench before

A common reaction to Todd Muller’s elevation to leadership contention was: who? But he’s had a similar experience before – after several years of building up a career at Zespri, he moved into a relatively junior role at Fonterra, but it was also one that exposed him to the top brass. During a period of restructuring, former boss Theo Spierings “plucked him out of obscurity” and put him into a senior management job, according to one former colleague. Of course, he didn’t have to get elected to that one in quite the same way, but it still demonstrates that he can be a very fast riser.

He told farmers that climate change is real

As National’s climate change spokesperson, Muller sometimes had to have relatively uncomfortable meetings with parts of National’s base that weren’t so keen on climate policy at all. At one meeting in Taumarunui organised by anti-forestry group 50 Shades of Green, he opened by saying in no uncertain terms that warming was really taking place. It didn’t land particularly well with the room, but he appeared to talk them around over the rest of the speech.

Muller then became National’s agriculture spokesperson and got a bit more hardline in the process. When Te Papa put out an exhibition on water pollution, a particular display of brown water was labelled as coming from a stream near a dairy farm. Muller sensed a scandal and chased the issue harder than Watergate. He later claimed victory by getting the museum to admit that the water simply had brown dye in it.

He was the boomer who got ‘OK Boomered’ by Chlöe Swarbrick

You can’t see him – he’s out of frame in the video – but it was definitely aimed at him. It was terribly unfair though because, despite all appearances, Todd Muller isn’t even a boomer – he’s technically Gen X.

His conscience voting record reveals him to be fairly socially conservative

On pretty much every issue relating to abortion and euthanasia, Muller’s position is in line with that of lobby group Family First. He has common ground there with former leader Simon Bridges but disagrees with his new deputy Nikki Kaye on almost all of it.

He gets on very well with Green co-leader James Shaw

The pair worked closely on getting the Zero Carbon bill over the line, to the point where it could gain the support of the National Party. Some would argue that his involvement ended up weakening the final product, but it probably also made it an enduring framework that will last beyond any change of government.

Don’t believe me? Look at this one.

Or this one, taken today by our political editor Justin Giovannetti.

As a kid, Todd Muller wanted to be the US president. Since then, he’s clearly decided to settle for New Zealand, but the wide consensus is that he’d long been tipped for National’s leadership. It would also appear that he’d been working up to this challenge for a while – MP expenses came out yesterday and showed a massive jump in Muller’s spending on travel. That could, of course, just be a function of being the agriculture spokesperson for National in an election year and having to shore up support among farmers.

Despite today’s win, he still has an enormous mountain to climb before the election

According to the polls, National is sitting at about 30% right now while Labour is well above 50%. It remains to be seen if National’s ratings will go up as a result of the change in leadership – or even potentially down as a result of the in-fighting. Either way, he’s up against a historically popular PM who’s just faced down a make-or-break health crisis.