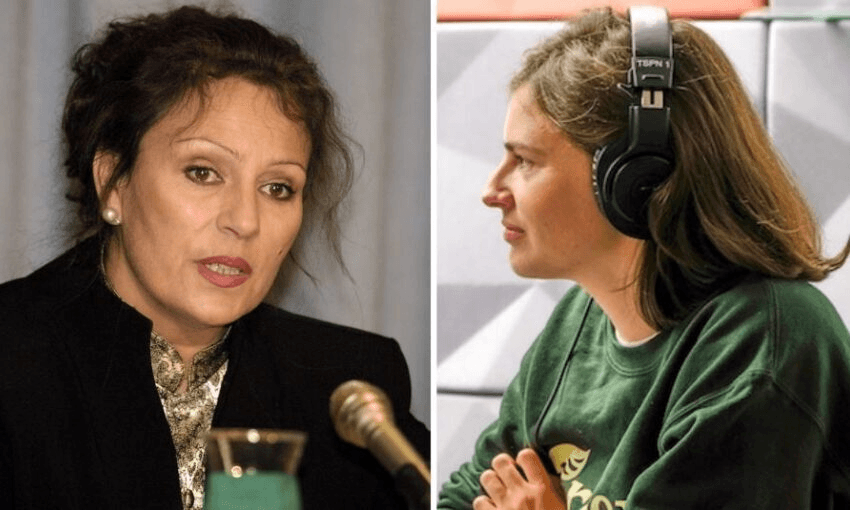 The woman who won Auckland Central for the Alliance in 1993 had some words of wisdom for the Green Party’s Chlöe Swarbrick on Sunday’s post-election episode of Gone By Lunchtime.

“I always thought you could do it,” former cabinet minister Sandra Lee told Chlöe Swarbrick the morning after a dramatic election night had the Green MP winning her former electorate. “I think people underestimated you, and underestimated the fluidity of Auckland Central.”

Lee won Auckland Central in 1993, claiming the electorate for Alliance from the incumbent Richard Prebble (then Labour) by a margin of 1,291 votes. On Sunday morning, her daughter, television producer, broadcaster and Gone By Lunchtime co-host Annabelle Lee-Mather, called her up to see if she had any words of advice for the podcast’s special guest (who was born in 1994).

“Be fearless,” she said.

“This is not the time for a person like you to say, ‘I’m happy to sit back, others can be ministers who have more experience than me’ and so on.” Lee urged her successor to be assertive in fighting for a ministerial portfolio. “It is important for the longevity of your party that your face and your ability operating at that level can be seen.”

She hopes the Greens will apply that fearlessness to the fight for a fairer tax system. “There are a million taxes in this country that are dis-benefiting the poorest, the most vulnerable and the weak. There is absolutely no reason for the Green Party to not fearlessly fight for the removal of those aggressive taxes in this day and age,” she said.

“Transaction tax, capital gains tax, progressive taxes need to be put back on the table. Even if the Green Party can’t win, they still need to educate and make the call for it for all of us in New Zealand.”

Listen to the full episode of Gone By Lunchtime here: