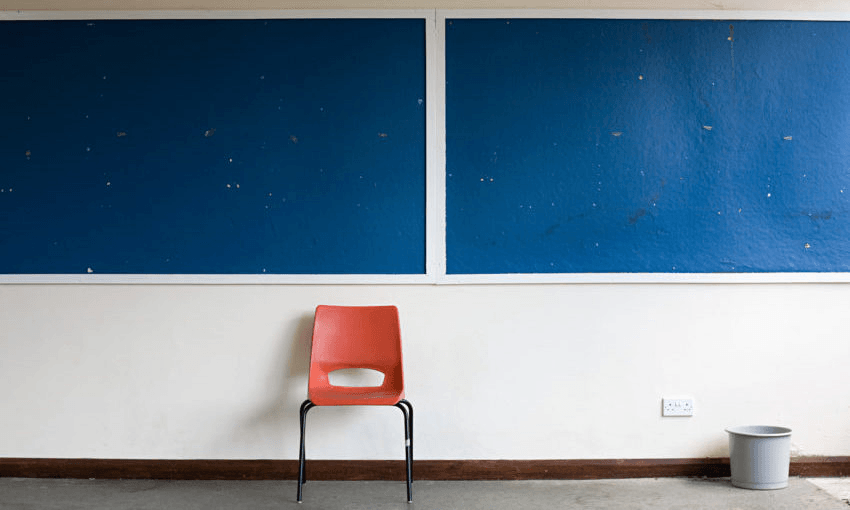 The real conspiracy is that education is for the rich

It is a scandal in plain sight: our education system is racist and the outcomes people get vary substantially depending on ethnicity, writes Laura O’Connell Rapira.

Avondale rapper Tom Scott recently took to Instagram to point out that the real conspiracy in this country is that education is for the rich. “Rich kids get private tutors and nannies that help with their homework while the rest of us get YouTube.”

It is not only people on low-incomes that believe in YouTube-driven conspiracies, of course. Rich white people voted for Trump in droves and New Zealanders, of all backgrounds, now spend more time watching videos on YouTube and Facebook than reading legitimate news sites.

But a good education is indeed a privilege afforded only to some. In an era where people can spread disinformation quickly and easily, and our ability to think critically can help us meet that challenge, equity in education is important.

In 2018, a Unicef study of rich countries found that New Zealand has one of the most unequal education systems in the world with experts naming racism and classism as the driving forces.

Investigative journalist Kirsty Johnston found that 60% of students accepted into law, medicine and engineering at university came from wealthy homes while just one per cent were from decile one schools. As the Herald headline put it, if you want to be a doctor, engineer or lawyer, “it’s best not to grow up poor”.

It’s also best not to grow up Māori. Research released last week from Waikato-Tainui, Te Rūnanga o Ngāi Tahu, The Southern Initiative and BERL tracked the journey of more than 70,000 rangatahi from education into employment. They found that teachers expect less from Māori students which results in Māori students expecting less of themselves. Rangatahi become disengaged, lose confidence, have poor relationships with their teachers and achieve less than their Pākehā counterparts as a result.

In short, our education system is racist and the outcomes you get vary depending on your ethnicity.

But it’s not just higher teacher expectations that are needed to solve inequality in education. Last week John Campbell tweeted that about 10% of students at Manurewa High haven’t returned post-lockdown. Roughly 100 of those young people were senior students who’ve taken supermarket, fast food and courier jobs to help keep their families afloat. Their principal described them as, “bright, determined and motivated” but these students were being forced to decide between completing high school or getting a job to help put food on the table. What’s systemically racist and classist is that Pākehā kids in Karori or Remuera aren’t having to make that decision.

The truth is Māori and Polynesian kids are almost always going to choose to help whānau over individual aspirations. We come from cultures that prioritise the collective and it’s an instinct that has been key to our survival. But we shouldn’t have to make such choices.

The good news is there are proven and practical solutions. The Ministry of Education could end streaming in schools which, given teacher bias, hurts Māori. Horowhenua College ended streaming in 2017 and since then NCEA results for Māori and Pasifika students have improved.

The education minister could make te reo Māori a core subject in schools and include more kapa haka, whanaungatanga and concepts like wairuatanga. A survey of 500 rangatahi Māori found that 90% wanted to learn more about their identity and ancestry. Research from the Children’s Commission found the same: tamariki Māori want to feel comfortable and safe to explore their culture, they want their teachers to understand te ao Māori, and school support of their whānau is an important part of their ability to achieve in school.

The government could guarantee everyone a generous basic income while increasing the supply of public housing and decreasing the cost of living so that everyone can have a secure foundation from which to learn, play and grow.

Right now, the richest 20% of people hoard more than 70% of the wealth and the wealth gap between the median Pākehā and Māori is $109,000. Māori feature more often in the working and welfare classes because our land, which was our spiritual and economic base, was forcefully and coercively taken. Colonisation is an ongoing process that continues to harm all of us today. We live in a society where some people have million-dollar superyachts while others are sleeping in cars.

If things were tika in the world, everyone would have a warm whare, a decent income and a good education. But our broken systems mean that only the wealthy get to enjoy this way of life. That is the conspiracy we need to be spending our time and energy on.

By joining together we could build an economic and education system that works for all of us, not just the wealthy few.