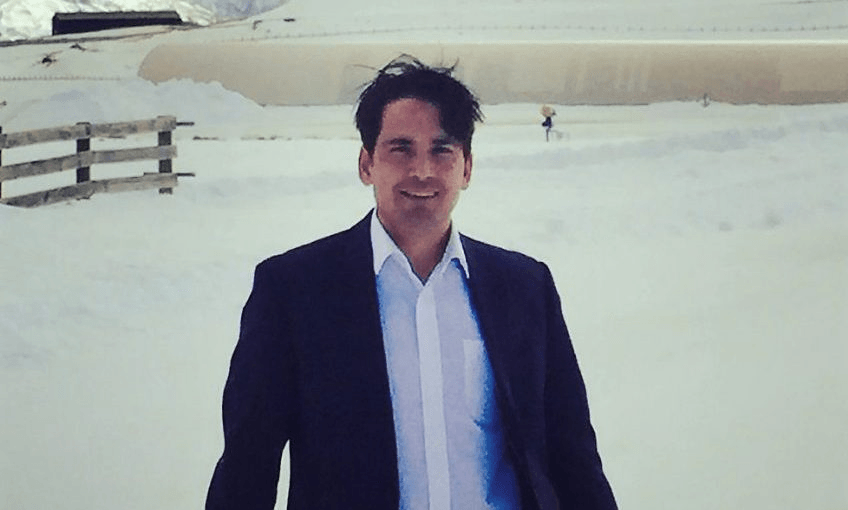 Who the hell is new National leader Simon Bridges?

Welcome to the Cheat Sheet, a clickable, shareable, bite-sized FAQ on the news of the moment. Today, the new leader of the National party, Simon Bridges.

Simon Joseph Bridges, former lawyer, came into parliament at the same time as former lawyer Amy Adams, whom he beat to the leadership. The former West Aucklander took the Tauranga seat after Bob Clarkson stood down. He’s since been minister of transport, minister of economic development, and was National’s leader of the house from 2017 onwards.

What’s the big talking point about him?

Well, how he talks. Simon Bridges has a broad, drawly Nu Zilland accent, which has led some to mock. Others have leapt to his defence, saying his accent is “fantastic” and highly differentiated from the Australian accent. He’s fond of hammering away at phrases in interviews, a la John Key’s “at the end of the day”, with Bridges going for the more definitive “thefactathamatta is.”

Is this generational change for National?

Sort of. He’ll be the first ever Māori leader of the National Party (or, in fact, either major party) though he doesn’t really stress his Māori identity all that much. At the age of 41 only a few short years older than prime minister Jacinda Ardern. He has certainly been pushing the generational change angle in his leadership campaign, and was never part of John Key’s so-called kitchen cabinet. Politically though he’s straight down the middle of the National Party – keen on resource extraction, roading, and relatively socially conservative. Bridges is the son of a Baptist minister, and voted against marriage equality in 2013.

What are his biggest moments to date?

Simon Bridges was the architect of the parliamentary swifty National pulled on Labour at the very start of the current term, when he talked them into raising the number of select committee seats (which favoured National as the biggest party) in exchange for voting for Trevor Mallard as speaker (which Labour should have been able to force through anyway.)

Bridges also earned notoriety for taking on John Campbell in defence of offshore drilling exploration near Kaikoura. The slugfest left Campbell blinking in shock at the end of it, complaining that Bridges had just wanted to turn up and have a shout. It probably did him a lot of good politically – those who were unlikely to vote for National anyway would’ve come away disliking him intensely, and those in favour of resource extraction would’ve loved that he actually stood up for them.

Can he beat Jacinda Ardern?

Simon Bridges probably has a better chance of doing this than the competent but bland Amy Adams, or the passionate but divisive Judith Collins. Collins herself seeded the idea that if the National Party dropped below 35% in the polls, the leader should go. But it seems likely that Bridges will be given a decent run into the 2020 election, given the aforementioned moderate generational change.

Who’s his team going to be?

Paula Bennett is staying on as deputy leader, which means if National were to take power the country would be governed by a Westie-ocracy. He’s not yet saying who will be in the crucial portfolios like Finance, but the other contenders in the leadership race will probably be given big jobs.

Could I have a beer with him?

Depends if you’re into classic rock that rocks. Simon Bridges’ summer road trip playlist has Led Zeppelin right at the top, with Mötorhead, Pink Floyd and Black Sabbath on the stereo too. He’s a family man, which might be a bit of a downer if you wanted to sink a dozen beers and headbang with him. Also, he insists he’s never blazed one up, so if that’s your jam hanging out with Simon Bridges is probably not for you.

Has New Zealand been crying out for the return of a prime minister that begins a lot sentences with the word actually? We’ll find out in 2020.