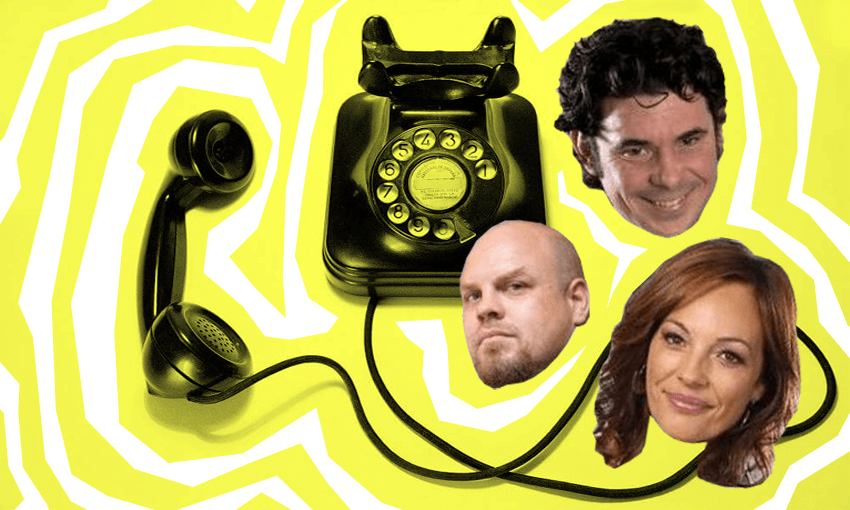 The 10 hottest takes from the Gone By Lunchtime Covid plan

The Ardern government had four steps and three pathways. Sir John Key had five ideas. The Act Party had “five big movements”. And the National Party had three pillars and 10 steps. None of that, however, could daunt the Gone By Lunchtime team. They gathered together late on Wednesday night to produce their Covid response plan, cobbled together with one pod, three stares into the void (Toby, Annabelle and Ben), one able producer (Te Aihe), and a roaring blaze of hot takes.

“For a plan to be a genuine plan that people can consider, it really needs to have numbers attached to it in terms of what people think are acceptable levels of hospitalisations, specific numbers of hospital beds that will be added to the current systems to meet that demand, and how many deaths they’re comfortable with … People need to be able to really analyse what the human cost is of opening up our borders.” Annabelle Lee Mather

“Public sentiment seems to have turned a lot towards reopening. But at the same time most New Zealanders, far from not knowing anyone who’s died from Covid, don’t know anyone who has had dysentery for a week from Covid. The levels of sickness in the community, even without serious or life threatening cases, might come as a bit of a shock.” Ben Thomas

“We’ve seen the bingo, lotto, housie lobby happening for MIQ … countless stories from people whose stories are just awful, relatives unwell they want to see, families split apart. There are some pretty heroic ambitions in the National plan about building these custom facilities, though of course it shines a light on what the government hasn’t done.” Toby Manhire

“I have enormous aroha for everybody who wants to come home to Aotearoa for whatever reason and isn’t able to. I can only imagine how frustrating it must be … Obviously the system is not perfect and does need improvement and you have to question the way it prioritised, but I think to offer a plan and say all New Zealanders could be home by Christmas is just unrealistic and incredibly irresponsible.” ALM

“In terms of testing, the Roche report was presented to the government one year and one day ago, and it included urgent attention to saliva testing.” TM

“There’s an ad hoc feel to the way this is being conducted, as if 45 cases is still consistent with the elimination approach … This idea that they would just announce [tenancy measures] on Tuesday and be passed into law on Thursday without being spoken about in previous seven weeks of lockdown, it does seem a little strange.” BT

“Iwi that have had settlements, that have had the chance to build up their manpower, their wealth, their infrastructure, they’re in a much better position to be able to dig into those hard to reach whānau members and help them, while helping the rest of the community, including Pākehā. But for the iwi that have been subjugated for a long time, that have had a particularly rough relationship with the crown, where they haven’t had their settlements, those are the ones who are really lagging behind in their vaccination rates. And it’s not just about reaching those whānau or getting to where they are, it’s overcoming decades and decades of suspicion, mistrust, mamae, that they feel at the hands of the state, and now it’s coming home to roost in those communities.” ALM

“The air fryer is real good. It’s incredible marketing, because it doesn’t fry anything. It’s just a small oven that works well.” BT

“I’ve finished six series of Downton Abbey since I’ve been in lockdown so now I feel like I’ve got nothing to live for. But besides that I’m all good.” ALM

“If Ben Thomas had been on the phone [to a journalist] talking about a novel response to the novel coronavirus rather than an air fryer maybe he would have had more luck.” TM

“I’ve got nothing. Not even a smug hermit kingdom metaphor.” ALM

Subscribe and listen to Gone By Lunchtime via Apple Podcasts, Spotify or your favourite podcast provider.