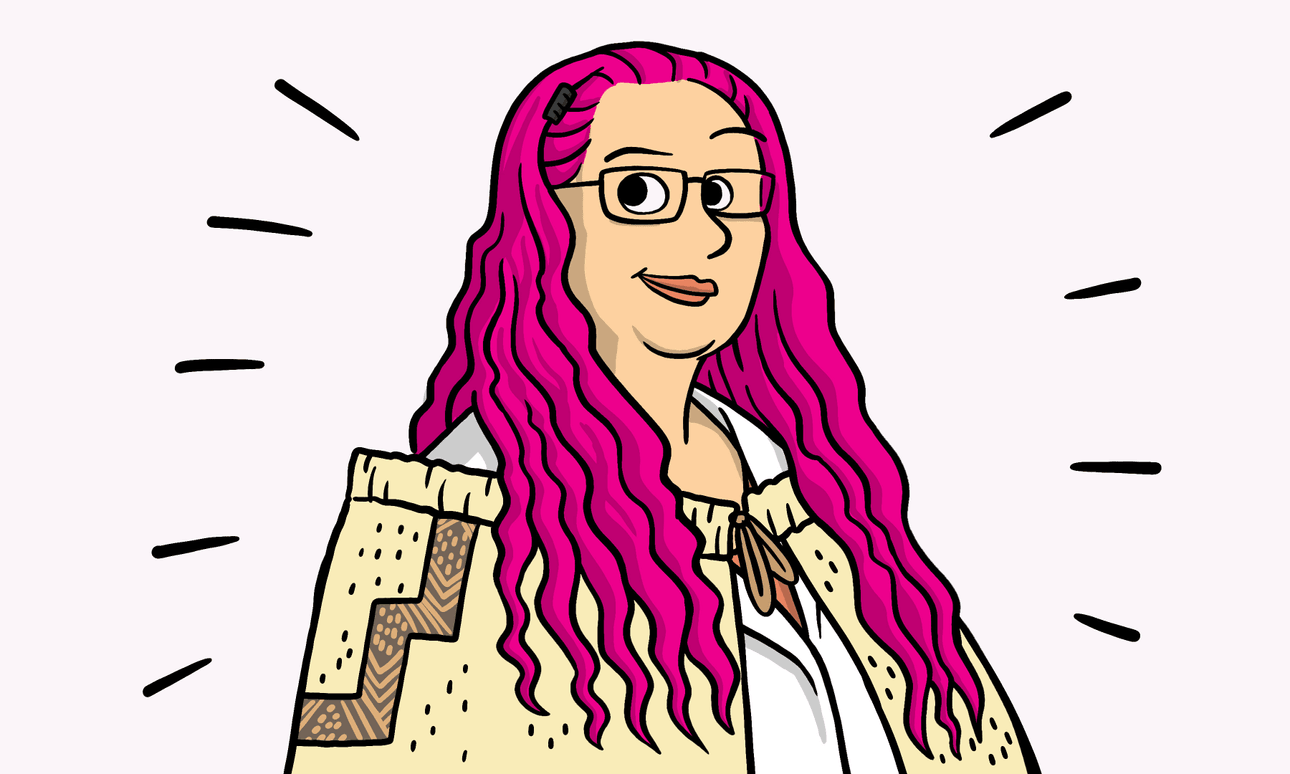 How Siouxsie Wiles became ‘the Covid lady’, then New Zealander of the year

Last night the microbiologist Dr Siouxsie Wiles was named Kiwibank New Zealander of the Year – Te Pou Whakarae o Aotearoa in front of a packed crowd at the Cordis hotel in Auckland. It came for her achievements in science communication, and the way she has shrugged off gendered critiques of her style and substance to become synonymous with calm, clear, compassionate communication which has achieved huge resonance with the New Zealand public.

It also recognised the fact that Wiles’ work echoed profoundly beyond our shores, largely through her ongoing collaboration with The Spinoff’s creative director, illustrator Toby Morris. The pair first linked up a little over a year ago, in the early stages of the pandemic, when there were just a handful of known cases within New Zealand to collaborate on a series of joint writing and illustration pieces for The Spinoff.

The first was a more approachable version of the ‘flatten the curve’ infographic which had been circulating in science circles. The decision was made to release it under a creative commons licence, which allowed it to be repurposed, and encouraged sharing. It was an immediate sensation. “The first tweet I sent with it garnered over six million impressions,” Wiles wrote recently in a story looking back over the past year. “Jacinda Ardern used it at a national press conference. The Washington Post, Buzzfeed and Wired shared it. NBC News called it ‘the defining chart of the coronavirus’.” They were on to something.

Wiles and Morris repeated the feat again and again, eventually attracting the attention of the World Health Organization, which got in touch to ask them to create work for their social channels, a relationship which continues to this day through The Spinoff’s sister studio, Daylight Creative, and of which Wiles remains an integral part. She paid tribute to her collaborator on Morning Report today, in an interview with Susie Ferguson. Wiles was at pains to stress that she was the public face of a much larger effort, of essential workers and contact tracers, all playing their part, and pointed to Morris, supported by his wife Sonya Nagels, as part of a huge chain of less visible people playing integral roles in managing the pandemic.

“This is one of the reasons why this feels slightly uncomfortable,” she said. “The most impact that I have had is through this collaboration with Toby Morris, and the fact that our graphics have gone all around the world.”

Her work extended far further than the collaboration though. At home she became ubiquitous in all forms of media, with an unerring ability to convey the current state of the fast-evolving Covid-19 science in an accessible and calming style. This stood in contrast to some other academics, who could lean toward a more inflammatory tone.

Because she took a different approach, because of her signature pink hair, because she is a woman, and because of the way social media is engineered, she also attracted waves of online hate. The award was in part a recognition that her achievements came despite that weight, and of the way her steadfast commitment to her cause provides an inspiration for others who might seek to bring their own style with them to work, particularly women operating in male-dominated fields.

The award was presented by prime minister Jacinda Ardern, from one globally recognised communicator to another. Wiles began by paying tribute to her fellow nominees, the hugely innovative social entrepreneur Ranjna Patel and Muslim community leader Farid Ahmed who has become an icon of forgiveness. She noted that she would rather not be known as “the Covid lady”, and that all three nominees were there for things “we wish didn’t exist or hadn’t happened”.

It felt in some ways like a microcosm of the night – a vision of a country trying to heal its wounds, deal with crises as they appear and remake itself in real time. And one that has the capacity to do those things on its own terms, informed by innovative work, indigenous values and by those of communities which have made their homes here.

Wiles said that she had lived in a number of countries growing up, but only recently felt like she was at home. After tonight, the culmination of an extraordinary year during which this country and the whole world benefited from her skills and stoicism, we can all count ourselves lucky to have her.

Read Dr Siouxsie Wiles’ work here, including her collaborations with Toby Morris. These were funded in part by the Science Media Centre and by The Spinoff Members – please join us if you can.