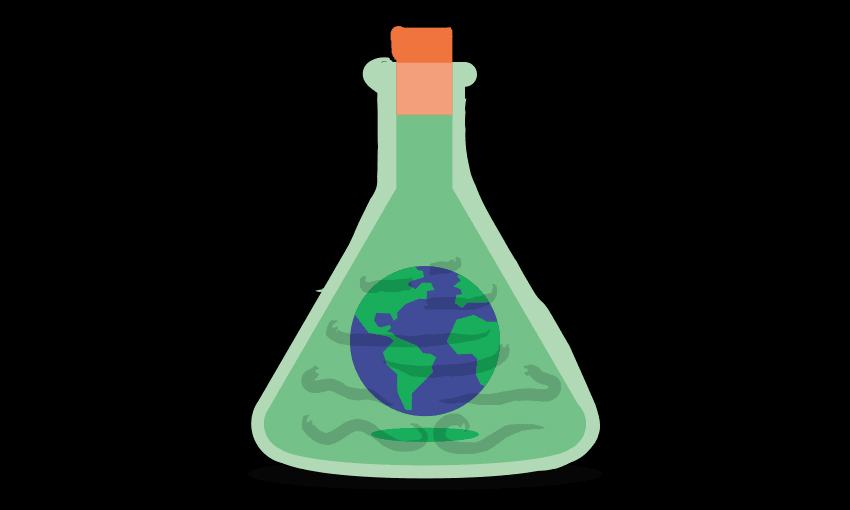 There’s a glimmer of hope within the bleak climate report

In the decade of research covered by the new IPCC report, climate science has made massive advances, leading to some of the strongest evidence yet that humans are altering the planet for the worse. Mirjam Guesgen reports.

There was no mincing words in the Intergovernmental Panel on Climate Change’s (IPCC’s) sixth assessment report on the physical science of climate change. Terms like “unequivocally caused” and “virtually certain” littered the some 4,000-page report.

Part of the reason the IPCC could draw such strong conclusions was thanks to advances in the science underpinning their statements.

As a result of those scientific advances, we now have the clearest picture ever of what’s going on with the Earth’s climate and how human activity affects that, according to co-chair of the IPCC working group Valérie Masson-Delmotte.

“We know better than ever how the climate changed in the past, how it’s changing now and how it will change in the future,” she said in a press conference on Monday.

Let’s be clear, previous reports were sound and represented some of the best science at the time. It’s just now, science is even better.

One of the major improvements has been in what’s called observational data. Each report is only as great as what’s been measured and since 2013 scientists have measured more and better.

On the ground there are more observatories and sensors to measure warming of the land surface. Scientists have launched weather balloons and planes into the air to look at aerosol levels or the compounds that make up the atmosphere. In the oceans, researchers have deployed buoys to measure surface temperatures. And thousands of kilometres above the earth, satellites have tracked how hot the oceans are, seen how ice sheets have shrunk and even tracked the oceans’ changing colour palette, indicating how much sediment or light-eating plankton there is in it (a sign of the water’s carbon cycle).

“The quality of the data has been improving over time. There are new instruments that have been developed to improve our data,” environmental physicist Laura Revell told The Spinoff. Satellites in particular have now been spinning around our planet long enough to give the kind of long-term data needed for climate change tracking.

And it’s not just what those instruments can track, it’s how well they can do so. The resolution of satellite data is better. Think of it as the difference in picture quality between a TV from the early 2000s and one from today. Instead of capturing data from big chunks of the earth, satellites are now focused on smaller squares, meaning scientists can zoom in on particular areas of the planet and see how they’re changing. That better resolution is part of the reason why the report has a more regional focus.

The swath of observational data was also plugged into more-powerful-than-ever climate models. “This is the most powerful generation of models we’ve had,” said Revell, a senior lecturer in environmental physics at the University of Canterbury.

Computing power has increased, meaning the models can now combine and analyse many more aspects of the climate at the same time. The more scientists understand how different parts of the environment interact, the better the models become.

For example, where before scientists may have plugged the amount of carbon dioxide in the atmosphere into the model and had it calculate how the climate might respond in terms of temperature increase or rainfall, now they could take a step back and let the model work out how those emissions interact with the natural processes that go on in oceans or on land.

Scientists have also had more models from many more areas around the globe to work with. And they’ve run those models more times, churning out more data than in previous years.

That extra data boost allowed researchers to run hindcasts – simulations of what the climate was like in the past. They could then match up  the models’ climate predictions to real-life climate measurements from the past, and therefore be confident that the models’ estimates of the future are accurate too.

Finally, scientists rebuilt a picture of what the Earth looked like in ancient times, before humans were around in force. Those reconstructions gave them a stronger sense of the impact people have had on the planet and made the IPCC confident to conclude that “many of the changes observed since the 1950s are unprecedented over decades to millennia”.

The conclusions of the report are grim and pretty scary. But, in some sense, the outpouring of effort into improving climate science offers a glimpse of hope that communities worldwide are taking the issue of climate change seriously.

Masson-Delmotte said: “We have a much more accurate understanding of the response of the global climate to emissions and this is a major advance that is reflected in this report. It is one of the many examples of scientific progress.”