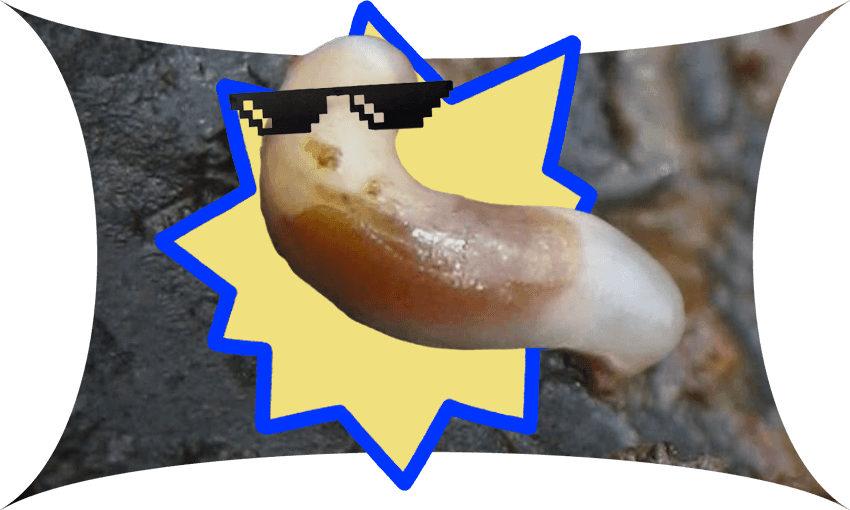 The ‘extremely rare gravel maggot’ does not have a bottom jaw, and according to one noted food critic closely resembles a Guylian chocolate. Alex Casey reports.

Just when you think there are no good news stories left in the world, a sea slug named Smeagol washes up in a new corner of the country and sets the creepy-crawly world alight. Last week it was reported that the “extremely rare gravel maggot” had popped up in Hautai Marine Reserve in South Westland, hundreds of kilometres from the two other known populations of the nationally critical species in Westland and Kaikōura.

How did this 1cm long translucent legend get there? Nobody knows.

Smeagol Hilaris – hilaris by name, hilarious by nature – was first discovered in 1979 in Wellington, and named after the pallid, subterranean Tolkien character. For those unfamiliar with the Lord of the Rings franchise, Smeagol was a guy who was basically all good until he encountered a stunning piece of jewellery which made him move into a dark cave, lose all his hair and spend his days hoicking up his own phlegm. (“Gravel maggot”, meanwhile, is also a popular insult in the Star Wars universe, first appearing in the novelisation of Episode IV: A New Hope.)

This Smeagol, on the other hand, has more of a chilled-out vibe. In 2019, DOC ambassador Nicola Toki revealed on her Critter of the Week segment on RNZ that although Smeagol “does not have a bottom jaw” it does have “tiny little small teeth” – also called radula. With those tiny little chompers it feeds on decaying seaweed and scratches the nutrients off stones for its dinner.

Bizarrely, host Jesse Mulligan appeared to want to nosh on the rare sea slug with his own set of radula. “With that creamy caramel colouring it could be a chocolate,” the award-winning food critic salivated on air, “a Guylian chocolate.” Other media professionals at The Spinoff reported that the slug looked more like “a coke bottle lolly that’s been sucked on and spat out”.

Due to their small size and antisocial dwellings 30cm underground, there is still much to discover about the airbreathing slug named Smeagol, and how it ended up miles from anywhere. “We would need to go back to Hautai and spend some time digging carefully around gravel or under boulders to see if we can find any live gravel maggots there,” West Coast marine ranger Don Neale said of the discovery.

Until more information comes to hand, The Spinoff advises any sea slugs named Smeagol that they should not approach Jesse Mulligan for fear of being eaten and reviewed in Viva magazine. In the meantime, all of us translucent, slippery, antisocial airbreathers can celebrate a new mascot, a new leader, and a new frontrunner to win Bird of the Year in 2022.

Are you an airbreathing live gravel maggot named Smeagol that looks like a Guylian chocolate and/or a spat-out coke bottle lolly? Email alex@thespinoff.co.nz