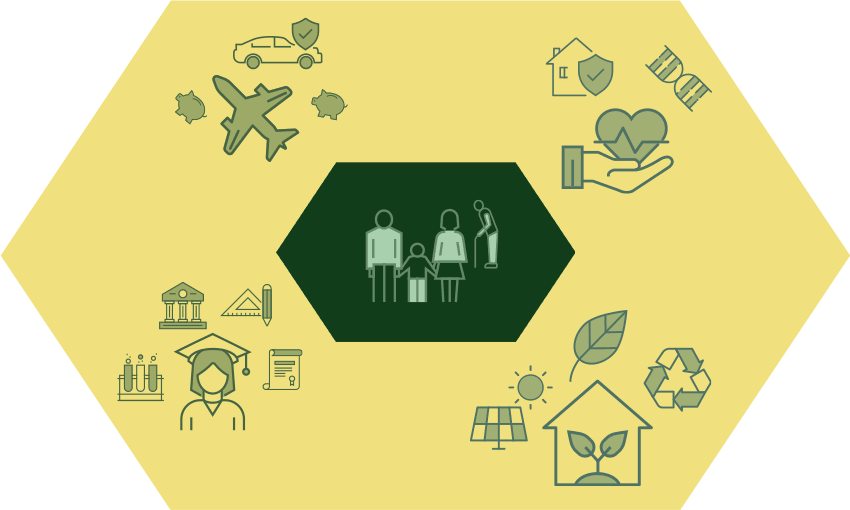 We’ll never return to a pre-pandemic world, experts say. But what we do next could dictate how long the spectre of Covid-19 will hang over us.

Two new reports have detailed the weaknesses revealed in both national and global systems by Covid-19, and warned of the future consequences of current inaction.

“Transforming or Tinkering? Inaction lays the groundwork for the next pandemic” is the latest report from the Independent Panel for Pandemic Preparedness and Response (IPPPR), which was established in September 2020 to investigate the mechanisms by which Covid-19 grew to epidemic and then pandemic proportions. The panel was made up of world leaders, health and socioeconomic experts, and was co-chaired by former New Zealand prime minister Helen Clark.

The new IPPPR report comes at the same time as the release of an International Science Council (ISC) report titled “Unprecedented and Unfinished: Covid-19 and Implications for National and Global Policy”. Report oversight panel chair is ISC president Sir Peter Gluckman, a New Zealander who served as the first chief science adviser to the prime minister from 2009-2018. Now the director of the University of Auckland’s Koi Tū: The Centre for Informed Futures, he told The Spinoff we “need to be honest with ourselves”.

“Understandably, both in the public and the government there’s a desire just to move on,” Gluckman said. “And you can’t move on. [The pandemic will affect us] for years to come. We can’t pretend it’s gone.”

“There is progress to commend but a transformed system is some way away. If there was a new pandemic threat we would largely be in the same place as we were in December of 2019. Maybe worse, given the tight fiscal space.”

Helen Clark gave a stark warning at a media briefing on Tuesday ahead of the new IPPPR report release.

In its original report of May 2021, the panel found that “in the space of a few months [Covid-19] has set back sustainable development by years”. The death of healthcare workers weakened global systems, and the panel predicted a loss of US$22 trillion from the global economy between 2020 and 2025. Education was severely disrupted and gender-based violence skyrocketed, with support services seeing a fivefold increase in demand. Additionally, an estimated 10 million more girls became at risk of early marriage.

The panel found that the pandemic exacerbated inequalities both between and within countries. The scale and development of the pandemic was found to be accelerated by insufficient international coordination characterised by “delay, hesitation and denial”. A year on, the inequities between nations still haven’t been sufficiently addressed, with the IPPPR finding the “charity” model of vaccine distribution ineffective. Much of the populations of low- and middle-income countries remain unvaccinated, which means the goal of 70% worldwide vaccination by mid-2022 is not set to be achieved. Initially an issue of supply, global vaccination efforts are now being frustrated by inadequate infrastructure for distribution and dissemination of doses. This leaves a significant population for the virus to incubate and mutate in, which may lead to new and increasingly virulent strains of Covid-19.

The IPPPR noted that “pandemics and other severe health threats should be a matter for presidents and prime ministers, as are threats of war, terrorism, nuclear disaster, and global economic instability. Instead, pandemic preparedness and response has been largely siloed within the health sector.”

With continued inaction as the virus continues mutating, we may be putting ourselves at risk of another devastating health crisis.

Not just a health issue

In its report, the ISC expanded on the concerns laid out by the IPPPR. The original IPPPR report noted that “threats to human, animal and environmental health are inextricably linked, and instruments to address them need to include climate change agreements”. The report also noted that the pandemic was largely addressed as a health issue when its impacts reached across climate, society and civic policy.

The ISC’s latest report expands on the fallout of the pandemic on other areas of society. It acknowledges that Covid-19’s impacts reach far beyond the health sector, and it outlines affected areas that could be targeted by policy-makers to ensure the wide-ranging harms of the pandemic are minimised.

The report states that “Covid’s long echo will last at least another five years”, noting that we will likely continue to see the exacerbation of the inequities exposed by the pandemic. Luckily, “public policy and governance have the potential to prolong or curtail the pandemic’s impacts”.

It recommends the strengthening of government services, notably the capacity of the public health system, social security for the vulnerable, education recovery and improving access to mental health services. Among the other considerations of the report, these areas will influence civic participation and economic recovery. For instance, the widespread loss of education will have impacts on the world economy if the education gap is not addressed and rectified.

What does this mean for New Zealand?

In a response to the ISC report via the Science Media Centre, Michael Baker of the University of Otago’s Department of Public Health in Pōneke noted that “the New Zealand Covid-19 response stacks up well in many areas identified by the ISC report, including its use of science advice, efforts to strengthen public health capacity, support of effective responses in the Pacific region and global leadership on efforts to reduce the spread of disinformation via social media.

“But there are also many areas for improvement, including effort to address widening inequalities, and depoliticising decision-making around existential threats.”

Gluckman agreed. “We’ve got a long period of economic recovery ahead of us, and how that recovery will unfold is uncertain.

“We’re not pure in New Zealand just because we’ve had a reasonably good outcome from the pandemic in health terms. What about mental health? What about all the other issues that are out there?”

Gluckman cited two areas he’s particularly concerned about in the New Zealand context, the first of which is education and the digital divide. He noted that the move to online learning created significant disadvantages for those without access to internet connections or devices, and the loss of education is not yet being addressed. “We can’t have such a high percentage of our next generation disadvantaged.”

Additionally, he said he was “very worried about mental health, particularly in young people”. Gluckman emphasised that he wasn’t speaking solely about mental healthcare like the availability of counselling, either, what he calls “the bottom end” of the issue.

“There’s a lot more [to think about in terms of] social care, how young people live their lives, how communities operate.”

Gluckman pointed to the success of iwi and community-led initiatives, noting that the pandemic could teach us a lot about creating and running more equitable systems.

These areas of public policy will have extensive impacts on how the pandemic continues to affect New Zealand and the world as a whole. The ISC report noted that areas such as mental health will have impacts on the economy, as a workforce with poor mental health will affect productivity. Education, too, will impact the economy, as an education gap will affect the skills of our future workforce. Factors such as the spread of misinformation will impact public trust, which in turn impacts the functioning of a democracy. The impulse to stall sustainability goals for short-term growth will also have impacts on future economies – the environment invariably has impacts on areas such as food security, for instance. Gluckman’s fear is that long-term goals and recovery will be hindered by narrow and short-sighted policy in the upcoming political cycle.

As we head into another election year in 2023, Gluckman warned that we shouldn’t “play the blame game”, especially with the advantages of hindsight. Instead, he wanted to see a focus on the public good rather than a return to “retail politics”. “All these issues need a conversation that is elevated beyond politics.

“In terms of health, in terms of death and direct Covid disability, we’ve done very well and nobody can criticise what happened. But there are lots of collateral issues. These could be minimised for political reasons, but we mustn’t do that.

“The pandemic is not over. It’s got broad implications across every aspect of the human condition, including into things like the sustainability agenda. [We] need to be learning lessons now.”