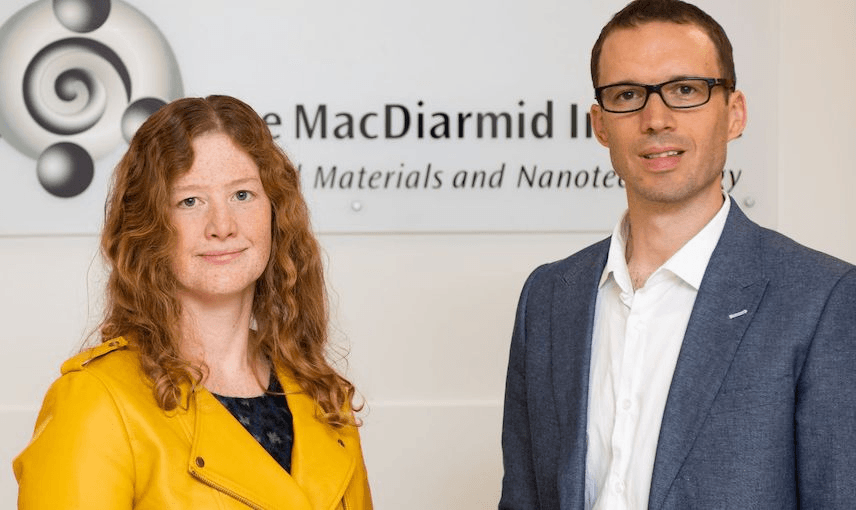 Nicola Gaston on taking the wheel at the MacDiarmid Institute

Studies of nanotechnology and advanced materials are becoming ever more crucial as the world adjusts to a more sustainable way of living. Recently appointed co-director of the MacDiarmid Institute Dr. Nicola Gaston’s new role allows her to guide one of New Zealand’s top science institutes to potentially world-leading research.

Rising awareness about sustainability is leading many of us to opt for eco-friendly options for shopping bags, coffee cups, and even cars. To help drive this change, new biodegradable materials are being developed, all in the name of keeping this lovely planet of ours from turning into a ball of garbage.

Many people are aware of developments being made in this area, but there’s not many who know about the scientific research that goes into the technology, research that the MacDiarmid Institute supports in New Zealand. Nicola Gaston, the institute’s co-director, understands the importance of these studies, and shared her thoughts with The Spinoff.

On nanotechnology and advanced materials science

The MacDiarmid Institute fosters research within a large area of science, despite being focused on the smallest of things (it’s the scale of tens or hundreds of atoms). “Nanotechnology and materials science is the science of everything that’s made of stuff, matter. In particular the advanced materials and nanotechnology part of it is about controlling the structure of matter so that it has particular properties,” Gaston says, adding that she’s confident in the role these sciences play in helping us gain a better understanding of the world and how it works.

She says the MacDiarmid Institute has had to adapt to the way that society has started thinking about the future of the planet. Ideas like biodegradable materials and responsible use of energy have “never deliberately been incorporated” in the institute, “but over time it’s become apparent when we talk about some of the problems that New Zealand is facing” – problems like the amount of nitrogen on farms, something she says can be remediated with the science being worked on at the MacDiarmid Institute. “What we need to do is somehow convert it back to the molecular nitrogen that’s in the air, which is where it came from in the first place. That’s a research project that one of our people has come up with in the last few years.”

Gaston doesn’t believe New Zealand is disadvantaged in scientific discovery, despite our small geographic footprint and population. She says it’s a common idea for people to fret over, but “it neglects the fact that scientific discovery is kind of serendipitous.”

She wants to push the idea that science is not about the end result, it’s about the learning that happens during the research. “It’s having students who’ve been through the system and had contact with those ideas and are comfortable with them and can respond appropriately either in a social way or in a business way when technology comes about that will actually disrupt the way we live.”

And students who respond to industry demand are something that the MacDiarmid Institute breeds, with four startup companies coming out of the institute in the past year. Gaston says this is all because of an environment within the institute that encourages students to commercialise their research and ideas. “It comes down to not forcing anybody to do anything, but changing the culture to make [commercialisation] easier and more accessible.”

On science communications and anti-science movements

Anti-science and anti-intellectual movements is a growing concern in the science community over recent years. Gaston recognises the concern but says the solution “comes down to how we manage it as a society.”

“It’s probably a question for journalism as much as it is for other scientists and academics and gatekeepers of knowledge. It’s about how we democratise knowledge as much as anything else.”

Poor science communication is often blamed for movements like anti-vaxxing, but Gaston says these days it is much easier to find scientists who aren’t afraid to speak up for their research. She says certain New Zealand organisations are doing well. “The Science Media Centre in New Zealand is a really good example to people who do have things to say publicly about their science.”

Gaston admits that “the more responsible forms of science communication are the ones done in cooperation with external experts or with a journalist querying. As much as scientists like to think they’re objective, most of us have a very specific skill set and so we don’t always look at a problem from a specific angle.”

Gaston says female representation in science is a conversation that should be increasingly present in academic circles, so people can “understand that when we talk about gender equity it’s because there are really good reasons for making things right.”

Sitting at the helm of one of New Zealand’s most influential science institutions, Gaston is excited at the direction her work and the MacDiarmid Institute is taking. “There is a need for us to think about material science in a sustainable way. We’re quite keen to reach out internationally and check out what the international conversation is around that space.”