A new study reveals the startling rate at which the South Island’s spectacular glaciers are melting away, reports Mirjam Guesgen.

Anyone who has visited Franz Joseph or Fox glacier over several years will see how they’ve shrunk, now just a narrow patch of ice peeking out from a rocky mountainscape.

But a study published today in the journal Nature details the extraordinary rate at which New Zealand’s glaciers, and those worldwide, are melting. In recent years, we’ve been losing ours faster than anywhere else on the planet.

The study used images captured by a NASA satellite to calculate how much the mass of the some 220,000 glaciers worldwide changed between the years 2000 and 2019. It found that glaciers lost a whopping 267 billion tonnes of ice per year on average. That’s the equivalent of four and half Lake Taupōs.

The 267 billion tonne figure was more accurate than previous estimates and included more glaciers than ever before, owing to the camera’s high resolution and how often it snapped photos (at least twice per year).

The study also found that, overall, glacier thinning has picked up in pace in recent years. During the first part of the 21st century, glaciers were losing around 227 billion tonnes on average. That ramped up to nearly 300 billion tonnes annually between 2015 and 2019. 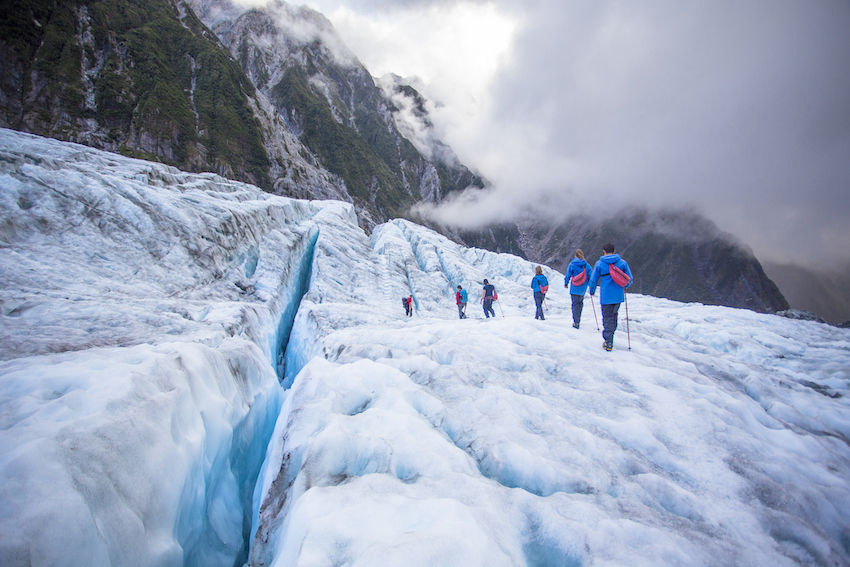 New Zealand’s glaciers shrunk the fastest during those later years, losing around 1.52 billion tonnes of ice annually, seven times faster than at the start of the 21st century. Researchers put this down to the fact that New Zealand is warmer for more of the year than, for example, glaciers in polar regions where low winter temperatures lock ice in for longer.

The scientists attribute changes in the glaciers to a warming climate. Glaciers are sentinels of climate change, explains study co-author Etienne Berthier. “We know from over 60 years of other studies that [global] warming is really what is driving the mass loss of glaciers. And greenhouse gases are driving the warming,” Berthier told The Spinoff.

“Every half degree of temperature matters for glaciers.” Even if we halted global temperature rise right now, Berthier says, the world would still lose around a third of its glaciers.

New Zealand’s icy slopes may be some of the first to go, says Lauren Vargo, a research fellow studying glaciers at the Antarctic Research Centre. “Fox and Franz Joseph glacier respond really quickly to changes in temperature. The lag time for them is really short because they’re really steep. It’d only [take] a few years.” Most of New Zealand’s 2,900-odd glaciers would respond more slowly though, she says.

Losing two big tourism draw cards could spell trouble for New Zealand’s West Coast, an area already struggling with a lack of tourists due to Covid-19.

Perhaps even more concerning for the region is the link between glaciers, earthquakes and landslides. Landslides triggered by earthquakes can become more likely when glacier ice is peeled away to expose unstable rocky valleys beneath.

The Franz Joseph glacier’s meltwaters also feed into the Waiho river. When the river floods, it carries rocks and debris down from the mountain to the highway and township below.

Although flooding of the river is usually triggered by heavy rainfalls, not glacial melt, there are instances when glaciers can cause flooding. So-called outburst flooding events, where water from underneath a glacier pushes up through the ice, have happened numerous times since the 1920s, when scientists started recording them.

Glacial melting coupled with the other extreme weather events brought on by climate change could turn an already-hazard-prone region into a danger zone.

The government yesterday announced a $12.3 million “shot in the arm” for the struggling Franz Joseph community to address both the lack of tourists and natural hazards.

Overseas, in places like the Andes or the Himalayas, glaciers provide an important social resource. Farmers depend on the water that melts off them in spring and summer for irrigation. “[Glaciers] act as water tower providing water in summer when people need it,” says Berthier. “Right now they’re still providing water but when they shrink to such a small area they will not be there to provide that service to people.”

To cap it all off, the Nature study calculated that glacial melt accounted for around 21% of sea level rise between 2000 and 2019, raising oceans by around three quarters of a millimetre as water flowed from the glaciers, through rivers and out into the ocean. However, that’s a drop in the proverbial bucket compared to the main culprit of sea level rise, melting ice sheets.

The researchers hope the study will prompt governments to act decisively to slow climate change. “It’s another alarm bell that we scientists have tolled,” says Berthier. Their findings will be included in the next Intergovernmental Panel on Climate Change assessment report.

It may not be possible however to keep tracking this many glaciers with this precision in the future. The NASA satellite, Terra, that researchers used is set to be decommissioned in the coming years, having already exceeded its life expectancy.

The team is currently making requests to access other satellites but this may take a decade. “We are working for the next generation of scientists so they have the data to go on… But for sure there’s going to be some kind of discontinuity in the time series,” says Berthier.