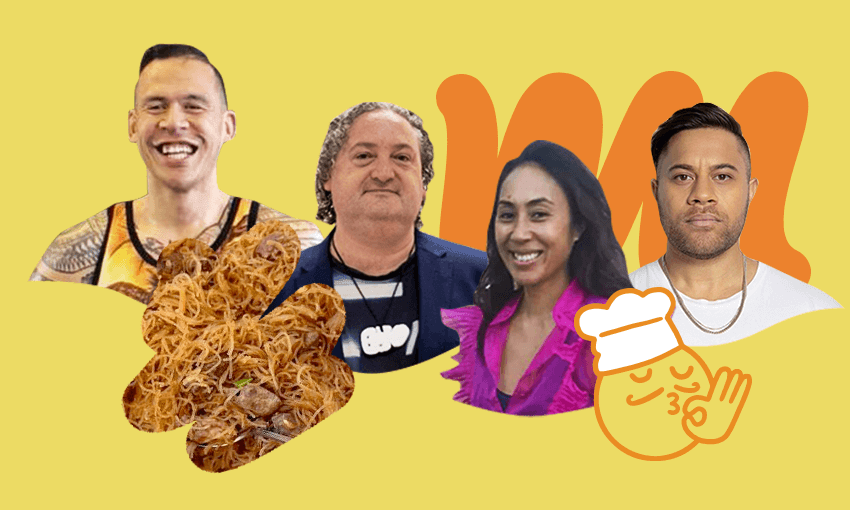 Five things to see and do at Taste of Pasifika

Tāmaki Makaurau’s popular Pasifika Festival was cancelled in March due to the pandemic. Now it’s back, but with a twist.

Auckland Unlimited has released its full programme for the Taste of Pasifika, a reimagined version of the annual Pasifika Festival, typically held in March at Western Springs. This year, the first three weekends of of June will be filled with Pasifika-inspired, Pasifika-led activities, starting with this Queen’s birthday weekend at The Cloud.

10 Pacific nations will take part and showcase their cultures, identity and place in Aotearoa through performance, food, art, fashion, design, talanoa, wellness and traditional healing, fale activities and much more. There are also two performance stages, so there’ll be a lot of entertainment guaranteed to keep you occupied as you roam between villages including open mic night, climate change talanoa led by the Ministry of Foreign Affairs and Trade and dance workshops led by Ura Tabu Pacific Dance members.

And best of all, it’s a free event to attend.

Here’s five things not to miss:

When: Friday June 3 – Monday June 6
Where: The Cloud, Auckland

Curated by acclaimed artist and curator Nigel Borell, the exhibition features three artists, Ema Tavola (Fiji), Leilani Kake (Māori, Cook Islands) and Raymond Sagapolutele (Sāmoa), and their work that highlights their experience of the Covid-19 lockdowns. Artmaking became a way of helping them all reconnect and find balance and order through the often chaotic times of the pandemic, Borell says.

The artworks will activate three distinct conversations around how artmaking plays a central role in maintaining our health and wellbeing in a time of a global pandemic – a time when health and wellbeing has never been more important. There will also be a crew of top graffiti artists throw up a Pasifika-inspired megapiece, back to back, in eight hours. The artwork will be displayed at the Tapa Bowl inside The Cloud.

The Big Step Up classes led by Dave Letele

He’s the 2022 Kiwibank New Zealand local hero of the year, the man behind BBM (Buttabean Motivation) in South and West Auckland and one of this year’s audience favourites on Dancing with the Stars. Now Dave Letele is bringing that same energy to Taste of Pasifika.

The former boxer will take people through bodyweight workouts that he promises will be fun, where he can talk about the importance of health and helping people who want to start their journey living a healthier lifestyle. “We’re all about reducing obesity among Māori and Pacific people in Aotearoa through education and enabling them to choose a healthy and active lifestyle for the duration of their lives, their children, their wider family and the community,” Letele says.

Former rugby league player Reuben Wiki, who co-founded Wiki Workz Fitness, and former All Blacks great Keven Mealamu, who owns Fit60 Functional and Group Training Facility in South Auckland, will be joining in on the activity. Letele says his dance partner Kristie Williams as well as her partner Johnny Williams (Eli Matthewson’s dance partner) are also expected to make an appearance and support the cause.

Where: The Cloud, Auckland
When: Friday June 3, from 9pm

Nora Swann has been running the Pacific Fusion Fashion show for over five years, with the most recent show occurring in the end of May on literally the road of St George Street in the South Auckland suburb of Papatoetoe. The show is the largest high-end Pacific fashion event in the country.

An impressive lineup of Pasifika talent is set to take the stage including Afa Ah Loo and Julia Ford. There’ll be a mixture of Pacific and Māori fashion designs from everyday wear to haute couture. There will also be a few kids showcasing children’s wear and plus size fashion will be making an appearance on the night. If you’re wanting to learn more about Pacific designers, this is the event to see.

Swann has announced there will be an international designer featuring in the showcase, but won’t reveal the name, saying “you’ll need to attend the show to find out”. It’ll be impossible to miss the runway as it’ll be placed centre stage at The Cloud with a first in, first served seating arrangement.

Where: The Cloud, Auckland
When: Friday 3 June-Monday 6 June

Auckland Unlimited has given me the inside scoop on what food you can expect this year. There’ll be hāngi, Cook Island pies, Fijian curries, Fijian lovo (similar to an umu spread), Sāmoan palusami, luau mamoe, luau pipi and barbecue, Tongan roasts as well as their curries, chop suey, lu pulu and raw fish. Don’t forget Tongan otai to wash all that delicious kai down. There will also be Tuvalu raw fish, fekei, umu pork and taro and grilled fish. I’m told there will be Pasifika flavoured cotton candy and pineapple and watermelon bowl ice-cream available too.

There are no EFTPOS facilities or ATMs at Taste of Pasifika’s The Cloud venue, so it’s advised to bring cash so that you can enjoy the kai and wonderful crafts that will be available.

For a couple of hours every Sunday this month, you can listen to the soulful sounds of Tāmaki Makaurau’s finest artists ranging from old school Polyfonk of Ardijah to the soothing harmonies of Brotherhood Musiq. The young Irene Folau will also be taking the stage, having from a young age led sold-out productions at Māngere Arts Centre. Award-winning Pacific gospel artist TJ Taotua and his band, as well as Thomas Stowers (Aotearoa’s very own Barry White) will be making appearances.

For the full schedule of events, head to the Taste of Pasifika Festival website.