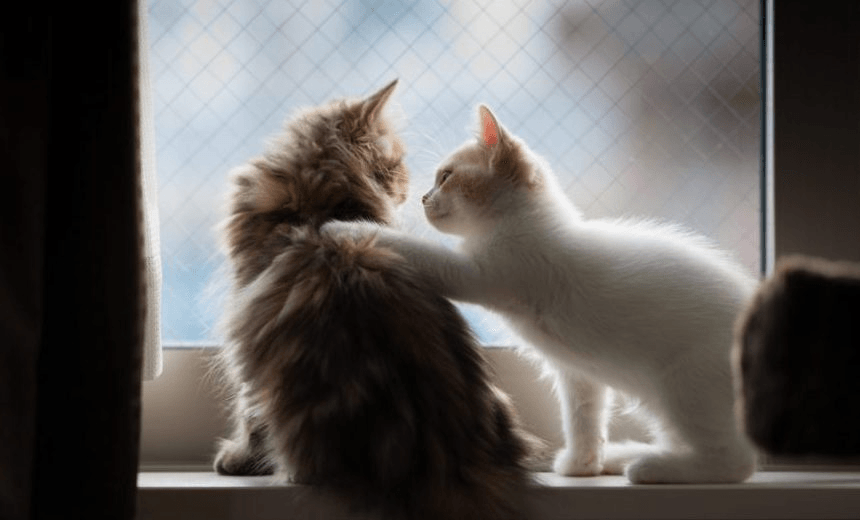 Michele A’Court and Tom on a windowsill

Summer Reissue: Here, let me help. Start by imagining your penis is bleeding

Michele A’Court and Tom on a windowsill

And yes, that’s a convoluted sentence (you might need to read it twice) but that’s because what you are doing is unnecessarily convoluted. Men do this a lot with lady stuff. Like when a woman is treated badly, you ask each other to imagine how you would feel if she was your daughter, or your wife, or your sister, and how that would make you feel. When really, the most powerful way to empathise is to imagine if the thing – the rape, or the harassment or whatever – actually happened to you. “How would you feel if a team of rugby players at a social event touched your genitals without your consent, Tom?” Feel the difference there, buddy?

You say you experience menstrual pain because you live with people who experience menstrual pain, and their pain affects you – that whole 23-days-a-kitten, 5-days-a-tiger scenario you have to deal with. (To be honest, based on this, I’m not entirely sure you’ve met a woman, but let’s not get stuck on that or any of the other batshit-crazy ideas you managed to pound quite hard into a few column inches.)

Let’s do what you didn’t do and see if we can find a way that a man might actually be able to empathise with a woman who menstruates. The very best way would be to imagine yourself a woman, but I appreciate we might want to take baby-steps with this.

So… imagine that you are you, Tom. All good? And that for a few days every month, you bleed out of your penis. Sometimes a little bit, sometimes a lot. And your testicles (which would have turned into ovaries if you’d been born a lady) are painful. They cramp up like they’re being squeezed in a vice. Not the whole time – it comes in waves. In extreme cases, it hurts so much that you vomit. For a day or two, or more, you might feel feverish and achy all over. You’re not actually ill, but you know… your balls hurt and your penis is bleeding, so…

Of course, it’s different for everyone. For some people, once your penis starts bleeding, it means the worst bit is actually over. There’s the blood to deal with, sure, but hormonal fluctuations that happen in the days beforehand make you feel all kinds of things. Sad, angry, frustrated, confused. And you will try to pinpoint the cause of each of those emotions but you will be unable to – they’re not caused by thoughts or events, they’re caused by your body doing its job.

Over the years (all this starts when you’re about 12-years-old and goes on till you’re about 50) you get good at managing it. You probably suck up about 90 percent of the complex emotional stuff and only express a tiny bit of what’s actually going on for you. You take paracetamol and ibuprofen to deal with the pain in your balls, and experiment with putting wheat bags on them and drinking herbal teas which might help – it’s hard to tell when you’re doubled over and sweating with nausea.

At some point, you might even come to appreciate and embrace the emotional rollercoaster. It’s good to feel things, and to express those emotions. That doesn’t mean you’re crazy – it’s what makes you a man.

And you do your best to be tidy with all the blood coming out of your penis. People don’t like to see the blood on your clothes so you wear special penis-wraps to soak it up. Though on heavy days (and you don’t know when they’ll be – surprise!) you might bleed a bit into your trousers, so you carry a hoodie or jumper even on a hot day just in case you need to tie it round your waist and hide the bloodstain. Your closest mates are really kind about letting you know if you’ve bled through – that’s what mates are for.

Back in your dad’s day, he made his own special penis-wraps out of old sacks in the garage and attached them to a hidden belt with twine. And at the end of each menstrual cycle, your dad would take the bits of old sack down to the river and bang them against the rocks to clean them for the next month. He and Granddad often reminisce about what a bonding experience this was for them – the women would be off doing whatever it was they did, and the men would be swapping yarns and getting that sacking all clean and soft, and they’d talk about the Moon and how He was both kind and cruel, making them bleed so often but then also making it possible for them to become fathers one day and what a joy that is.

But men don’t have time for all this riverside folk-telling now because they have jobs and stuff. And to be honest, no one’s too sad about that because the homemade sack-wrappings were bulky and they chafed and could be a bit smelly and sometimes caused penis infections, and stopped you doing things you wanted to do like ride a bike without wincing or play rugby. You can’t hunker down in a scrum when you’re on the sack.

Happily, times have moved on. Everyone buys disposable penis-wraps at the supermarket in a special section just for men and their sons. Well, almost everyone. They’re pretty pricey and there is real actual evidence of young boys not going to school when their penis is bleeding because they can’t afford the penis-wraps. And other reports of lower-socio-economic men improvising with bits of sack (they’ve heard the old stories) and ending up with inflamed, infected penises and bladder infections that make it painful when they wee, or walk, or sit down.

Even for people who aren’t poor, it can be a bit of a stretch. Imagine being the father of three sons – you’d be spending as much on penis-wraps as you do on petrol! And the penis-wraps aren’t nearly as much fun as going for a long drive. Still, you’ve got no choice.

Bleeding out of your penis isn’t an illness (though it does make you feel very sick on occasion and is recognised by “sick leave” when necessary) but you could argue that not being able to leave the house for five days every month because there’s blood running down your legs is something of a “disability”, yeah?

I’d be really happy for some of my tax dollars to go towards providing penis-wraps to men like you, Tom. It’s not like anyone would abuse the system – they’re not much good for anything else. Sure, some wag at a party might use five to make a whacky glove but that sort of shit is only funny once.

It seems weird, right, that one half of the population has to spend a significant amount of money on a basic need – which, to be fair, benefits all of us in terms of hygiene and health. I’d like us as a community to contribute to that, to level the playing field a bit. I can’t take away the pain in your balls, Tom, or stop the blood pouring out of your penis, but I can ease the financial burden for you and your brothers, and make your life – in this sense at least – a little more like mine.