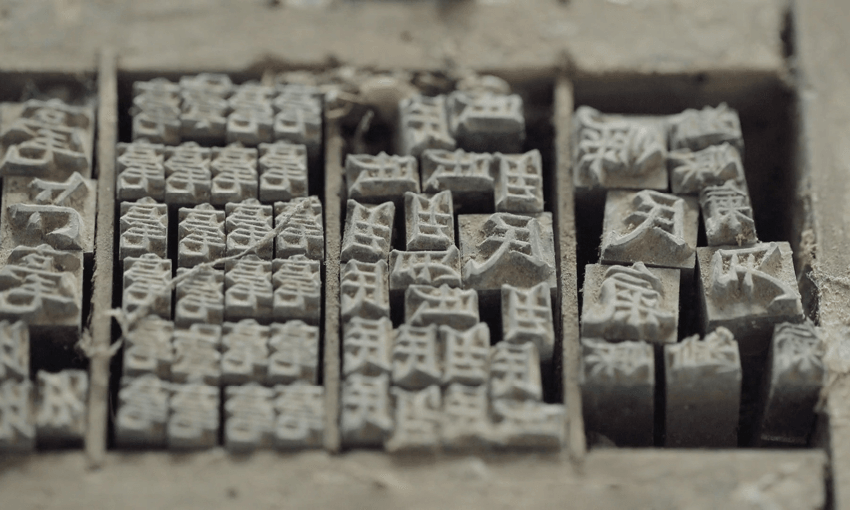 The Single Object: The typeface that told the stories of Chinese New Zealanders

For decades it sat gathering dust in a Pukekohe garden shed. Now this set of heavy lead typeface has a fascinating story to tell about the history of Chinese New Zealanders.

When a one-tonne set of typeface arrived in New Zealand from Hong Kong in 1952, it marked a turning point. More than a century after the arrival of the first Chinese immigrants, the community finally had a means of formal communication.

The typeface was ordered by the Chinese Growers’ Federation, established during the second world war to enhance the supply chain of vegetables from Chinese market gardens around the country. They used it to publish The New Zealand Chinese Growers’ Monthly Journal, a newspaper that for two decades went out to not only gardeners but just about every other Chinese business.

“Once you’re able to have your people reading and learning about things, you’re increasing their knowledge, increasing their standing in the community and you’re producing a stronger community,” says historian Ruth Lam.

And the Journal published a lot more than tips on growing veges. For two decades it was home to Chinese-language news, community notices, even poetry. Then, when the final edition was printed in the 1970s, the typeface was carefully packed up and put into storage.

Decades later, its dusty packaging was discovered in a shed at Wai Shing garden in Pukekohe. It now lives at Wai-te-ata Press in Wellington, where it’s being recorded and restored, ready to tell the story of Chinese New Zealanders once again.