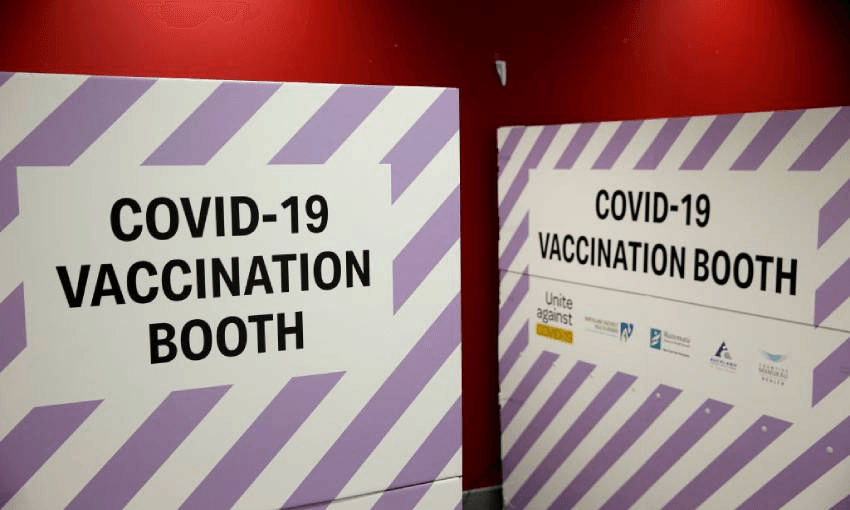 Why I’m losing patience with the Canterbury vaccine rollout

As the vaccine programme kicks into second gear, Christchurch residents are left wondering why they’re already so far behind, writes Bernard Walker of the University of Canterbury.

A crucial delivery of 150,000 doses of the Pfizer vaccine has arrived in New Zealand this week, ahead of schedule.

But at the same time, the vaccination of most people living in the Canterbury region has been moved back by at least two months.

For the rest of the country, people in group 4 of the vaccination programme will become eligible by the end of July. But those living in Christchurch – New Zealand’s second-largest city – and the Canterbury region will only get their first vaccine dose from mid-September, at the earliest. The region’s Covid-19 response officer Ralph La Salle encouraged everyone “to be patient”.

It appears one of the reasons for the delays is that the vulnerable group 3 residents in the region are already facing delays, with only 2% vaccinated. While people in group 4 across the country will largely follow the government’s scheduled timeline, the Canterbury region will be left waiting to catch up.

Such regional disparities in the vaccine programme are unacceptable as borders reopen and quarantine-free travel with three Australian states resumes this week.

Being “patient” is the polar opposite of what we need for an effective Covid-19 response. We are still in the middle of a worldwide pandemic, and our nearest neighbour Australia has millions of people enduring lockdowns resulting from border failures.

New Zealand was lucky to avoid the same scenario following a weekend visit by an Australian traveller who subsequently tested positive for the Delta variant.

Further border failures are highly probable. Compared to Australia’s border control, New Zealand’s system has been estimated to be up to three times more likely to be breached.

A failure to vaccinate raises the risk of expensive lockdowns. From a business perspective, this year’s level 3 lockdown in Auckland cost the country around $240 million per week. Leaving Christchurch unvaccinated for an extended period in this current situation represents a significant threat to the overall economy.

Vaccination is now a time-critical activity. The Delta variant is up to twice as infectious as the original strain and can cause more severe symptoms, with increased rates of hospitalisation and deaths.

The number of people suffering from “long Covid” is also rising. Studies show 37%-61% of people experience ongoing symptoms for months after infection, affecting their ability to work and study.

Leading scientists and health experts are urgently calling for an acceleration of New Zealand’s vaccine rollout, given the heightened risks from new variants and the gradual opening of travel across the country’s borders.

New Zealand residents have already been extremely patient. They have waited, knowing that two thirds of the UK adult population are now fully vaccinated, with US numbers close behind. In contrast, New Zealand sits at 9%, one of the lowest in the OECD.

A quick chart of world vaccination progress. Only a fraction of the world's 195 countries, so not fully representative. New Zealand is in the lower part, just below Russia and Ecuador. pic.twitter.com/5Mp98yAv9r

For the Canterbury District Health Board to delay vaccination even further would appear to be a breach of trust, and a significant failure in caring for its people.

The delays present risks and potentially adverse consequences, not only for the Canterbury region but for New Zealand. The combined economic, health and social costs all highlight the need for all vaccination programmes to get into action immediately, as vaccine stocks become available, and follow central government’s proposed timeline, with a July 28 start.

Vaccination is a government responsibility

There are no indications of a valid reason that would justify a delay for a region such as Canterbury. Although nationwide vaccine supplies have been limited, we are told the latest delivery should supply the intended nationwide rollout.

The benchmark for comparisons is the performance of district health boards in other regions. Many of those with a similar resource base of vaccines and staff are working to the government’s schedule or even exceeding it.

The government has overall responsibility for ensuring the vaccination programme proceeds promptly across the country. If the Canterbury District Health Board cannot meet its obligations, then the health minister needs to intervene. A pandemic is not a time for re-living any longstanding feuds between regional health boards and the central ministry of health.

If the problems stem from barriers in the management of the local response, those processes must be remedied. If there is a shortage of funding or other resources, central resources should be made available, urgently. The costs of those interventions would be small compared to the effect of outbreaks on the wider economy and the health of the population.

“Patience” is a euphemism for tolerating delays, but unwarranted regional delays are not something we should accept when confronting Covid-19.

Featuring fungi, Putin and a gorgeous new book of art.
By The Spinoff Review of Books
⚖️
27th May, 2022

These Pasifika designers are runway-ready

After a digital-only event in 2020 and two false starts since, this year’s Pacific Fusion Fashion Show is returning to where it all began.
By Reweti Kohere
Staff writer
27th May, 2022

Beneath the surface of budget headlines

The budget can feel like a short-lived newsapalooza but follow-ups from journalists this week got into the stories and impact behind the numbers.
By Anna Rawhiti-Connell
Bulletin editor
27th May, 2022

The good, the bad and the outrageous of public record-keeping in NZ

Audits of 39 public agencies reveal information management practices so poor that most fail to meet even the most basic legal requirements.
By Samson Samasoni
Guest writer
27th May, 2022

It's been a bloody hectic three decades.
By Group Think
A bunch of people
Aotearoa continues to adapt to a new reality and The Spinoff is right there, sorting fact from fiction to bring you the latest updates and biggest stories. Help us continue this coverage, and so much more, by supporting The Spinoff Members.Madeleine Chapman, EditorJoin Members

This Auckland artist plays with space in her latest exhibition, which uses steel tubing in ways you've never seen it before.
By Naomii Seah
Intern