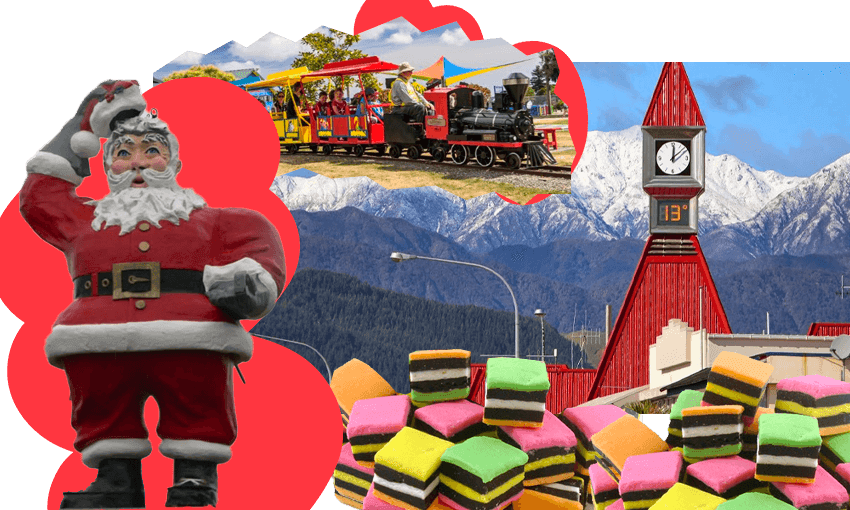 Levin, just round the corner from Foxton, the Fox Town. A mere 80 minutes from Wellington. And, in Stewart Sowman-Lund’s opinion, one of New Zealand’s best destinations.

Levin has long been a punchline easily thrown out by a comedian struggling to land a joke. Sure, it’s an easy target: it’s a flat, old, fairly shabby town that straddles the rural-urban divide poorly. But, as someone who spent long swathes of my childhood there (in a move that was incredibly damaging for my social status in Wellington), I have long been a staunch defender of Levin.

The small semi-rural town in the Horowhenua is less than an hour away from Palmerston North and its international airport. Effectively, that makes Levin the front door step to the world. The town has stunning views of the oft-snow capped Tararua range. It has its own lake, though in fairness it’s rather stagnant. It has a Warehouse, a Noel Leeming, and a Farmers – literally all the shops you could ever need. It might not have a Skytower, but it definitely has a clocktower – even if it almost always shows the wrong time (and definitely the wrong temperature).

All this is to say that, in my opinion, Levin has it all. It has character, culture, and most importantly a liquorice factory. Here I present the five reasons you need to make Levin a destination, not just a toilet stop, on your next cross country roadie.

The Arohanui Hospice Shop on the outskirts of Levin is New Zealand’s best op shop. Its prices are always reasonable, it’s jam-packed with stock – and it’s massive. Like, really big. It even sells plants, though I do not believe these are secondhand. As a Crown Lynn collector/hoarder, this op shop has brought me some of my greatest bargains.

Levin’s playground is far more than just your garden-variety playground. As its name suggests, this park leads to adventure. It’s decked out with its own train – possibly the only functioning public transport in the town – and has an incredibly dangerous hamster wheel that would put any suggestion 21st century children are “cotton-wooled” to bed. It’s almost definitely going to lead to injury, but with that injury will come hours of fun.

Everything, from the fence to the train to the playground itself, is painted in garish rainbow colours that mean all who enter the park are guaranteed to experience pure, unbridled joy. 10/10.

Even better than the adventure park itself is the adventure park’s Santa. Every Christmas, the park plays host to the second-creepiest oversized Santa in New Zealand. It haunts my nightmares and I love it. He’s somehow jolly while also being a total demon. I just wish he could wink.

I think you can judge a town based on the quality of its supermarket(s), and the Levin New World is unmatched. Lush shelves packed with everything imaginable, and at oddly reasonable prices. I once found a bottle of local sauvignon blanc (that retails in Auckland for $20) for $7. How could one resist? This New World is an absolute delight, I tell you.

Facebook reviewers are onboard, too, with many happy customers taking the time to shout out the New World for its excellence. Except for one person deeply concerned about an ongoing lack of lamingtons in the bakery. “Please stop depriving this young lass of this goodness,” they wrote.

On Google, people have asked simple questions such as “Do they sell bonbons?” and “Is Tui on special?” The answer to both: almost certainly.

The RJ’s factory is quite simply New Zealand’s Disneyland. No, it does not have roller coasters. No, you cannot tour it. Yes, it is basically just a small shop. But the happiness I get from buying cost-price raspberry and chocolate liquorice by the kilogram far surpasses anything I could feel hanging out with underpaid teens dressed like Mickey Mouse.

Levin is the best town in New Zealand. It’s not perfect, but it’s the best. It’s the town equivalent of a kilo bag of liquorice off-cuts: rough around the edges, but with a delightfully sweet centre.