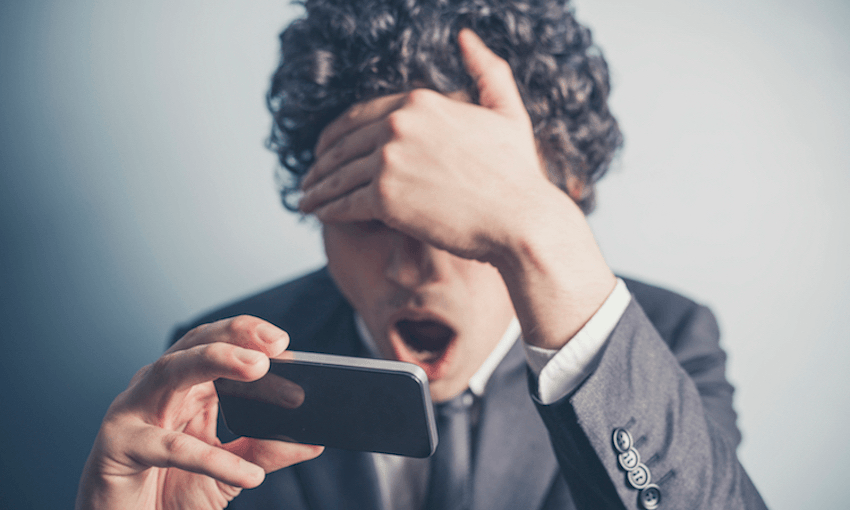 Pictured: a mobile phone customer checking his bill after falling for the Robocall scam (iStock)

The rise of the robocall: how to fight back against the scammers

Pictured: a mobile phone customer checking his bill after falling for the Robocall scam (iStock)

Have you had a scammer trying to get you with a robocall yet? Science and technology journalist Peter Griffin investigates the phenomenon.

Remember last year’s wave of tech support scams, where you received calls from a foreign sounding “technician” asking for access to your Windows computer as well as your credit card details?

They have been replaced this year by the robocall, a less intrusive scam that simply places a call to your landline or mobile, often from an exotic calling code like Cuba (+53) or Tunisia (+216). When you pick up there is usually silence at the other end.

Out of curiosity or fear of missing an important call, some of us call back the number, unwittingly connecting to a premium call number that charges an inflated rate for the short time we are on the phone listening to more silence before we hang up.

It is like the spam email epidemic of ten to 15 years ago, before mail scanning software became smart enough to filter out the vast majority of it.

The United States is the prime target for these robocalls – nearly 100 million of them are made to US phone numbers every day according to the Federal Communications Commission. Some of the calls also play recorded messages advertising bogus financial advice services or claiming recipients have outstanding debts to pay.

Only a fraction of those receiving the calls fall for the scam, dialling back, buying the dodgy services on offer or repaying the ‘debt’. But fraud from unwanted calls amounted to a staggering $US9.5 billion ($NZ13b) in the US last year. That’s why the robocalls keep coming – this is lucrative business for scammers.

Our population size makes us barely worth bothering with in comparison, but inexpensive internet telephony services allow the scammers to make the calls cheaply. They harvest numbers from phone directories and bulk dial; it’s just a numbers game.

The best protection from robo calls is your own common sense. We know not to click on PDF documents sent to us from strange email addresses because they could contain viruses. Likewise, we should be wary of calling back unknown numbers, particularly those with international dialling codes.

But as with spam, technology will ultimately end the robo calling scourge, particularly as more of us ditch the landline and go all mobile. When it comes to controlling what calls you receive, smartphones allow a level of sophistication that the humble old landline can’t match. Most phones have a built-in feature in the dialling software to let you block a number, so you’ll not be hassled by a robo caller from that number a second time.

There are hundreds of apps out there that more proactively monitor for scam numbers so you’ll know not to answer. The free Android smartphone app Should I Answer includes a database of numbers submitted by tens of thousands of users with a star rating system that flags the robocall and scam phone numbers.

But unfortunately it is the most vulnerable – the elderly or disabled who want the security and familiarity of a landline – who will continue to be preyed upon by robo callers.

The robocall problem is so bad in the US that the Federal Communications Commission last year gave phone companies the ability to block, en masse, numbers spoofing local calls. That sort of move is unlikely here as it is very difficult to manage large scale blocking of incoming numbers from overseas numbers.

But by being proactive, we can collectively make it uneconomical for the scammers to robo call us.

10 tips to beat the robo callers

1. Don’t call back overseas numbers you don’t recognise. A quick Google should quickly confirm legitimate numbers if you are worried about missing a business call.

3. Register on the Do Not Call list, run by the New Zealand Marketing Association, which will at least protect your from unwanted calls from local telemarketers.

4. If you are worried about someone in your household calling back a scammer, consider putting an international call restriction on your landline phone.

5. Report sustained robo calling activity to your phone company, noting the phone numbers and date and time of calls. They can’t block international calls, but can at least try to stop future payments to the robo calling companies.

6. If you notice a premium call charge on your phone bill as a result of a robo call, dispute it with your phone company.

7. Using the ‘block number’ feature on your smartphone to prevent nuisance calls and text messages from certain numbers.

8. Consider using an app on your smartphone like Should I Answer for additional call screening security.

9. If a robo call gives an automated message asking to enter credit card details or the call diverts to a real person, never give them your personal details or financial information. Just hang up.

10. If you are not happy with how your phone company is handling your query over an unexpected bill due to a robocall, contact the Telecommunications Disputes Resolution service.

Peter Griffin is a science and technology journalist and cohost of the Bits+Bytes podcast. This piece was originally published on Radio NZ