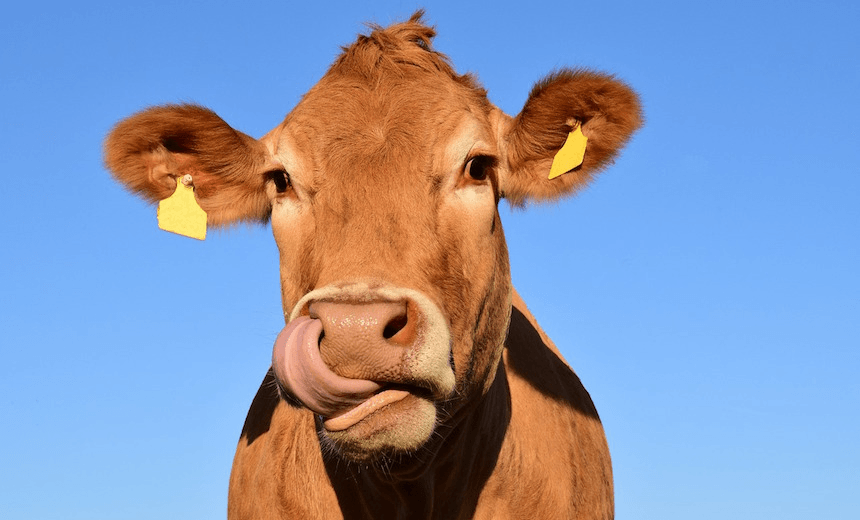 As emitter-in-chief Donald Trump pulls out of the Paris Climate Accord, the time has come for a top-down approach to reducing global greenhouse gas emissions. Jack Close explains.

Environmentalists are quick to sing out about New Zealand’s excessive greenhouse gas emissions – and rightly so. In the large part, we are a gas-guzzling, river-polluting, plastic-bag-wasting country. But the rules of international trade mean cutting back on production in our worst-emitting industry probably won’t work, or at least not yet.

Two greenhouses gases are responsible: methane and carbon dioxide. Methane is produced by the stomachs of animals like cows, sheep and deer and is unceremoniously released through ‘belching’ and ‘flatulence’. Meanwhile, carbon dioxide is emitted from fossil fuel use and the general energy demanded by a 21st century farm.

Greenhouse gases are bad because they increase global surface temperatures. And those higher temperatures are having an effect, from one end of New Zealand to the other. In South Dunedin, there have been higher tides and flooding events. In Auckland, arterial roads increasingly susceptible to rising sea levels include Tamaki Drive, the Northwestern Motorway and the Northern Motorway just north of the Harbour Bridge [PDF]. The water temperature of the Western Tasman Sea has increased four times the global average. This has all happened in and around our country. Already.

But New Zealand’s greenhouse gas emissions only make up 0.2 percent of the global total. The United States contributes nearly 15 percent, and China makes up nearly 30. We’re only a drop in the bucket, why should it matter if we pump out agricultural products until the cows come home?

We’re pretty good at agriculture too. We produce some of the lowest emissions per kilogram of edible protein in the world. And we keep getting better at it – in the last two decades, we’ve reduced the amount of emissions per unit of lamb, milk solids and beef by up to 20 percent.

If anyone should be producing dairy, lamb, and beef, it should be us, right?

The NZ Agricultural Greenhouse Gas Research Centre uses the term ‘leakage’ to describe what would happen if we cut back on agriculture. If we reduce the amount of milk solids we export, for example, people across the world will still want milk.

Instead, another country will seize the opportunity to fill the hole in the market, and feed the alley cat that is global greenhouse gas emissions.

Not only will New Zealand be missing out on the revenue from those exports, but the countries that attempt to capitalise on New Zealand’s newfound environmental stewardship may not have anywhere near the emission productivity that we do. Parts of Africa and South East Asia produce seven times more methane per kilogram of edible protein than us.

In theory, we’d be leaving the world in a worse environmental state than it was beforehand, and we’d be out of pocket.

Unless the whole world goes vegan, the demand for animal protein will only increase as exponential population growth continues, with the United Nations expecting an extra 2.4 billion mouths to feed by 2050.

No country wants to lose out if they over-commit to reducing climate change. There’s a very good reason the government conveniently left off agricultural emissions from the Emission Trading Scheme – it is afraid of ‘leakage’, and so too is every other country that trades goods and services that produce emissions, including the United States.

In the absence of binding climate agreements, international actors have little incentive to reduce their own emissions. The Paris Climate Accord allows countries to determine their own emission targets, and there is no obligation, mechanism or authority to enforce any target commitment made under the agreement.

That’s why climate change requires a global, concerted effort. Upon Trump’s half-baked departure from the Paris Climate Accord, New Zealand is presented with an opportunity to challenge the weak existing approach to climate change – as it has with its thought leadership on suffrage, welfare and non-proliferation.

New Zealand has recently demonstrated this attitude in its sponsorship of a Security Council resolution condemning Israeli settlements in occupied Palestinian territories. The resolution ruffled some feathers, but by standing up for fairness, New Zealand proved that its voice is commanding, decisive and relevant on the global stage.

It can be just as commanding on climate change. While the case for cutting agricultural emissions domestically seems somewhat futile in the context of international trade and global emissions, the case for advocating a harder, binding international climate agreement is far more compelling.