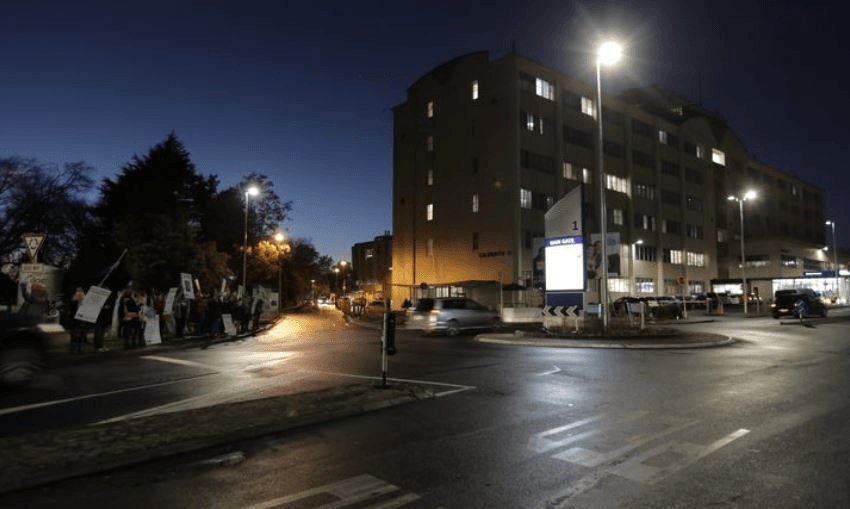 Nurses’ strike begins: all you need to know

A 24-hour strike is under way after last-ditch talks failed yesterday. What it’s all about and what does it mean for patients?

Up to 29,500 nurses, midwives and healthcare assistants working for district health boards have begun a 24-hour strike after the New Zealand Nurses Organisation (NZNO) rejected the latest pay offer from their DHB employers.

Those striking are estimated to comprise 60 to 70 percent of the DHBs’ hospital workforce. Canterbury DHB estimates around 90% of its nursing workforce is eligible to strike.

In total, the NZNO has 50,00 members, 29,500 of whom are covered by the multi-employer collective agreement (MECA) governing DHB-employed hospital nurses and midwives.

When is it on?

From 7am this morning until 7am tomorrow morning.

Why are they striking?

Nurses have rejected four pay offers from DHBs in just over a year.

The latest offer boosted the minimum pay increase nurses would receive from 9% to 12.5%, but delays the time taken for the pay rises to take effect.

DHBs and the government have maintained there was no more money available for nurses’ pay negotiations.

The Nurses Organisation is recommending the improved offer which includes pay increases of 12.5% to 15.9%, to be rolled out over 25 months.

Strike action was also scheduled for early July but was called off because the DHB offer was improved and NZNO recommended their members accept it.

“Issues faced and reported by our members have arisen from a decade of severe underfunding of our public hospitals which have failed to keep pace with growing community need, the ageing population and workforce, and increased costs,” said NZNO Industrial Services Manager Cee Payne.

Lack of trust in DHBs is a big issue for nurses.

The NZNO needed a simple majority to reject the latest pay offer to proceed with the strike.

While the organisation never release voting statistics, it says this week’s vote was closer than last time.

Nurses have not gone on strike for 30 years.

What was the offer the nurses rejected?

Members of the Nurses Organisation rejected the fourth offer by DHBs on Monday.

The offer redistributed available funding, lifting the minimum increase from 9% to 12.5% but over a longer period, over 25 months, or until August 2020.

DHBs also said they would begin recruiting immediately an extra 500 or so full-time staff.

The offer also provided a date – 31 December 2019 – for the implementation of pay equity, in a package estimated to be worth $520 million.

Are all nurses happy with the decision to strike?

The union has come under fire on social media with intense debate and criticism of it by some nurses for failing, in their view, to advocate strongly enough for nurses against their employers over years.

Who will provide cover?

Nurses who are union members and others are “Nurse Responders” who have agreed to provide vital life preserving services for the strike. This is a legal requirement during a strike.

Cover for any nurses who are providing life preserving services but become sick and can’t work during the strike will be provided under separate emergency procedures.

The NZNO wants to assure the public that patient and public safety is paramount at all times.

How many operations have been deferred?

To reduce demand within public hospitals DHBs have been deferring elective, or non-urgent surgical procedures. All outpatient appointments – hundreds for every hospital – have also been cancelled for Thursday, to free up staff for other things on the day of the strike.

The DHBs’ lead contingency planner Anne Aitcheson said Wednesday between 3500 and 3700 elective procedures nationwide will probably be deferred, to be rescheduled later. The chief medical officer at Capital and Coast DHB, John Tait, said on Tuesday 6000 to 8000 elective appointments nationwide will need to be deferred on Thursday.

What happens in a major emergency like an earthquake?

Emergency plans agreed by the nurses’ union and DHB contingency planners would cover this possibility.

What should anyone needing care do?

People who had an outpatient appointment for today should have been contacted by now. Phone your general practice team/family doctor for advice if needed, or if it’s an emergency dial 111.

DHBs have also told the public to access emergency and urgent care as normal – going straight to the hospital emergency department if required. And they’ve urged those in need of such help not to stay away from hospital at the expense of their health.

At this stage there are no further strikes notified and no more talks planned between the parties. During a strike longer-term considerations take a backseat to managing hospitals during the strike

Nurses have said they remain available.

This story originally appeared at RNZ and is republished with permission