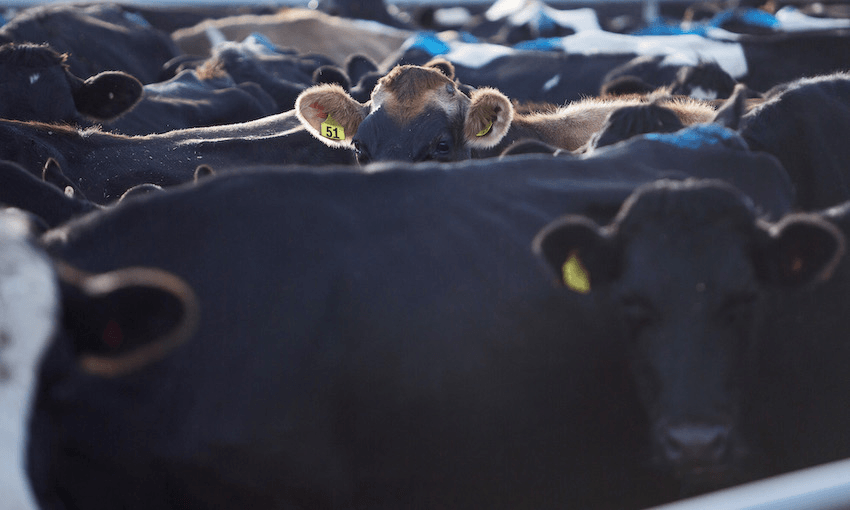 To truly tackle climate change, NZ must ditch its reliance on intensive dairy

As a nation, we can’t meaningfully reduce our emissions and level of pollution without addressing how we farm and what we eat. Crucial to this is addressing our unhealthy reliance on intensive dairy. With plant-based food seeing huge growth globally, now more than ever we need to transition our economy towards a regenerative, plant-based one.

This was a point of view that we at Otis recently shared with the Climate Change Commission (CCC), in response to its draft advice to the government on reducing emissions in Aotearoa.

As an oat milk and plant-based startup here in Aotearoa, I’m sure our view isn’t surprising. However, what we found surprising was the lack of focus the report gave to addressing what we see as a crucial imbalance.

So why should we transition away from intensive dairy and what’s the big deal? Intensive dairy farming in many ways is the industry’s dirty little secret – it’s a method of farming that goes beyond the land’s natural capital and resources all in the name of “big business”. It’s typified by high cattle-to-land ratios and high synthetic fertiliser and water use.

The effects, as you can imagine, are pretty damaging. It’s depleting our nation’s soil, significantly contributing to our emissions and polluting our waterways.

Now 76% of our native freshwater fish (39 of 51 species) are either threatened or at risk of extinction. Since 1994, dairy cattle numbers have increased by 70% nationally, and today dairy is responsible for the largest number of emissions in the agriculture sector – which is saying a lot when you consider agriculture contributes almost 90% towards our nation’s biogenic methane emissions.

In its report, the CCC recommended we reduce our herd numbers by 15% and look to invest in technology to reduce emissions from cattle. While steps in the right direction, mitigating the problem doesn’t go far enough. If we are to make meaningful, impactful change, we need to de-intensify, diversify and commit wholeheartedly to alternative ways.

Regenerative, plant-based agriculture provides us with that answer. Not only is it better environmentally and socially, but it makes economic sense too. We don’t need to invest in technology to reduce emissions from plants.

Unlike intensive dairy, regenerative plant-based farming works with and for nature rather than against it. Planting more crops such as oats can actually help remove excess nitrates from our soil and reduce the pollution in our waterways. By rotating these crops alongside livestock, using less water and synthetic fertiliser, we can replenish the soil and help stop soil erosion.

We currently lose 192 million tonnes of soil every year, 44% of which comes from pastoral land. If we don’t go down an alternative path, will we also invest in technology to reduce soil erosion? Or perhaps we just reduce the amount of pastoral land?

The shift to regenerative, plant-based farming also benefits our farmers, helping to connect them to one of the fastest-growing global consumer groups. A recent study by Euromonitor reported that 42% of consumers globally are now actively avoiding meat in favour of plant-based foods, a behaviour even more pronounced with younger generations. UBS Investment Bank predicts the global plant-based market will have a Compound Annual Growth Rate of over 30% and reach NZD$70 billion by 2025.

It’s important to point out that I’m not suggesting that all dairy farming is bad and all plant-based farming is good. I’m also not suggesting we need to only farm crops. In fact, mixed farming where both animals and crops are on the land is ideal and as it so happens, something our nation used to be quite good at.

But for that to be a reality, we need to stop intensive dairy farming and tip the balance by supporting and investing in plant-based agriculture and products. With the tide turning in the favour of plant-based, we must change with it, to save our environment, rural communities and economy.

If we are going to commit to this change, our government needs to proactively support and incentivise farmers to transition. Nothing changes if no one changes.

As Greenpeace notes, for years the New Zealand government poured millions into the uptake of intensive dairy, giving subsidies to farmers to increase their stocking rates and synthetic fertiliser use. There was also hundreds of millions spent building a synthetic nitrogen fertiliser factory and financing think-big irrigation schemes.

Moving forward, money should be spent on helping farmers with the capital costs and skills associated with transitioning away from intensive practices and into regenerative ones. The government also needs to support the growth of plant-based and high-value products by partnering with the private sector to rapidly increase the infrastructure needed. As New Zealand’s first homegrown oat milk, we can attest to the countless walls and T-junctions we’ve faced by not having the necessary infrastructure and funding.

Because we’re determined to support New Zealand and its farmers now and into the future, our oats come from here, but there has been no viable onshore manufacturing options for producing our oat milk at large scale. This has meant that until we solve the New Zealand manufacturing dilemma, we are forced to ship our oats to Sweden for manufacture and offset the emissions we incur by 120%.

Ensuring our nation is equipped and ready to meet the opportunities of the modern world shouldn’t rest solely on the shoulders of our farmers and small businesses. We have plant-based industries ready to jump into action. With the right support, this could happen quickly and on a large scale.

But government support alone is not enough. The support must also come from us: the consumer. As food writer Michael Pollen puts it, “Every time we sit down to eat we are making a series of votes for a certain kind of world. We get to do it three times a day. That’s the great power the consumer has.” As we face a climate emergency, it seems those words have more importance than ever.

In this bonus episode of When the Facts Change, The Spinoff’s business editor Michael Andrew talks with 2021 Kiwibank Local Hero of the Year Shannon Te Huia, founder of  Pūniu River Care. Subscribe and listen on Apple Podcasts, Spotify or your favourite podcast provider.