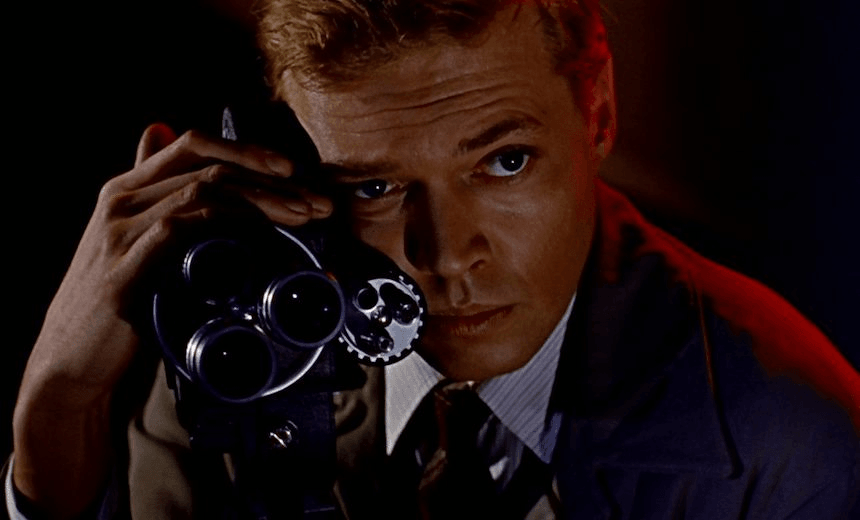 I think I may have been filmed having sex. What do I do now?

Advice columnist Ms X helps a reader who suspects she’s been the unwitting subject of a secret sex tape.

I had something happen that was creepy but I don’t know if I should be worried. I am too embarrassed to tell my friends though so thought you might help.

I met someone and after a few chats online we went to his place. Just as we were going into his room to have sex he said “You know, I could have cameras on in here filming.”

I laughed and carried on but after I felt gross. I haven’t answered any of his messages. The sex was pretty average too.

Should I be worried about him having done anything?

Yes, that is completely creepy.

The only way that isn’t creepy is if you had previously discussed having some kind of voyeur fantasy where you wanted to be filmed and sounds like you didn’t.

It’s totally normal to be concerned and wonder if he was actually filming you, or just being monumentally stupid in his pre-sex banter. I’d be feeling a bit pukey after that as well so let’s talk about what your options are.

I contacted Netsafe and outlined the situation. Naturally I said I was asking for a friend (so don’t worry – Netsafe will definitely assume I was asking for myself) who is worried she had been recorded having sex but isn’t 100% sure. Here is their response:

“If a recording in video has been taken of your friend without consent we would suggest your friend go to the police especially due to the nature of the content.

“We cannot tell you what the police are able to do on this matter but they are more able to handle this situation.

“If this video gets posted online please again let the police know and also get in contact with us again as we are able to help if this were to happen.”

So caller, you need to have a think about what you want to do next. Do you want to contact this guy and establish if he was actually filming you? Or do you want to ignore/forget the whole thing?

When I thought this situation through and did a bit of research, I kept coming back to the idea that you could just send him a very straightforward message that says:

Hey, I haven’t answered your messages because something you said when we had sex left me feeling uncomfortable.

You made what I hope was a bad joke about having cameras in your bedroom filming us. I decided to ignore it at the time but afterwards I got worried that maybe you did.

I am sure you know that recording someone you have sex with without their knowledge or consent is a crime.

It would be good to hear from you that this was just a stupid thing you said so I don’t have to worry about it anymore. I know we can all say silly things when we are nervous.

Caller, being straight up with a message like this might serve several purposes. You fire a warning shot that this is a crime in NZ, just in case he isn’t aware. And if he did actually record something, a message like this would maybe give him such a decent dose of the shits that he’d delete it.

Or he could say “omg no! I was joking” and you can stop worrying and he will know that is why you never called back.

But if he comes back and says “Yeah, I have a recording of you and what are you going to do?” then you just call 0508 NETSAFE and the police immediately.

Don’t fuck around negotiating or bargaining with him but do keep records of all his messages so you can provide those to authorities if it gets serious.

Of course you have the choice to ignore and try and forget the whole thing but I reckon you must be feeling quite uncomfortable because you took the time to send me an email.

Overall, I would like you to remember you are an adult who chose to have consensual sex with another adult and you shouldn’t be made to feel ashamed or worried about that. You have nothing to be embarrassed about but I do understand why you have been worried.

What you choose to do from here depends on how anxious this is making you. Personally I would err on the side of sending a message like the one I suggested, which will give you an idea of where you are. The Netsafe people are very helpful too, so you have some resources if there is a situation to handle.

If it does turn out that you need to contact the police you should consider taking a support person. It’s helpful having a cool, calm person to discuss what happened after; and when we are in stressful situations we don’t always remember the important stuff.

Oh, and I cannot stress this enough – don’t just drop by the public counter of the local cop shop. You really don’t want to be standing there saying what you need to say beside a bunch of people with smashed car windscreens or stolen TVs.

Call ahead and explain what happened and ask how you can make an appointment to discuss the issue in a private meeting room.

Caller, I normally like to avoid the word “hopefully” in an advice column because it feels a bit useless in a “thoughts and prayers” kind of way. But hopefully it was just some stupid random thing he said because he was nervous and the blood flow to his brain had been diverted to other places.

Keep in touch if you need to.

Ms X is not currently taking questions but you can read her entire archive of advice columns here.