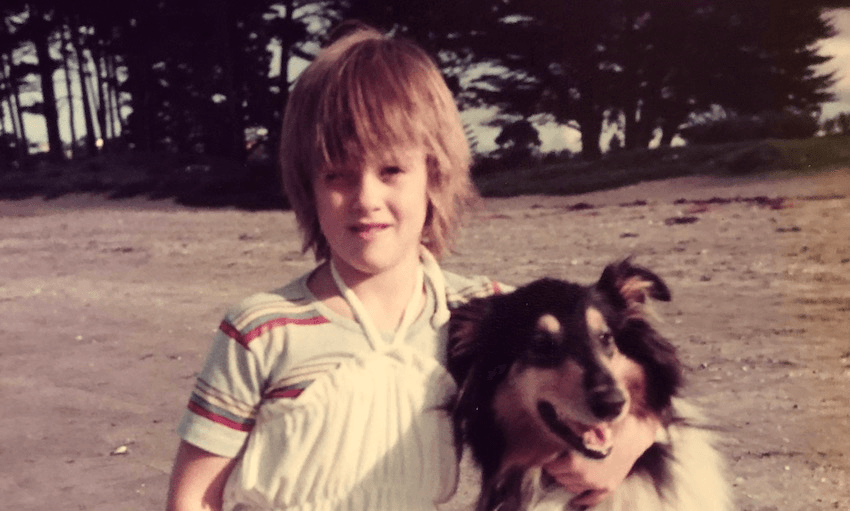 We, the children of Centrepoint, are breaking through the silence

As Centrepoint once again becomes a focus of media attention, Dr Caroline Ansley, a survivor of the North Shore commune, asks why the work of grappling with its legacy continues to fall on those who suffered.

The most recent cover article of North & South left a greasy, nauseated feeling in my stomach. The article, headlined ‘Inside the Mind of a Centrepoint Abuser’ features an in-depth 2014 interview with a prominent adult of the Centrepoint Community. He was jailed for sexual offences with children, and continues to exert significant influence over former members of the community to this day.

Reading his words took me back to my own childhood experiences of abuse at the hands of a different Centrepoint adult. Throughout the interview, he seemed to reduce each of his offences to something smaller, which left me feeling a little bit smaller. “I pled guilty to both my charges. And that was the end of it,” he said. “I feel unhappy that she’s out there thinking that I’m some kind of monster. That seems really weird to me.”

The casual reference to many more undocumented and unlitigated offences with nameless, forgotten children and teens, made me think of my own discarded innocence. “There was a whole lot that I didn’t get charged for, so I kind of figured I broke the law, and I deserved the consequences.”

Then, there’s the ease with which he seems to have moved on since destroying young lives. “I find that pretty surprising that I would be such an important part of her life, when I can barely remember. When we were charged, it was quite difficult feeling guilty for something that I didn’t remember doing.” The failure to offer any heart-felt remorse, or even a hint of understanding or insight into the effect of his actions – unspeakable trauma, which I know personally – caused me to catch my breath.

It was unnerving, but it was not surprising.

The documentary Heaven & Hell: The Centrepoint Story, which aired on TVNZ last month, ended with the statement that 60 adults from the community had been approached to be interviewed, but only four had participated on camera. I’m informed by production that only a handful more would engage in any form of conversation. Considering that there were hundreds of adults who lived at Centrepoint, many of whom enabled an environment of abuse, it speaks volumes that so many have chosen to stay silent.

Is this silence meaningful?

An open letter to the former Centrepoint community has been live on the website I manage for the last four weeks. It invites the adults of the community to grapple with the awful truths of the harm that happened to many of the children who lived at or visited Centrepoint. It asks for restitution. It asks the adults to put their needs and interests aside, and work to repair this history. There has been silence here too – fewer than 10 adults who lived at the community have stepped forward to offer their support.

How are we to interpret the silence? Does it mean the adults of Centrepoint are thinking and processing, and that a heart-change is slowly occurring? That they simply need more time to become fully awake to their role in what happened to the children of their community? Could they be appalled, as I am, by the thinking of the prominent Centrepoint member in the North & South article, and are now squirming with embarrassment to be associated with him?

Or is the silence a marker of a lack of capacity to step up and be accountable, because they do not have the maturity needed to repair the brokenness? Does the silence represent a wariness to trust, because years of over-exposure and shaming by the media has left a vulnerable group of people terrified of what might happen if they stick their necks out? Are they wrestling right now to find a safe way to engage, but haven’t yet taken the first step? Do they remain under the influence of powerful former members of the community, and lack the courage to break their silence? Or does it mean that they don’t consider that this is their problem to solve?

Perhaps I am not generous enough and I just need to wait a few more months before the evidence of change will rise to the surface. But I have waited over 30 years already, and I am getting impatient.

Since the documentary aired, the stories of the harm experienced by children of the community have been flooding in. Underneath the nirvana of sexual progressiveness, experimentation and freedom that some of the adults fondly recall, there were boys and girls being subjected to unspeakable horrors. Now, the children of the community are throwing off the cloak of shame they have been living under for most of their adult lives. They are starting to break through the silence.

I often wake up in the morning to news on the radio of injustices being brought to the attention of the nation, and dignified requests for accountability from the wronged parties. In the last month we have heard updates from the Royal Commission of Inquiry into abuse of children in institutional care. We have also heard about the request for an apology from the government for the dawn raids of Pasifika households in the 1970s.

I wish we had a place we could take our injustice to, be it the government, the police or even a dead guru. But we don’t have that. Instead we have a nebulous, disparate group made up of our weak and emotionally immature parents and their old friends, hiding out in towns all over New Zealand (that is, if they didn’t flee the country altogether to escape prosecution or shame). They have been able to get on with their lives, while we are left to tidy up the mess. They have chosen silence.

The adults of Centrepoint Community who allowed and even condoned the horrors, are our parents, our aunts and uncles, or our family friends. We have to make sense of what they allowed to happen. We have to try to find a way to integrate it into our lives so it doesn’t destroy us and our children. And we have to navigate an ongoing relationship with them.

I have learned that it is simply not possible to just expel them from our lives because whether they are with us, estranged from us or dead, they stay in our hearts for our whole lives. As time goes on, the gulf between what they left us with and what we deserve just gets wider and wider. We can attempt to attend to our own healing, but ultimately, restitution and reparation are what is needed to heal our relationships with these people.

And this daunting mahi cannot be done in silence.

Dr Caroline Ansley shared her personal experiences of living at Centrepoint as a child in Heaven & Hell: The Centrepoint Story. She has been running the Centrepoint Restoration Project since 2016, supporting healing, connection and truth-telling for the child generation of Centrepoint.