The gymnastics governing body has admitted the sport has been physically and psychologically abusive, and apologised for past harms. But saying sorry isn’t enough, writes former international gymnast Georgia Cervin.

A series of media investigations had earlier painted a picture of widespread harm, including over-training and fat-shaming, predominantly affecting girls. The allegations echoed similar situations around the world.

The eventual report was released last week and Gymnastics New Zealand apologised for the past abuses. However, the report does not contain specific findings, perhaps a result of its broad terms of reference.

Instead, it identifies the main areas where change might happen, including the health, safety and well-being of gymnasts, coaching standards, finances, complaints procedures and organisational structure.

The report recommends change in each of these areas, plus the establishment of a body to monitor implementation of those reforms. 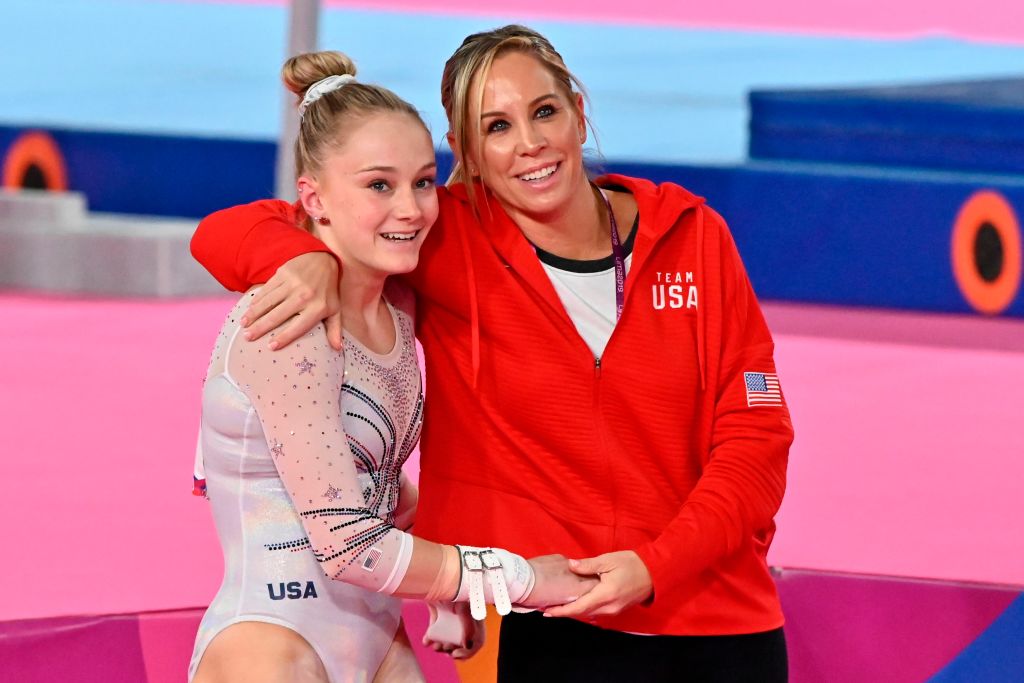 Riley McCusker is hugged by her coach Maggie Haney at the Pan-American Games in Lima on July 30, 2019. The following year Haney was suspended for eight years by USA Gymnastics for verbally and emotionally abusing gymnasts (Photo: LUIS ROBAYO/AFP via Getty Images)

A lack of child and athlete voices

Gymnasts and academics have already floated many of the report’s ideas which would make a positive change in the sport.

On the other hand, academic research contradicts some of the claims within the report. For example, the idea that Eastern bloc coaches “introduced” abusive methods to the sport is inaccurate. There is evidence of abuse in gymnastics in both Eastern and Western countries since the 1970s.

Fostering a belief that outsiders are responsible for such abuse feeds anti-immigrant stereotypes and deflects the focus from local culpability.

The report also fails to take account of gender. It is mentioned only once, even though the majority of allegations came from females. Moreover, research has shown the sport’s expectations of femininity are a big part of the power imbalances that lead to abuse.

And while the report calls for promoting athlete voices and child-safe policies, the lack of child and athlete voices in the text is striking – particularly as around 90% of gymnasts are under 12.

Only 70 athletes participated in the review, out of a population of 35,000 gymnasts registered with Gymnastics New Zealand (not including former members).

A history of abuse

This is not the first time gymnastics has been at a crossroads. There were scares in 1995 with Joan Ryan’s book Little Girls in Pretty Boxes about abuse in gymnastics and figure skating, an inquiry into Australian gymnastics abuse that same year, and more allegations around the world throughout the 2000s.

The difference now is that we have the social science evidence and human rights frameworks upon which to base our response.

The report, then, must be considered as only one input into a wider programme of change – beginning with an acknowledgement that the problems within gymnastics are highly gendered. That is, they disproportionately affect girls and women, and are related to the narrowly defined femininity that gymnastics demands.

A recent investigation in Switzerland found one in two gymnasts had been subjected to treatment that fits accepted definitions of torture. Given that about 90% of gymnasts are under 12 and 79% are female, this amounts to gendered child abuse.

The power differential between coaches and other officials (positioned as adults and experts), and gymnasts (inexpert and children) has allowed abuse to be normalised.

This subordination of female athlete voices doesn’t just happen in the gym. It’s echoed in the reviews taking place around the world. We’re assured sports authorities will listen to the reviewers, so why didn’t they listen when gymnasts first raised concerns?

A United Nations Report from June 2020 identified gender discrimination in sport as a human rights concern:

[Countries should] consider taking collective action on behalf of athletes, including with the involvement of sporting bodies, to address the gaps in accountability arising from the practices and policies of sporting bodies.

As a member of the international human rights community, as well as a party to the recent Commonwealth consensus statement on human rights in sport, New Zealand has an obligation to take action. This could begin with gymnastics.

Athletes are the experts

While new policies, education and monitoring will all need to be developed, amplifying athletes’ voices is the first step.

One guide might be the disability sector’s mantra of “nothing about us without us”. Athlete voices have been absent from decision-making for too long. Welfare concerns now plaguing many sports are a symptom of this.

It’s time to recognise athletes as the experts they are. They know their sport better than anyone. Most are amateurs who also need a paying job and have experience in other fields that can contribute to athlete welfare.

National sports organisations need to embed athletes in governance — not just as another party to consult, another toothless committee, but as a mandatory requirement for boards.

Athlete welfare and empowerment strategies need to be designed by or with the athletes themselves or their representatives. People with expertise in human rights, abuse, child protection and gender equity have valuable knowledge to share with the sports community.

Finding a way to fix gymnastics is a real opportunity to create something that will transform all women’s sports in New Zealand. But first we must start listening to the athletes themselves.

New Zealander Georgia Cervin is a honorary research fellow at the University of Western Australia. She is a former international gymnast whose research focuses on the culture and history of women’s gymnastics

The Bulletin: Shock and anger at public sector pay freeze