Good morning and welcome to The Bulletin. In today’s edition: International panel finds pandemic could have been prevented, big pre-budget boost for ECE teachers, and nurses may vote to strike.

A high-powered international panel has castigated governments and supra-national organisations for allowing Covid-19 to become the pandemic it is today. The panel, co-chaired by former PM Helen Clark and former Liberian president Ellen Johnson Sirleaf, has been at work for the last eight months, and found significant failures in the early stages of Covid-19. You can read their full report here, after it was released overnight. In particular, the report highlighted the length of time it took from cases of an unknown pneumonia appearing until the World Health Organisation declared a “Public Health Emergency of International Concern” (this Bulletin from late January 2020 conveys a sense of that time, much of the science has changed since then) along with a description of February 2020 as a “lost month” for preventing a pandemic.

What’s more, there are warnings that the same would happen again in a new virus outbreak. “The Panel finds that the system as it stands now is clearly unfit to prevent another novel and highly infectious pathogen, which could emerge at any time, from developing into a pandemic,” said a release accompanying the report.

Vaccines play a major role in the panel’s recommendations for bringing the pandemic to an end. One point in particular addresses a very relevant current topic of debate – who gets to control the science behind the vaccine. To quote:

“Major vaccine-producing countries and manufacturers should convene, under the joint auspices of the WHO and the World Trade Organization (WTO) to agree to voluntary licensing and technology transfer. If actions on this don’t occur within three months, a waiver of intellectual property rights under the Agreement on Trade-Related Aspects of Intellectual Property Rights should come into force immediately.”

Individual countries have also been encouraged to invest heavily in making sure Covid-19 is knocked off, and future pandemics prevented. In perhaps an overly optimistic quote, Helen Clark said “the tools are available to put an end to the severe illnesses, deaths, and socio-economic damage caused by COVID-19. Leaders have no choice but to act and stop this happening again.” She’s right, but as her panel’s report shows, leaders can and in many cases have chosen not to act.

Another big pre-budget announcement, this time for Early Childhood Education: One News reports $170 million will be put towards pay parity for ECE teachers, which in some cases could result in individuals getting a 17% pay bump. The sector is one of many under stress due to workforce shortages, and education minister Chris Hipkins said bringing ECE teachers up to pay parity with kindergarten teachers would help keep them in the workforce.

It may be announced today that nurses have voted to go on strike, depending on how a union ballot goes. Radio NZ’s Jordan Bond reported yesterday that the government’s climbdown on the pay freeze might have come too late for many voting nurses. Negotiations between DHBs and the NZ Nurses Organisation had already stalled, and the ballot on whether to strike was called before this all blew up. Along with everyone else in the health workforce, nurses are also reporting high rates of stress and burnout, particularly after the challenges of 2020.

The government will review an $8 million plan to retrieve what is believed to be a key piece of evidence by a group of Pike River families, reports Stuff. The plan was first reported by Newshub, and came from mining experts who argued that it was both feasible and safe. The government’s current position is that exploration into the mine won’t go any deeper than what has currently been achieved, though the police have stated that their criminal investigation is ongoing.

How’s it all going at the Wellington City Council? Not well at all, reports Damian George and Tom Hunt for the Dom Post. A couple are apparently making noises about leaving before the end of their terms, several more are unsure about standing again, and the various levels of dysfunction don’t seem to have got any better.

A fascinating story about growth pressures in a town that many pass through, but few stay in. LDR reporter Chloe Ranford has covered one of the effects of a decision to build a massive new ferry terminal in Picton, which will require about 200 workers. They’ll all have to stay somewhere, at a time when accommodation is already tight. One approach that might be used is a temporary worker village, similar to how people rebuilding the Kaikōura highway were housed.

Some strong pieces about international events published recently on The Spinoff: The first one concerns the current state of Covid in Fiji, with restrictions on the flow of information about the outbreak, and a fear that the economy is going to collapse. The story comes from an anonymous resident of Suva, who spoke to Justin Latif. And the second piece is Bernard Hickey looking at the big spending in Australia’s budget, contrasting it with the relative parsimoniousness of New Zealand’s government. 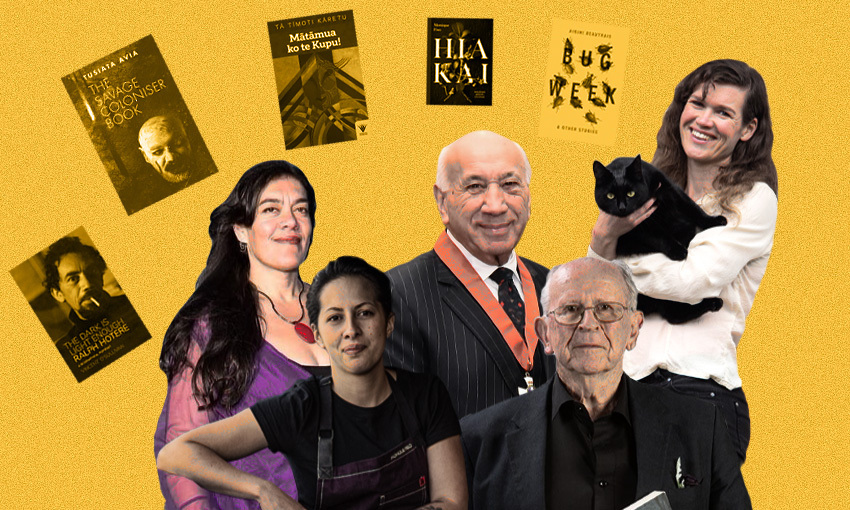 Right now on The Spinoff: We’ve republished this remarkable Madeleine Chapman article about a single pen used to highlight police racism, in honour of a new episode of The Single Object about the incident. An anon guest writer explains how for them, recent changes to the welfare system have actually made life more difficult. Bernadette Casey writes about a new initiative to slash emissions and waste from the textiles industry. The latest episode of Conversations that Count looks at inclusive language. Perlina Lau and Ally Xue talk about Asian representation on telly, and their new show Creamerie, in the latest episode of First. In our Comic of the Month, Ant Sang takes us back to a robbery at a Remuera grocery store in 1943, which has become part of family history. And our books editorial team respond to all the results and winners of the Ockham Book awards, held last night.

For a feature today, a piece about covering the internet as a topic of journalistic study, and how aggravating that can be. From the Galaxy Brain substack (which is fast becoming a favourite) the piece looks at absurdism within internet culture, and how it forces those in sober and totemic institutions to reckon with the absurdism within their own systems. Having long had a foot in both the extremely online world and what might be called the real world, a lot of this piece resonated with me. Here’s an excerpt:

As somebody who has written about the internet professionally for over a decade, I feel that bolded sentence in the marrow of my bones. I felt something similar the first time I wrote a serious news story that had occasion to site a Reddit user with a name like AnimeDiaperBaby69. I felt it when I had to explain the Pepe meme for the first time on an NPR appearance and when I was alerted to the honor that I was the first person to use the word ‘memesmith’ in the pages of the New York Times.

It’s a peculiar feeling — you want to apologize a little but also, you’re really hoping people will not dismiss you outright. You regret to inform your readers that you’ve wrestled the pig and you’re covered in shit and you’ve done it so many times that you’re starting to wonder if maybe you’re just a professional pig wrestler now (but hey, somebody has to catch the pigs, right?).

In sport, an interesting new podcast that dives into the nuances of modern netball. The Inside Netball podcast is put out by Sky Sports commentators and former Silver Ferns, and the first episode gets straight amongst one of the big debates in netball right now – how to manage increasing levels of physicality. That gets discussed in the context of umpiring and whether it needs to be tightened up, and when the stuff that is just part of the game crosses the line into recklessness. All in all, a good listen to get some insight into the underlying tactical side of the sport.