The death of a 53-year-old Fijian man last week in Lautoka was the country’s first coronavirus fatality since the virus re-emerged in April. Fiji’s second Covid wave broke out after two Fijian nationals returned from India and came into contact with a soldier at a managed quarantine facility. There are now 48 active cases in isolation facilities, of which 35 were locally transmitted cases, with Fijian health experts concerned the outbreak may spiral out of control.

Here’s Suva resident Vijay’s* account, as told to Justin Latif, of life in Fiji at the moment.

I haven’t worked for a whole year.

I was working as a travel agent, mainly helping businesses with arranging their trips, and just when we thought things might be opening up again, Covid came back.

So I’ve been living off savings since March last year and now I’ve run out of savings, my son is helping to support me.

But this government is very smart. What they’ve done is ask people to withdraw from their pension funds, which were restricted to us before. That’s the Fiji National Provident Fund [a little similar to Kiwisaver], and we’ve been asked to use money from there before they give you anything else. I know a lot of people have used all their savings. But once you’ve used that up, the government will give people a little bit, like $200 a week.

When Covid first broke out last year, the border was closed so if you are a citizen you would have been able to come home, or if your family member is a citizen, you needed the approval of the prime minister’s office. But a lot of Fijians stayed wherever they were, and then slowly they’ve started coming back. There’s been repatriation flights going on and because Fiji Airways has been flying cargo to and from most places, they’ve been able to accommodate people who wanted to come back on those flights.

To be honest, we haven’t been thinking about Covid for almost a year. We were just going around doing normal things with no problems.

And then this one case has multiplied like hell. So how did it spread?

We only get limited information from the Ministry of Health. While sometimes it’s hard not to think something isn’t adding up, what can we do other than accept what they are telling us?

Basically what they’ve told us is that a military officer caught it from these guys that came from India and then it spread to another, but they didn’t know for quite a long time, which meant they didn’t start testing people until it had spread.

They’ve now closed the hospital in Lautoka [the largest city on the main island’s west coast, population 71,103], which is the main one, because the doctors and nurses were catching it there.

They are calling Suva [the capital, on Viti Levu’s east coast, population 93,870] a containment zone, which means there are cases here, but other than the one at a health centre, I haven’t heard of many cases in Suva.

And while we don’t have a lockdown, we do have restricted movement, which means if I were to go into Suva’s CBD now, I’d drive around and only see closed shops and maybe see a pharmacy or a supermarket open. And let me be specific, if the army or police stop you and you don’t have a good reason, they’ll make you go home — so it does seem a little like a coup [Fiji has had four coups d’état in the last 40 years].

But we’re also thinking: “If I go to somebody’s house, I don’t want to catch the disease.” I myself have purposely avoided my extended family during this time as there’s this feeling that we might spread the disease amongst each other if we’re not careful. So everyone is affected.

The majority of the cases are from travellers coming into Fiji. But one thing I can’t understand is that we’ve been told people have to be declared Covid-free by a doctor before they get on a plane for Fiji, but when they arrive, they are testing positive for Covid. I can’t understand what’s going wrong. 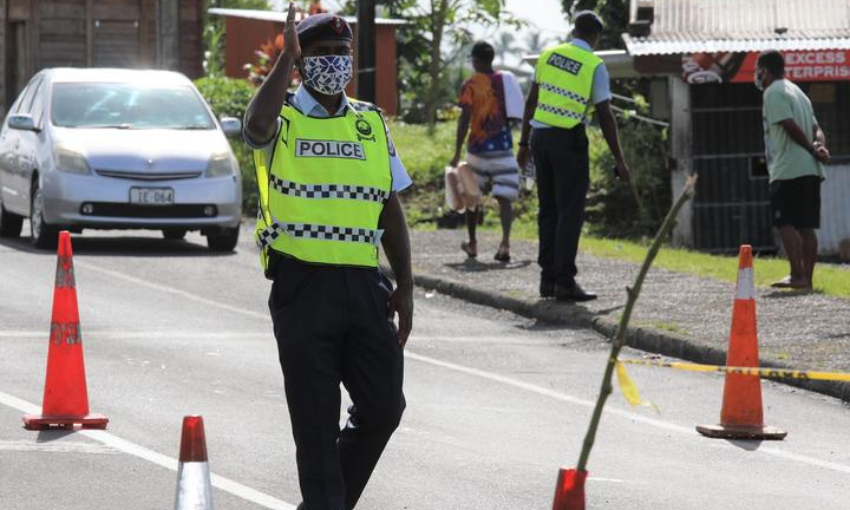 Movement is being restricted in Fiji as the country battles a second outbreak of Covid. (Photo: Facebook / Fiji government)

What about the vaccine?

I’ve had my first dose of the vaccination, and so yes, it does give me some confidence. Initially my son and daughter were warning me not to get it, as they wanted to wait and see if others were experiencing complications. But then they said go ahead. We’re getting the same vaccine as is being administered in Australia — AstraZeneca. Initially it was just for high-risk and older-aged people, but now anyone can get it.

When I went, there were just five or six people there, and it only took less than an hour. But now there’s been photos in the news of long lines of people waiting to get their injections. I have another shot in June. But Fiji is getting a limited amount of doses from overseas, so we’ll see. 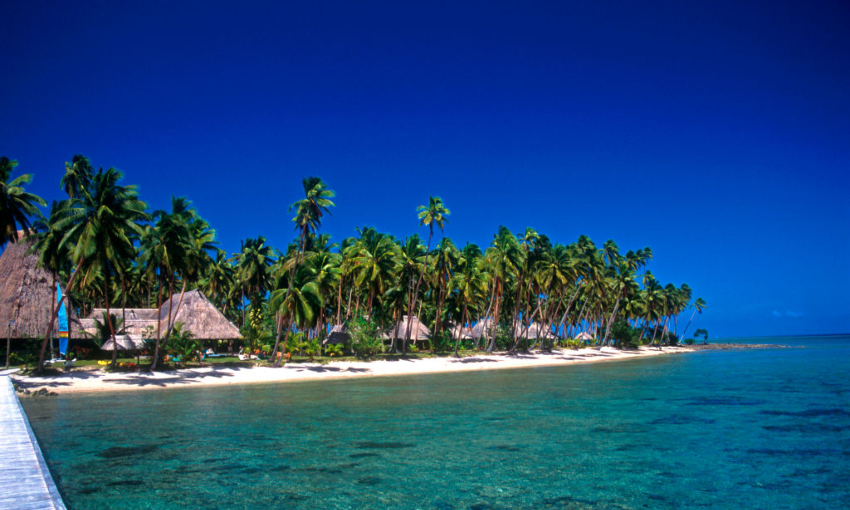 How are people feeling?

People were really looking forward to New Zealand and Australia opening the bubble to us, because we had been clear for a whole year, but now it’s all mucked up.

The economy now seems to be collapsing. So there is definitely some anger towards the government but people won’t say so publicly, because there’s also a lot of fear of the government.

People are being redirected away from hospitals, as those are now restricted to emergencies only — and if you’re admitted, the family can’t visit.

In Suva we’re OK. Most people have jobs and a house, as we’re not so reliant on tourists. Before Covid, Nadi [the country’s third largest city, population 71,048] was booming due to tourism, and now it’s chaos. In places like Nadi and Lautoka, people are really struggling as they don’t have any income, and some have had to resort to subsistence farming to eat, but then they still need to buy other stuff like sugar and butter.

Last year crime also increased and got a bit out of hand so they brought in a curfew, which is still in place. You can’t go out from 11pm-4am, so for those wanting to break into houses late at night they are quite restricted. But there’s still one or two happening, but a lot less compared to last year.

For myself, I’m just taking it day by day. I’m in my 60s and I’m thinking, why should I keep working? I don’t want to stress myself out for money. I’ve worked all my life, looked after my family, and at the moment we have some money so we’re OK. But maybe once the travel begins again, I’ll think about getting back into my work.

But it’s just a case of wait and see.

*Vijay is not his real name.