What are you going to be watching in December? The Spinoff rounds up everything that’s coming to streaming services this month, including Netflix, Amazon Prime, Disney+, Apple TV+, Neon and TVNZ OnDemand.

Industry (season 1 on Neon from December 2)

Think of the finance industry on film and you probably think of masters of the universe types shouting about derivatives while snorting cocaine off a prostitute’s back. Industry has all of those elements – the sex, the drugs, the impenetrable finance talk – but without the rich old dudes. Instead, this HBO/BBC co-production set among the trading desks of the City of London focuses on the young go-getters, recent graduates hoping to make it big while living in crummy flats and putting in 15-hour days at work. This is a bleak world filled with mostly unlikeable people, but like its spiritual cousin Succession, Industry is a queasily compelling watch all the same. / Catherine McGregor

Your Honour (season 1 on Neon from December 15)

Bryan Cranston loved breaking the law in Breaking Bad, and now he’s back in this legal thriller that sees him bending the rules to protect the ones he loves the most. Cranston stars as a well respected New Orleans judge who’s forced to subvert the legal system for his own gain when his family is involved in a hit-and-run accident that kills the son of a local organised crime family.  Cranston never makes a bad move (see: every episode of Malcolm in the Middle), and Your Honour might just be the show everyone talks about over Christmas lunch. / Tara Ward

Bridgerton (season 1 on Netflix from December 25)

Grey’s Anatomy and Scandal creator Shonda Rhimes makes her Netflix debut with a Gossip Girl-esque period drama. That’s the pitch. But honestly, if you need a reason to get away from your family on Christmas Day, my money’s on Bridgerton. The series, based on Julia Quinn’s novel series, is set in the brutal world of Regency London society, where the ups can be as dangerous as the downs. Julie Andrews provides the voiceover of the town busybody, Lady Whistledown. Trust me, this is what you’ll be watching between Christmas and New Year’s. / Sam Brooks

Euphoria (special on Neon from December 11)

For all of the (not entirely misplaced) criticism about how it erred a little too often towards glamorising the issues it claimed to be challenging, the first season of HBO’s post-Skins teen drama Euphoria was nevertheless refreshing for the not-always-flattering depth of its characters, the pure strength of its ensemble (Zendaya! Angus Cloud!) and its single-minded dedication to creating a universe that felt indebted to very little that had come before it. The arrival of Covid-19 forced the show’s creators to pump the brakes on production of its second season, but a pair of special “bridge” episodes – the first arriving in early December – should sate the appetites of those desperately awaiting new chapters in the life of Rue et al. / Matthew McAuley

Selena: The Series (limited series on Netflix from December 4)

J-Lo earned a Golden Globe film nomination for her 1997 portrayal of singer Selena Quintanilla, but this 10-episode drama will dig deeper into the Mexican-American singer’s rise to fame, her determined family, and her notorious death. It’s one hell of a true story, with a young Selena becoming one of the top-selling Latin artists of the 90s, before being murdered at age 23 by the president of her fan club. It’s the fairy tale with the unhappy ending, so bring your tissues. / TW

Ahikāroa (season 4 on TVNZ on Demand from December 11)

A third season of Māori TV’s answer to Shortland Street lands on TVNZ OnDemand this month, bringing us more drama about the messy lives of best friends Hemi (Neia Takuira-Mita), Geo (Turia Schmidt-Peke) and Smooch (Te Ahorangi Winitana). Ahikāroa is a slick, contemporary series that shifts seamlessly between te reo Māori and English, and tackles many of the issues faced by young urban Māori today. It’s also a reminder that we don’t have to look offshore to watch smart and compelling television. / TW

The Wilds (season 1 on Amazon Prime Video from December 11)

Watching The Wilds feels like playing a fun game of “name that Auckland location”, because Amazon Prime Video’s new thriller was filmed around the west coast beach of Te Henga (Bethells). The tense drama follows a group of teenage girls who find themselves stranded on a remote island after a plane crash, and if it sounds like a cross between Lost and Mean Girls, that’s because it is. There’s also plenty of familiar faces to spot, including Rachel Griffiths, Erana James and Tandi Wright. / TW

Long before Kirsten Dunst made the news for visiting New Zealand during a pandemic, she played Krystal Stubbs, a water-park employee with a kick ass attitude and a massive grudge. It’s 1992, and Krystal is about to con, lie and cheat her way to the top of the cultish multi-level marketing scheme that once ruined her family. All her dreams come true, until everything starts to fall apart.  Think The Vow, but funny and with bogans. / TW

The Prom (on Netflix from December 11)

If I’ve said it once, I’ve said it a thousand times: Ryan Murphy is a cultural vandal who needs to be stopped. He plunders art, literature and real-life stories and peddles them to the lowest common denominator. Even when the work is successful, it still has an air of salaciousness that taints it. After his bland and star-crammed adaptations of stage classics The Normal Heart and The Boys in The Band, Murphy has turned his eyes to a more recent offering: the critically beloved musical The Prom, which follows two Broadway stars (Meryl Streep and James Corden) trying to resurrect their public images by performing on behalf of a young lesbian couple who can’t attend their prom. He reteams with his music producer from Glee, so expect this to be the worst pairing of gay men since Leopold and Loeb. If you think I’m being harsh, watch the trailer. / SB

Mank (on Netflix from December 4)

After six years away from the big screen, acclaimed director David Fincher is back with a film that – in the year of Covid-19 – you’ll probably only watch on the tele. Mank, Fincher’s first film since Gone Girl (I know!), is a biography about writer Herman Mankiewicz, the screenwriter behind Citizen Kane. Gary Oldman is getting Oscar buzz for his turn in the titular role; he’s joined by Amanda Seyfried, Lily Collins, Charles Dance and Bill Nye (wait, what? The science guy? Yes). Typically, a black and white biopic about a long dead writer would do nothing for me, but with Fincher at the helm and a truly packed cast, I can’t wait to watch this. / Stewart Sowman-Lund

This is one of my most anticipated films of the year for a few reasons. Firstly, it’s the final screen performance of Chadwick Boseman, one of the best actors of his generation who unfortunately passed too soon. Secondly, it’s the reunion of Viola Davis with genius playwright August Wilson (also departed far too soon). Ma Rainey’s Black Bottom is not one of his most famous plays, but it’s one that heavily deserves the feature film treatment. In a slim year, this is already billed for a heap of Oscar attention, but honestly I think it’d be a contender even in a stacked year. Watch it as soon as it drops, I think. / SB 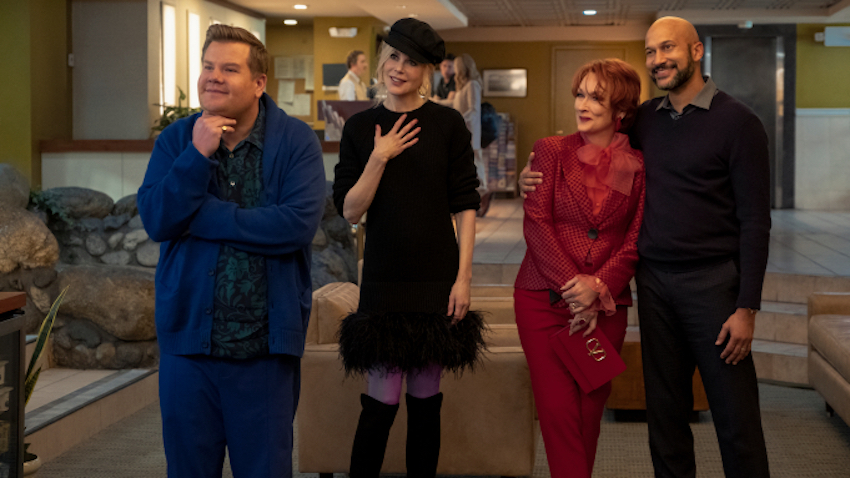 The unfortunate cast of The Prom.

The Holiday Movies That Made Us

Batman: Mask of the Phantasm

Lovestruck in the City

The Mess You Leave Behind

Vir Das: Outside In – The Lockdown Special

How to Ruin Christmas: The Wedding

Break It All: The History of Rock in Latin America

Anitta: Made in Honorio

London Hughes: To Catch a Dick

Shaun the Sheep: The Farmer’s Llamas

Your Name Engraved Within

The Magic School Bus Rides Again In The Zone

A Love So Beautiful

Call Me By Your Name 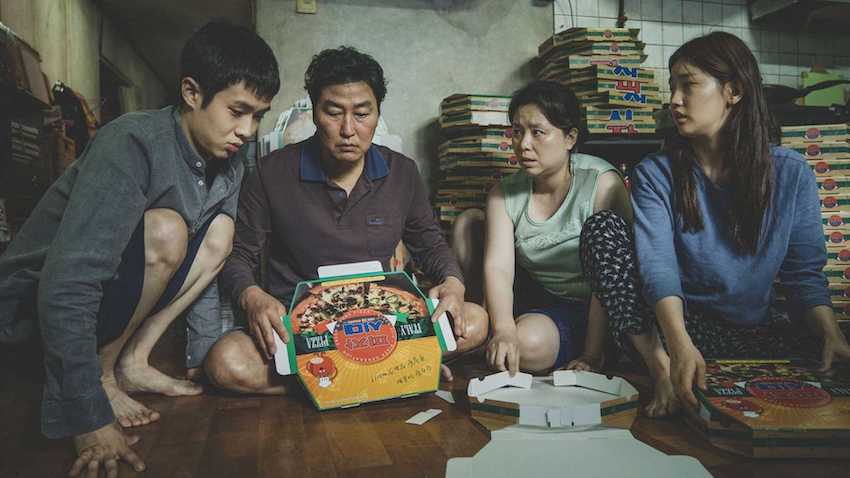 The family in Parasite.

Dora and Friends: Into The City Season 1-2

Bob the Builder: Snowed Under

Twinkle All The Way

The Walking Dead: Season 10A

100 Things to Do Before High School

Most Expensivest: Season 3B

The Pirates! Band of Misfits 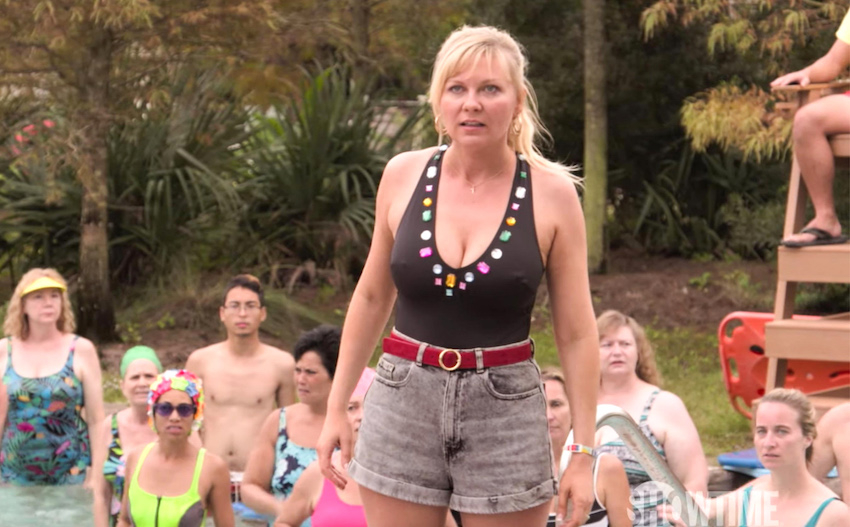 On Becoming a God in Central Florida

Four Christmases and a Wedding

Fat Guys in the Woods

For Love or Likes

Is the Man who is Tall Happy

The Vicar of Dibley: Season 1-3

The Rise of the Murdoch Dynasty 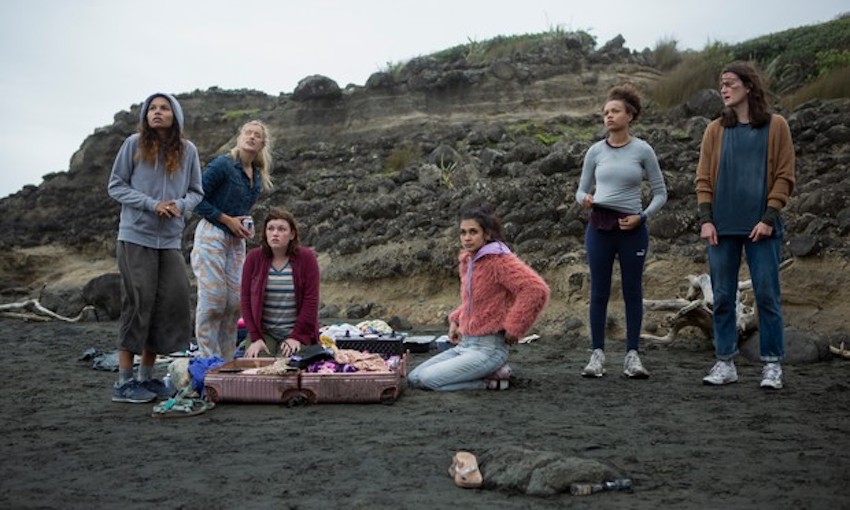 The cast of The Wilds. 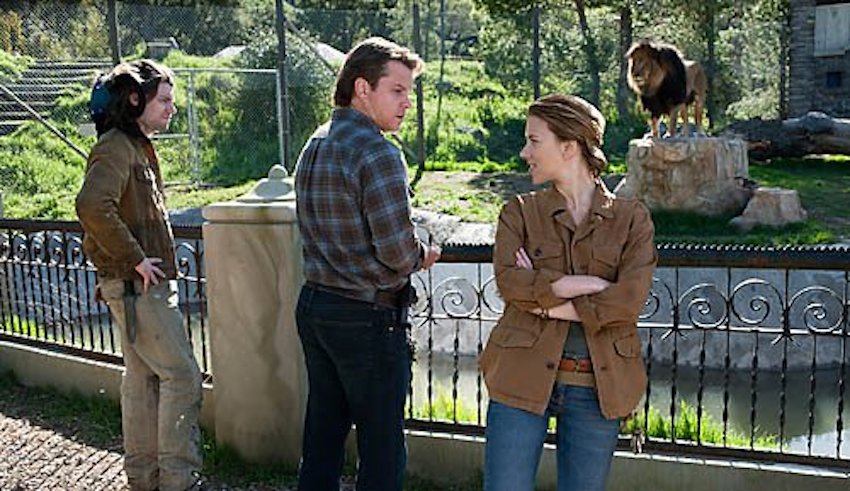 The zoobuyers in We Bought a Zoo.

Diana: In Her Own Words

We Bought A Zoo

Jingle All The Way

Jingle All The Way 2

The Chronicles of Narnia: The Voyage of the Dawn Treader The mystery solvers on Murdoch Mysteries. 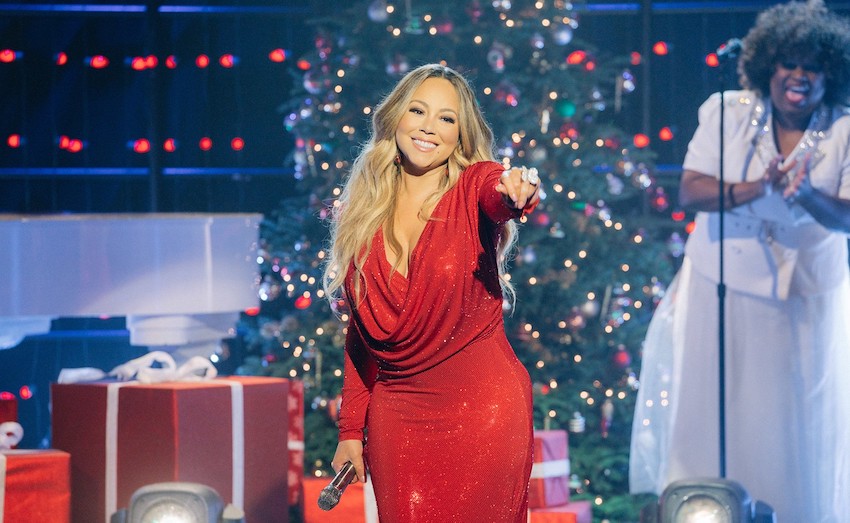 You know who this is.

Earth at Night in Colour