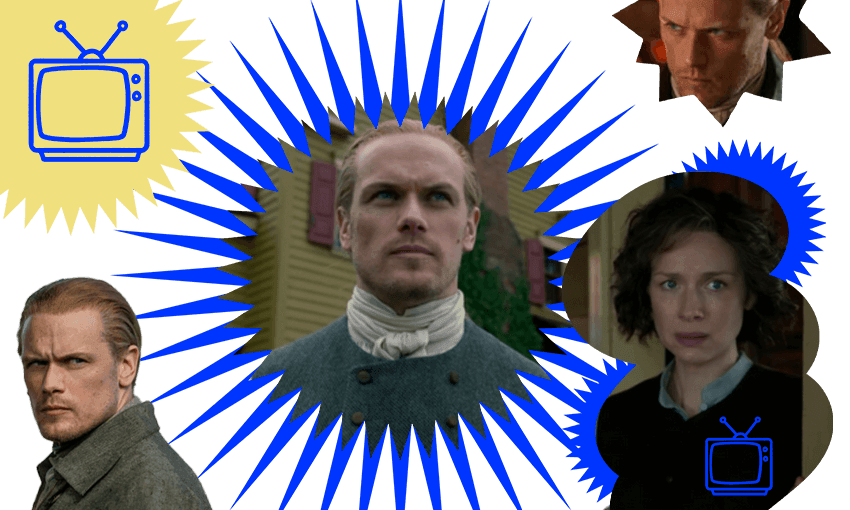 Outlander recap: going out with a bang

What’s the worst thing that could happen in the season finale of Outlander? Spoiler: it’s not nits. Tara Ward recaps episode eight of season six.

But Jamie and Claire endured more more than an itchy scalp in this finale. Just as Claire’s hair had grown out to a delightfully easy care length, the safety committee arrived to arrest her for Malva’s murder. They refused to leave without her and Claire refused to go with them, so there was nothing else to do but shoot the Fraser’s home to pieces. The committee’s angry bullets blew the windows to smithereens and ruined Claire’s beautiful velvet curtains, and it seemed like this might be it for the Frasers. Mrs Bug must have been spewing – she’s got quite the clean-up ahead of her.

Claire and Jamie barricaded themselves inside and waited for help, but quickly realised how few friends they had left. They began the season as local heroes, welcoming strangers to the Ridge and letting them make love spells out of human fingers, but Malva’s death left them with few allies. With Bree and Roger travelling and Ian away hunting, there was only old Mrs Bug and two thirds of the Beardsley throuple to fetch help. No wonder Claire and Jamie were worried.

But not all heroes wear capes, and it was Tom Christie who turned out to be the Fraser’s unlikely saviour. By nightfall, Jamie and Claire realised they had no choice but to leave with the committee, and Tom helped strike a deal that meant Jamie could stay with Claire on the journey to Wilmington. Tom suggested they sleep in their own bed for the night, a kind gesture that gave the terrified Frasers one last chance for a saucy cuddle before they were thrown in a wagon and driven to the gallows.

This season finale evoked all the tension and drama of season one, and the scene where Claire and Jamie’s wagon was stoned by angry locals was more nerve-wracking than the time when nobody liked Bree’s matches. Word spread through North Carolina about the short-haired murderous witch with the hot husband, meaning Claire had little chance getting a fair trial. Things were not good, and that’s even before Bree found the nits.

After a night of tent sex on their way to priest school, Bree and Roger discovered Jemmy’s golden locks were infested with lice. Bree cut Jemmy’s hair and noticed a birthmark on his skull, similar to one on Roger’s noggin. That freaky little mole answered the question of Jemmy’s paternity, even though they can’t compare Stephen Bonnet’s skull to confirm. Still, Bonnet’s testicles are in a jar in a pub somewhere, so maybe we should squeeze those suckers under Claire’s microscope and let science answer this mystery once and for all.

It seemed like Jamie Fraser was also about to be pickled, after he and Claire were forcibly separated by the mob. Just like last season’s finale, Claire was overpowered by a bunch of angry, unwashed men whose bodily stench would probably knock her out quicker than her DIY ether. Our heroine deserves more agency than this, and after Claire was taken to the nearest prison, Tom promised he wouldn’t leave town and slipped her money to survive. Poor Tom. I bet he really regrets not giving Claire that poo sample now.

Jamie Fraser wasn’t dead in a jar, but he was about to be put on a ship to Scotland. The season finale didn’t reveal who killed Malva, or show us what Roger looks like with short hair, or whether Lizzie regrets using the words “shrivelled like raisins” to describe sex with the Beardsleys. What we did learn is that Young Ian has impeccable timing, and that it takes a lot more than being tied to a pole on a beach in the middle of nowhere to get the better of Jamie Fraser.

Season six went out with a bang, with Jamie riding off into the sunset to bust his wife out of jail. Where’s a herd of wild cows when you need one? Like an innocent witch locked in a prison of her own misfortune, we can’t wait for season seven.