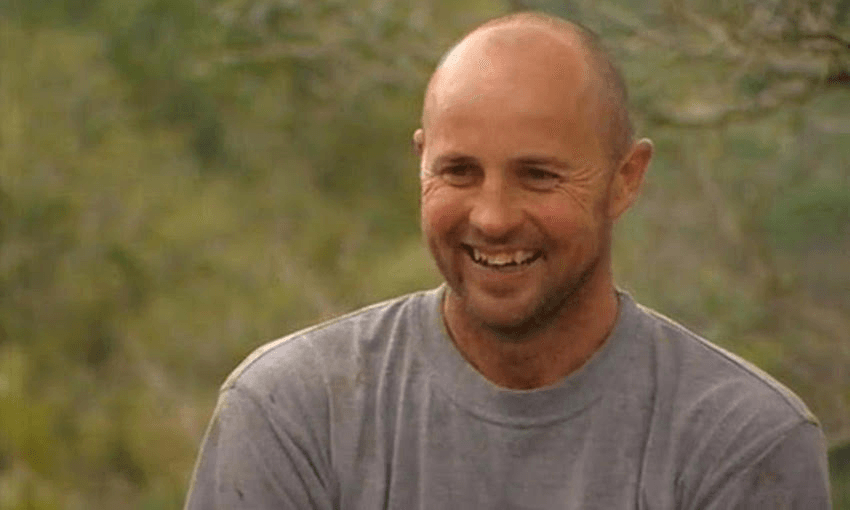 There was only one celebrity builder who ruled our screens at the turn of the millennium. It was John “Cocksy” Cocks, and we knew him best as the unassuming expert builder in home-grown reality shows like April’s Angels, My House My Castle, Cocksy’s Day Off and Celebrity Treasure Island.

As a TV host, Cocksy was as practical as he was unassuming. He was relaxed and approachable, explaining complicated building jargon so simply that even the most hammerphobic of us could understand. His down to earth nature and ‘good Kiwi bloke’-ness endeared him to the nation, as we watched him whip up DIY masterpiece after DIY masterpiece, fixing houses and changing lives all over the country.

Cocksy always seemed ready for a laugh, was always ready with the power tools, and showed a can-do attitude that put the rest of us to shame.

These were the qualities we needed in a TV tradie, and Cocksy rose to fame in the late ‘90s as the resident chippie in the classic (though sadly no footage exists) series April’s Angels and real estate reality show My House, My Castle. In contrast to the kooky antics of My House host Robert Harte, Cocksy was as solid and reliable as a centre truss. There was no problem too big, no renovation too small for Cocksy, who helped to fix the houses of out-of-luck, hard-done-by Kiwis.

He was the builder for the battlers. He put the nation back together, one piece of gib at a time.

But Cocksy did his best work on Celebrity Treasure Island in 2001, aka the finest reality show New Zealand has ever produced. Nicky Watson and Dominic Bowden would probably still be stuck on that deserted Fijian island if it weren’t for Cocksy, who made fire and solved confusing clues written in the latest txt msg speak like it was no big deal. The beach hut he designed was a piece of architectural brilliance, a luxurious oasis of fronds and wood that featured spectacular “indoor/outdoor feeling”.

If indoor/outdoor feeling was what New Zealand wanted at the turn of the century, then Cocksy bloody well delivered.

Those celebrities and their feelings loved Cocksy. We all did, with every fibre of our Dirty Dog sunglasses and low slung boardshorts. They called him their leader, their “MacGyver”, but Cocksy wasn’t having any of it. “There’s no ‘I’ in team,” he said modestly, before finishing the fire-starter made out of driftwood, building the ark, and reinventing the wheel. He won the series, of course.

Cocksy later returned to the Pacific for the explosive Superstars of Treasure Island, where he proved again that his skills went well beyond flooring and foundations.

Whether it was making rope out of bark on a deserted island or turning a kitchen into a sound recording booth on How Did You Do That?, Cocksy represented the qualities New Zealanders wanted to see in themselves. He was humble, he worked hard, and he could motivate a team of reality stars to dig a hole in the sand and feel proud about it. He fixed our houses without making a fuss, and ended up becoming part of New Zealand television history. We bloody loved him for it.