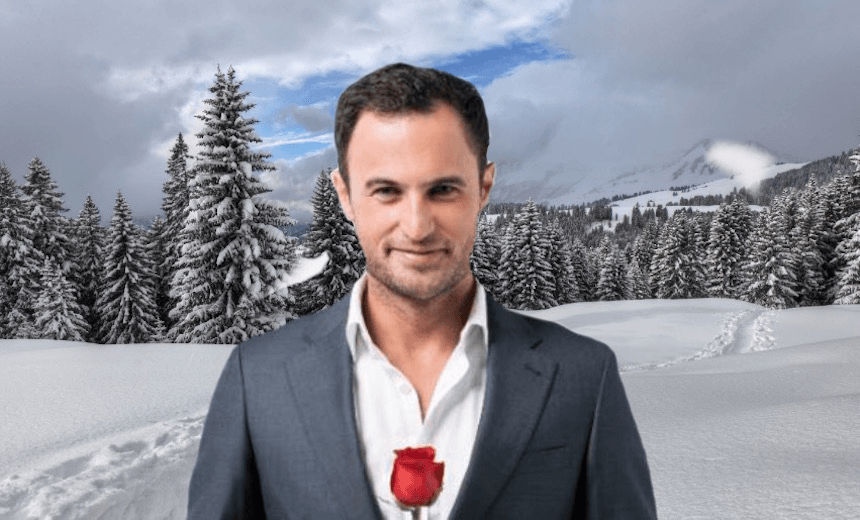 Confirmed overnight by the creator of the show, Jordan Mauger is set to represent New Zealand on the international Bachelor stage.

Jordan Mauger, conductor of the tremendous trainwreck that was The Bachelor NZ S2, is headed to represent New Zealand in The Bachelor Winter Games, a new spinoff of the dating competition set to air in 2018.

Mike Fleiss, US creator and producer of The Bachelor, confirmed Mauger’s participation in a tweet sent overnight. “Meet Jordan, #thebachelor from New Zealand,” he wrote, “He is just one of many international cast members competing in The Winter Games…”

The Bachelor Winter Games will be a new addition to the franchise, described by network ABC as “an ode to The Winter Olympic Games.” Bringing together previous notable contestants from across the world to compete in winter sports, there has also been speculation that runner-up Naz will be lacing up her ski boots.

Mauger had no comment about the casting when approached by The Spinoff, but did say “I look forward to talking to you in the future.” He expressed a dislike for the cold, and that “the only ice I really enjoy is in my drinks.” Since the end of The Bachelor NZ, Mauger travelled to the States and Mexico, where he “lost a little bit of myself and “found a little bit of myself.”

He also went to Burning Man.

Mauger’s Bachelor NZ career was checkered with controversy. Himself and Fleur Verhoeven announced their separation 24 hours after the finale, and Mauger later admitted on The Spinoff’s reality TV podcast The Real Pod that he had flipped a coin to decide the winner.

Although he remained tight-lipped on Winter Games, Mauger is certain that he has no plans to ever do another reality dating show on New Zealand shores. He says shows like The Bachelor NZ are “still in their infant stage,” and that the New Zealand public “can’t take it as entertainment.”

Here’s hoping he has better luck with the grown-ups overseas.