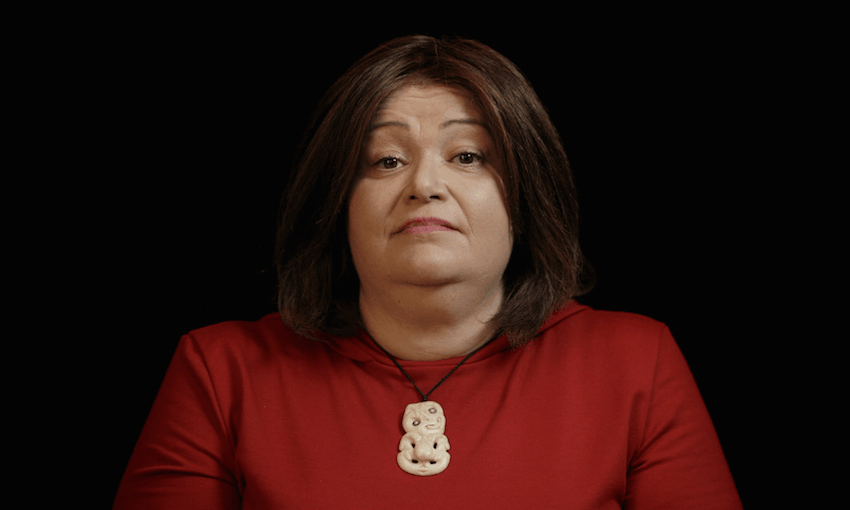 Marama Mullen, the subject of the first episode of TVNZ1’s new series, I Am.

‘I Am’ is a brutally honest and revelatory documentary series

Marama Mullen, the subject of the first episode of TVNZ1’s new series, I Am.

TVNZ’s new series of documentaries explores the experiences of New Zealanders living with adversity. Sam Brooks reviews I Am.

Following the same format as TVNZ1’s I Am Innocent series, which followed people who had been wrongly accused of heinous crimes, I Am follows individuals who have lived through adversity, with episodes that cover a New Zealander living with Aspergers, one who is transgender, and so on. The first episode follows Marama Mullen, a woman who was infected with HIV in 1993, and how she has lived with the disease since.

The documentary follows Marama’s life in the aftermath of being infected – including the media storm around the trial of Peter Mwai, the man who knowingly infected her. Most importantly, and crucially, the story covers what it’s like living in a Māori context with HIV, and the specific pains and struggles that this caused her. I’ve never heard this expressed before, especially not on primetime TV, and for Mullen to address and discuss not just this issue, but her own personal struggles with it, is huge.

This episode’s biggest asset is Mullen herself, who tells her story in a way that no performer ever could. There’s no artifice, no need to play up what’s happened to her; she tells her story with the maturity and grace that you’d expect from the woman who founded INA, the Māori, Indigenous & South Pacific AIDs Foundation, which provides advocacy and support for indigenous people in Aotearoa and around the world who are living with HIV. The makers of I Am seem to recognise what great talent Mullen is. There are no cinematic bells and whistles to make her compelling, they just place the camera on her and let her talk for an hour.

The one stumbling block of I Am… or at least of this episode, are the re-enactments. Re-enactments are a dicey, but often necessary, aspect of documentary, especially when there’s a dearth of actual footage, as there is in Mullen’s case. They can help to shortcut an audience’s imagination, providing and filling in gaps where the viewers themselves can’t, and they provide a narrative texture that you expect from television. The flipside is that was actually real becomes interpretation; what is fact becomes a kind of fiction that is re-interpreted and framed through performance and design.

What this episode gives us is a largely impressionistic view of Mullen’s ordeal – both the night of her assault and her life living with HIV. There’s almost no dialogue, and the re-enactments are there to support Mullen’s emotive retelling. There’s a tendency to overdo it, especially early on: the night of the assault is depicted in such a deeply stylistic manner that it seems like a Scandi-noir, and it distracts from the matter-of-fact starkness of Mullen’s storytelling.

The one moment when the re-enactments actually enhance the storytelling comes around halfway through. Mullen is talking about the aftermath of the attack, and she’s at the point when she realises the impact that her sickness has on her family and friends. The actress playing Mullen sits up in her hospital bed and starts to sing a waiata, which slowly falls back in the sound mix as Mullen’s voice-over comes back up. It’s a beautiful moment, and one that moves Mullen’s largely retrospective and reflective storytelling into the present. It turns it from a story into a reality.

And this is the strength of I Am: it turns what is theoretical in the brains of so many of us into something real and immediate. We know that people live with HIV, but to hear it from the point of view of someone who is living with it, and has also lived through the prejudice and stigma that comes from living with HIV, makes it startlingly real. It’s not revolutionary to say that documentary brings real stories to the screen – that’s the point of the entire medium – but the stories I Am has chosen are important ones to highlight, not least because they’re chronically under-explored.