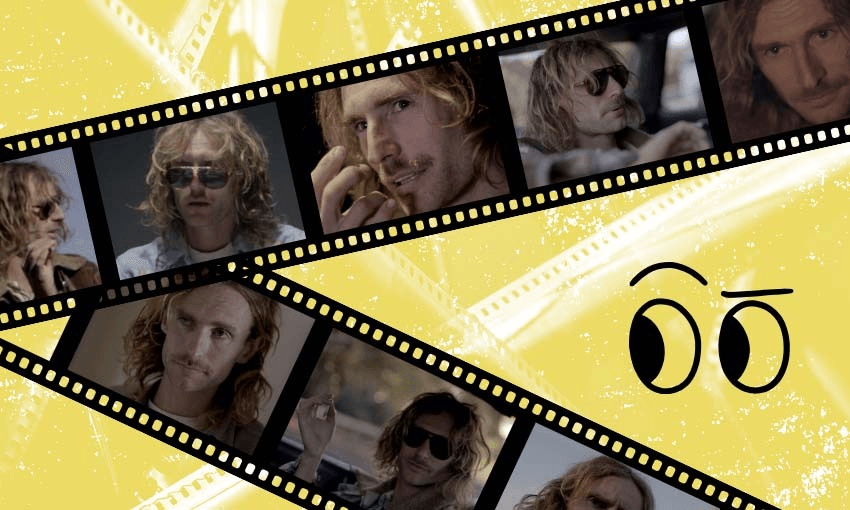 Ben Carter’s role in Cold Case was more than he bargained for. Image: Archi Banal

‘I thought I was an extra … apparently I’m the lead’

Ben Carter’s role in Cold Case was more than he bargained for. Image: Archi Banal

Ben Carter arrived on set thinking he’d be a background actor. From the moment cameras rolled, all eyes were on him.

He wasn’t trying to become an actor. Being on the big screen wasn’t his big dream. He’d never acted before. Nevertheless, earlier this year, on a whim, Ben Carter signed up to a talent agency with the hope of making a few extra dollars. A decade ago, he’d been to film school, and over the years has dabbled in various production jobs. He helped out with lighting on Netflix’s Cowboy Bebop. He knows his way around a film set. How hard could it be?

In the middle of the year, Carter got his first call-up. Would he like to play the part of a “Nissan driver” in an episode of Cold Case? The TVNZ 1 show, which screens at 8.30pm on Tuesday nights, tells a different story each week – usually a decades-old murder case or missing persons file – police would like the public’s help to solve. (Made by Screentime, Cold Case is into its second season and receives NZ On Air funding.)

To Carter, it sounded like perfect practice, a first step towards what he hoped would become a lucrative side hustle as an extra, the same thing hundreds of New Zealanders who appear in the background of Shortland Street and other local TV shows and movies do each year. The pay was only $25 an hour, and he’d have travel costs to cover, but Cold Case was a start. “This was perfect, in a way,” Carter says about appearing in a primetime show. “I didn’t have to do an audition.”

Carter claims no one at his agency told him how big his part was, or the role the Nissan driver plays in that particular episode of Cold Case. (KAM Talent, the agency that booked Carter for the role, didn’t respond to multiple requests for comment.) All Carter knew is that he would have to wear his own 90s-style clothes. He wears ripped jeans and flannel shirts anyway, so that wasn’t a problem.

But communication was patchy. Besides a list of times and locations for the shoot, Carter didn’t know any details about the episode, or his character. A day before it was due to start, he received a message telling him his character needed a moustache. A day is not enough time to grow a decent one. “Luckily, I figured I might need a moustache so I had grown one out,” he says.

Carter was booked for three days of shoots around Auckland: two full days, then a half-day. The night before, he booked a dog-sitter and drove down from his home in Whangaruru, Northland. When he arrived on set, he signed a release form, and cameras started to roll. “I got in front of the camera and they got me to start improvising as if I was talking to someone on the phone,” says Carter. “I was like, ‘This is pretty intense [for an extra]’.”

It didn’t stop there. Over the course of that first day, he was asked to make up lines on the spot, act menacing at a party, smoke fake cigarettes, and attack someone. He spotted an old school friend, Chris Coker, among the cast. “One of the first scenes I did was pushing my old school mate up against a wall … I hadn’t seen him since 2006, nek minnit I’m strangling him. It was really bizarre.”

Later, while filming a party scene involving a dozen other actors, something clicked. “I was beginning to notice the camera was focused almost entirely on me,” he says. “I’m going, ‘What the fuck? Am I … the lead actor?’”

When he asked questions, he couldn’t get answers. “I talked to multiple people,” says Carter. “I was going, ‘Hey, nobody told me I’m the lead … am I the lead?'” Other actors in the show didn’t know what was happening either. Carter had mixed emotions. He was enjoying acting, but felt like he was being taken advantage of. “It was really uncomfortable, kind of exciting, cool [and] weird. I was simultaneously frothing but also [thinking], ‘Fuck you guys’.”

That night, he went home and opened Google. Carter realised the episode of Cold Case he was starring in focused on Timothy Pridding, a Dunedin mechanic who went missing suspiciously in 1994. Carter was playing a suspect seen driving a Nissan who remains at large.

Over the next two days, Carter was asked to do even more intense acting work. At one point, he had an out-of-body experience when his character was arrested. “They put me in cuffs and had to drag me down the stairs and out onto the driveway,” he says. Again, no one told him why he was being arrested, or who he was yelling at. But he decided to go for it. “My whole body was pulsing with adrenaline.”

He enjoyed experiences like that but, over the three days, Carter’s enthusiasm waned. He felt like production might be hiring actors as “extras” then asking them to do much more than that to save money. He started to rebel, rejecting advice from wardrobe. “I thought, ‘You are not paying me enough to commit fashion crimes on national TV in my own clothes.’”

For his efforts, after tax and the agency had taken their cut, Carter was paid $228 for his three days of work. Once his travel and dog-sitting costs were paid, working on Cold Case cost him money. “I lost heaps of money,” he says. “The least they could do is cover my costs.”

When he questioned his agency, they passed his complaints to the production company. “They said, ‘You signed a release form.’ They pleaded ignorance. I couldn’t be bothered getting into it with them.” He told his agency to take his name off their books.

In response to Carter’s claims, a TVNZ spokesperson said re-enactments make up 30% of each Cold Case episode, and real-life detectives are the main focus of the show. Actors are booked as extras, or featured extras, to help illustrate each story. “These actors appear in a small selection of scenes that are often repeated across the 45-minute episode to emphasise elements of the investigation,” the spokesperson said. “While we never like to hear that someone is unhappy with their time on set, the production process has been consistent, transparent and fair across both seasons of Cold Case.”

Carter rejects those claims of transparency or fairness. Despite getting good feedback about his performance when his episode of Cold Case aired in early November, the incident has put him off acting. Instead, he’s found a different, and more lucrative, side hustle: he’s moved to the Waikato and is fixing up buses to turn them into liveable vehicles. He hopes talking about his on-set experience alerts other actors to potential industry issues, and stops them from being taken advantage of.

More than that, he’d like to see his Cold Case character, a suspect in an ongoing murder investigation, found, and Pridding’s 27-year-old cold case solved. “In no way do I want to take the attention off the case and put it on myself,” Carter says. He hopes detailing his awkward experience might have a different outcome. “Ultimately, I decided it makes sense to … get more eyes on the episode which could help the police with their investigation.”